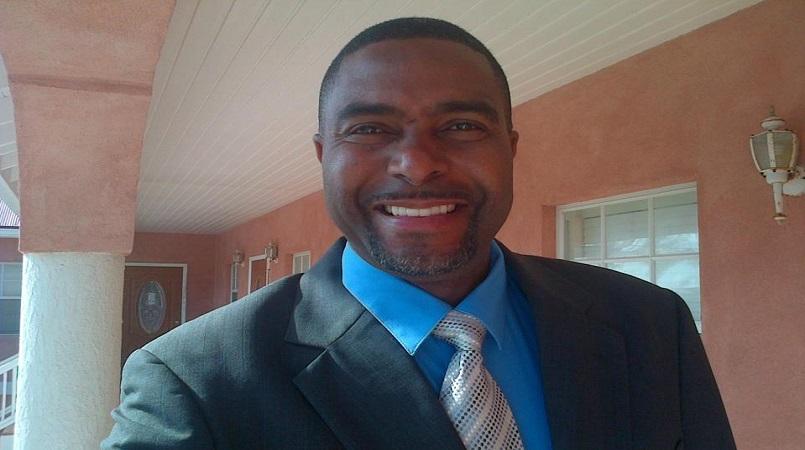 Oh dear, it's Friday the 13th and that can be unlucky for some!

Minister in the Ministry of Finance, Dr Ubaldus Raymond has found himself embroiled in an unsavoury situation where nude pictures of him are circulating on social media.

Now we all know what such a revelation did to Anthony Weiner. Last year it emerged that he had sent a photo of his crotch to a woman while his five-year-old son was sleeping next to him. In 2011, Weiner had to resign his position in the US House of Representatives when he accidentally tweeted a nude photo of himself that he meant to send to another woman.

In Dr Raymond’s case – it’s all out there!

Earlier today, a woman from Beausejour named Curshaby Alexander was charged under Section 223 (1) of the Criminal Code with attempting to blackmail the Minister.

At this time it is not clear how the nude pictures of Dr Ubaldus Raymond came to be in the public domain but it is certainly the talk of the town.

On this unlucky of days, Loop St Lucia brings you 13 Facts on Dr. Ubaldus Raymond:

1. Raymond obtained a PhD in Development Economics from Howard University in the United States.
2. He lived in the United States for almost 20 years and lectured there for fourteen years.
3. In 2010, his son was allegedly involved in the controversial death of Cyrus Cethas Cansiquot.
4. In 2011, on an SLP ticket, he contested the Castries North seat which he lost to Stephenson King.
5. He served as St Lucia’s Parliamentary Secretary in the Ministry of Commerce, Business Development, Investment and Consumer Affairs in the Kenny Anthony SLP administration.
6. Appointed a Senator, he was disgruntled with his position in the government and the direction taken by his party. He said: “I was never invited to Cabinet or given an opportunity to contribute toward our national development."
7. In 2012, he left his role in the Government of St Lucia to take on an appointment as Chief Economist of the Turks & Caicos Islands.
8. On his decision to leave St Lucia for a higher paying job in the Turks& Caicos, former Prime Minister of St Lucia, Stephenson King said: “I am not too sure whether we have lost a gem to another country. I believe Mr Raymond has simply come forward, placed his cards on the table squarely and fairly. The situation is that Mr Raymond is saying that despite his qualifications, he was not being utilized appropriately or effectively to the benefit of the country. “Mr Raymond has concluded... that he has found a more prestigious job in the Turks&Caicos Islands. Obviously the job he was doing here was not prestigious enough.”
9. In 2014, Dr Raymond stepped down from his job in the Turks& Caicos and his contract is not renewed.
10. He switched to the UWP and vigorously campaigned for Allen Chastanet’s UWP.
11. On the campaign trail, Dr Raymond declared: “Labour has failed and they have failed the people of this country. Kenny and Labour have embarrassed the people of this country and that’s the reason why we must take them out!”
12. Joined the government in a UWP administration as Minister in the Ministry of Finance.
13. Said that the budget for 2017 will not be a deficit budget but rather a balanced one with a four-year time frame, meaning a first-year budget tied to an additional three-year budget. He went on to say, “The government is not here to borrow new money”.