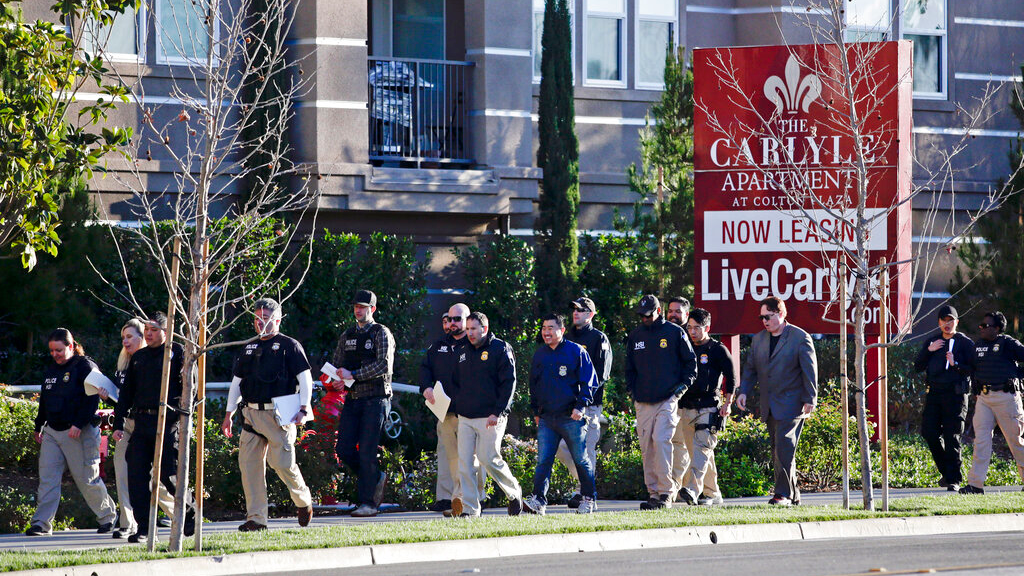 Dongyuan Li's business was called "You Win USA," and authorities say she coached pregnant Chinese women on how to get into the United States to deliver babies who would automatically enjoy all the benefits of American citizenship.

Over two years, the now-41-year-old raked in millions through her business, where mothers-to-be paid between $40,000 and $80,000 each to come to California, stay in an upscale apartment and give birth, authorities said.

Li, who was arrested Thursday, is one of 20 people charged in the first federal crackdown on birth tourism businesses that prosecutors said brought hundreds of pregnant women to the United States.

All three pleaded not guilty Thursday to charges including conspiracy, visa fraud and money laundering, according to Thom Mrozek, a spokesman for the U.S. Attorney's office in Los Angeles. Trials were scheduled for March 26.

More than a dozen others, including the operator of a third such business, also face charges but are believed to have returned to China, prosecutors said.

While it isn't illegal to visit the United States while pregnant, authorities said the businesses — which were raided by federal agents in 2015 — touted the benefits of having U.S. citizen babies, who could get free public education and years later help their parents immigrate.

They also allegedly had women hide their pregnancies while seeking travel visas and lie about their plans, with one You Win USA customer telling consular officials she was going to visit a Trump hotel in Hawaii.

U.S. authorities said the businesses also posed a national security risk since their customers, some who worked for the Chinese government, secured American citizenship for children who can move back to the United States and once they're 21 and then sponsor their parents for green cards.

"I see this as a grave national security concern and vulnerability," said Mark Zito, assistant special agent-in-charge of Immigration and Customs Enforcement's homeland security investigations. "Are some of them doing it for security because the United States is more stable? Absolutely. But will those governments take advantage of this? Yes, they will."

Messages left for Li and Dong's attorneys were not immediately returned. Derek Tung, Liu's attorney, said the growing interest among Chinese women to give birth to American babies drew attention to a phenomenon long employed by citizens of other countries.

His client had nothing to do with getting women visas from China but worked almost as a subcontractor to provide housing once they arrived, he said. "My client is merely the provider. The people who are in China are the ones in charge of everything," he said.

Birth tourism businesses have long operated in California and other states and cater to couples from China, Russia, Nigeria and elsewhere.

In the past, operators sometimes ran into trouble with local code enforcement officials when neighbors in residential areas complained about crowding or excess trash, but they didn't face federal scrutiny.

In 2015, federal agents in California raided roughly three dozen sites connected with the three businesses. More than 20 people were designated as material witnesses but some later fled to China and were charged with violating federal court orders, and a lawyer who helped them leave the country was convicted of obstruction of justice.

This week, a federal grand jury indicted four people who allegedly ran the birth tourism businesses until the 2015 raids, including Wen Rui Deng, 65, who is believed to be in China and accused of operating "Star Baby Care."

That business dated to at least 2010 but advertised having brought 8,000 women to the United States — half of them from China — and claimed to have been running since 1999, prosecutors said.

Each business brought hundreds of customers to give birth in the United States and some didn't pay all of the medical costs tied to their care, prosecutors said. One couple paid the indigent rate for their hospital bills — a total of $4,080 — even though they had more than $225,000 in a U.S. bank account they had used to shop at luxury stores including Louis Vuitton, according to court papers.

Li, who operated You Win USA and paid in full for a $2.1 million home in Irvine, California and a new Mercedes-Benz, told an undercover federal agent who was posing as a pregnant Chinese citizen that her company would train her to interview for a visa and pass customs, according to court filings.

At one point, the papers said, she also sent a text message to her husband about the business, saying "After all, this is not legal!"