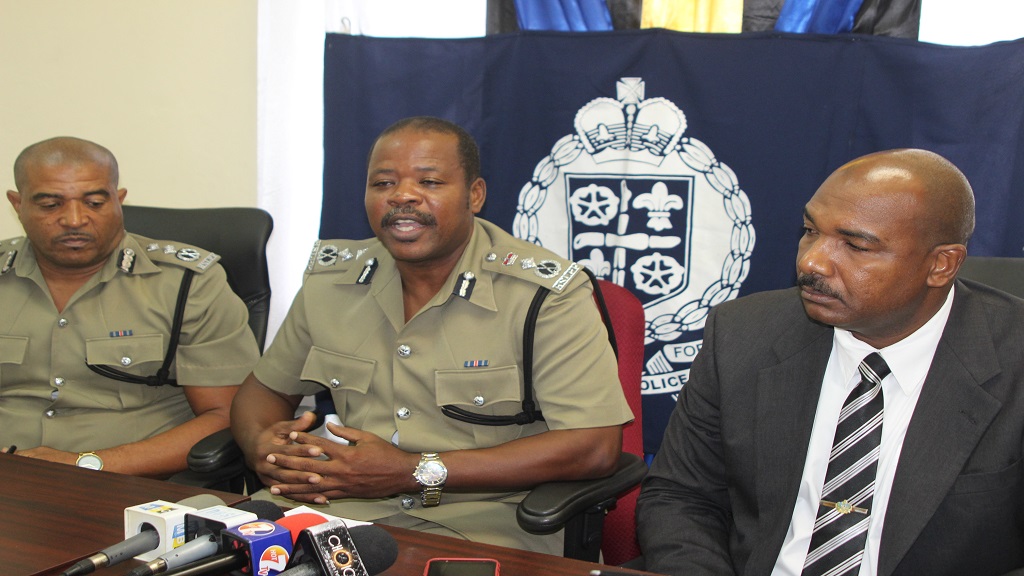 Saint Lucia today July 1st, 2019, recorded its 20th homicide for the year, inclusive of two police killings, when a 40-year-old of Millet succumbed to stabbed wounds about his body.

Police say they responded to a report of a stabbing in Millet, Anse La Raye, about 7:10 a.m. on Monday, July 01, 2019 and on arrival found Camillus Emmanus of Tete Chemin, Millet, in his residence with apparent stab wounds about his body. He was pronounced dead on the scene by a medical practitioner.

A post mortem examination is scheduled for tomorrow, however, one individual is in police custody in relation to the incident.

Police are calling on anyone with information regarding the fatal stabbing to contact the nearest Police Station or the Crime Hotline at 45-CRIME (4527463).

They are also asking for help in another homicide that occurred last Saturday afternoon in Fond St. Jacques, Soufriere. Officers attached to the Soufriere Police Station were the ones who responded to a report of a shooting in the area.

Police reported that masked individuals, armed with firearms, allegedly entered a business establishment in Fond St. Jacques, Soufriere where it was believed a confrontation occurred between the individuals and the proprietor, resulting in a gunshot being fired in the direction of 37-year-old Ison St. John, causing injury to his chest. He was pronounced dead by a medical practitioner at the scene. Ison St. John was a resident of Fond St. Jacques, Soufriere, but originally of Canaries.

A post mortem examination is scheduled for a later date. One individual is in police custody in relation to this incident.

The above killings come four days after a three-member police team headed by Commissioner Severin Monchery said one killing is too many in the country.

The trio, Moncherry, Deputy Commissioner Milton Desir and Wayne Charlery, responsible for operations in the police force, were at the time speaking to reporters about a number of recent violent occurrences in the country including last May’s police killing of 17-year-old Arnold Joseph.

Saying that police sympathized with the family of Arnold, Charlery gave an insight into their investigations to date asserting that the survivors of the car police chase through the City of Castries that particular night in May of this year were only charged with traffic violations.

This announcement was stunning seeing that police, in their initial response on the incident said a firearm was recovered from the car the deceased Arnold was in. He was shot by police when the chase ended near the junction of Chaussee Road and La Pansee Road.

“We could not charge on the firearm that was found since there was not sufficient evidence to link that firearm at the time to the individuals. Under the circumstances we had a deceased person on the vehicle so the circumstances presenting themselves were a bit complex,” Charlery said, softening the astonishment a little by stating investigations are ongoing and that all related samples have been collected and are undergoing examinations at the forensic lab. There were two survivors in the vehicle.

Contrary to earlier reports that a firearm was found in the vehicle Charlery said a 9mm handgun was found by the crime scene unit on one of the streets the chase occurred. Officers involved in the fatal shooting are still on duty and according to Charlery, “they are assiduously helping our major crimes unit in conducting investigations.”

“We are investigating, we have to be impartial as possible. We have not reached a stage in our investigation process as yet to determine whether they (officers involved in the fatal shooting) should not be on active duty,” Charlery said.

Police pursuit of vehicle in Castries ends in fatal shooting