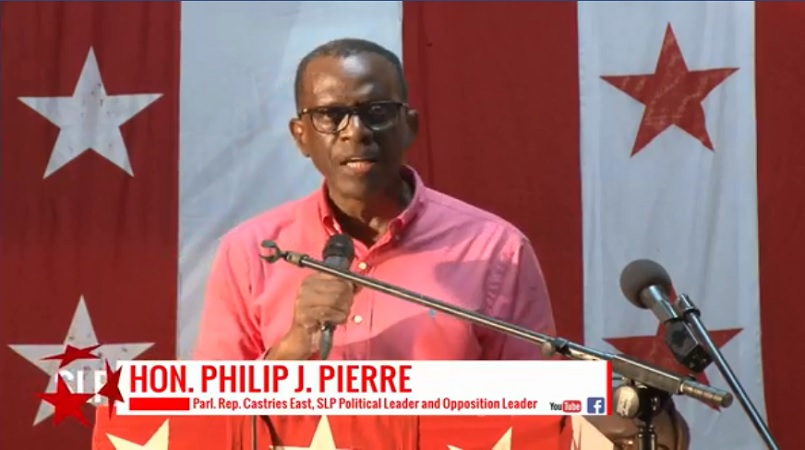 Today marks exactly three years since the United Workers Party (UWP) led by Allen Chastanet has been in office and it’s a day the party says it has a lot to celebrate about.

But the UWP is unperturbed by the SLP’s remarks, basking in the knowledge that under their watch an unemployment rate of 24 per cent that they encountered on entering office now stands at 15.5 per cent, a figure confirmed by the Central Statistics Unit.

With a church service scheduled for 6:00 p.m. today at the Odsan Pentecostal Church to celebrate its achievements to date, the government feels that it is in a good position as it heads into the remaining two years of its term in office.

Nancy Charles, UWP Deputy Chairman, underscored the overall enthusiasm of the party and government by saying that over the past three years government was able to turn the economy around and is optimistic about its future.

The SLP is not in agreement with Charles, as was demonstrated last night at a public meeting on the Castries Market Steps. Claiming that his party is strong and very much alive, political leader Philip J Pierre said that the last three years had seen Saint Lucians striding in pain, disappointment, desperation and with a growing anger at increasing hardships that confront them.

“Never before, in the history of our country, has it been so bad. Crime is out of control, corruption is rampant, our debt is rising, health care is in a crisis, Saint Lucians are being marginalized and victimized,” Pierre said.

The SLP leader said that over the past three years the UWP had governed the country in the most wicked, corrupt and vindictive manner ever seen in the history of the island.

“They have reversed the progress of our country, they have put our country in unnecessary debt, they have punished the people of Vieux Fort and the south by stopping the administrative building, they have probably shortened the lives of hundreds of Saint Lucians by stopping the construction of St. Jude Hospital and failing to commission the OKEU Hospital,” Pierre said.

He said the UWP three years in office are wasted years, years that comprised lies, deception, shame, hardship, pain and embarrassment for the country.