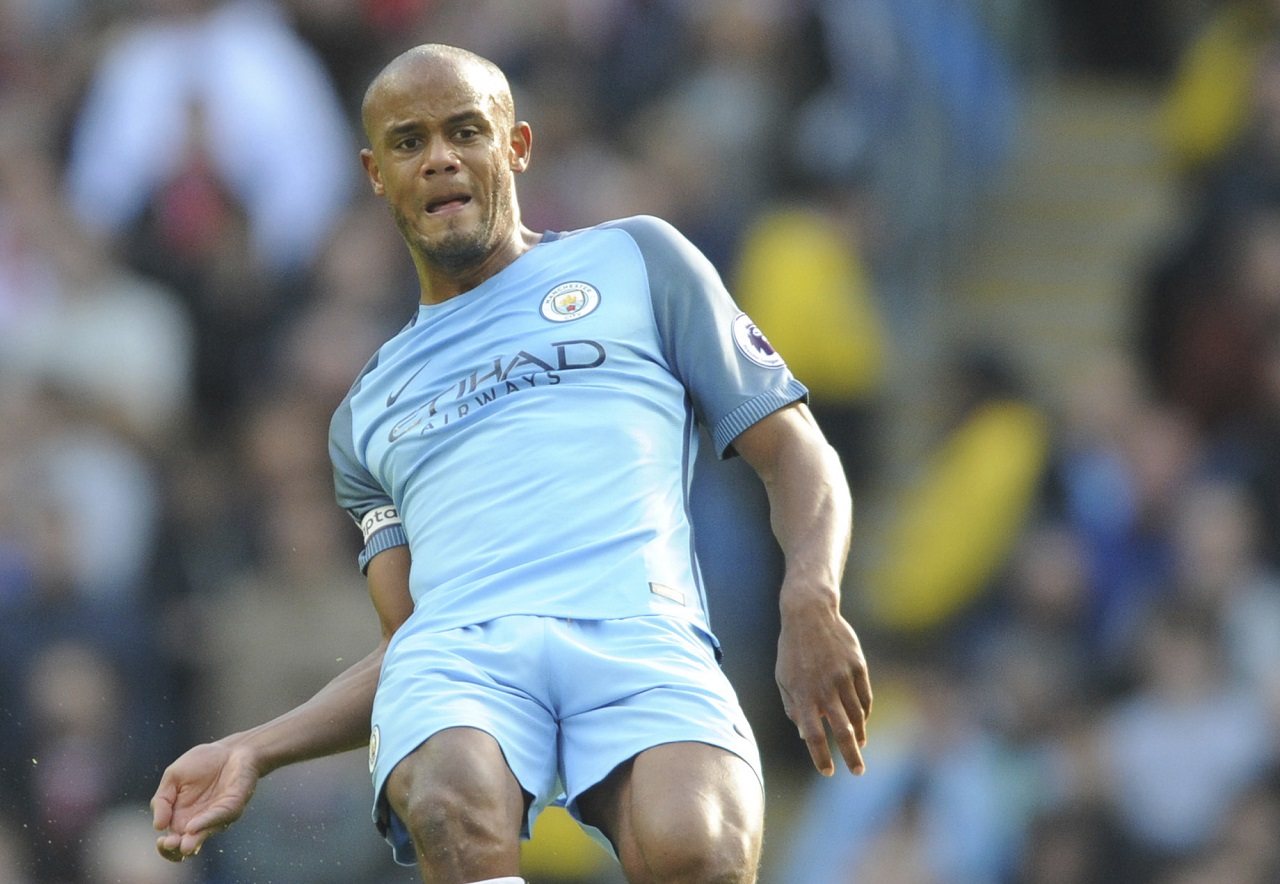 A Sunday, Oct. 23, 2016, file photo of Manchester City's Vincent Kompany during the English Premier League match against Southampton at the Etihad Stadium in Manchester, England.

Manchester City have spent more than $300 million in an effort to improve their defense since last winning the English Premier League in 2014.

It's a staggering amount of money — and still the problem is not fixed.

One of the most surprising moves in the summer transfer window emerged this week when City offered 18 million pounds ($23.2 million) for Jonny Evans, the former Manchester United defender who is club captain at West Bromwich Albion.

West Brom rejected the bid but are braced for another offer from the richest team in England.

"It would be crazy to say a team like West Brom won't sell if a team is going to put a huge amount of money in front of you," West Brom manager Tony Pulis said.

The fact that City manager Pep Guardiola feels he still needs to bolster his defense at this late stage of the window highlights the concerns he has about this area of the team. It also underscores the recent failings by those in charge of City's recruitment.

Kyle Walker, Benjamin Mendy, and Danilo joined in the space of 10 days in July, for around 120 million pounds ($155 million) in total.

There's still a wide-held belief that a player signed nine years ago, captain Vincent Kompany, is holding the defense together. For City fans, that is a worry — given the 31-year-old Belgium center back has been ravaged by injury over the last three years.

Kompany was fully fit in only the final two months of last season — he played six games in all competitions before April — and City lost just one of nine league games in that period. Without the captain, the 23-year-old Stones looked lost at times and Otamendi was often out of position and impetuous in the tackle.

Mangala, meanwhile, was out on loan at Valencia and it would be a surprise if he ever featured under Guardiola.

In terms of money paid for a player, the France center back has possibly been the biggest transfer let-down in Premier League history. A combined 80 million pounds for Otamendi and Stones also raised eyebrows.

If Evans does come to City then at least Guardiola has an experienced and reliable center back to fall back on, coupled with the fact he is homegrown which improves City's quota for European competitions. City started the season playing a three-man defense containing Kompany, Stones, and Otamendi, with the latter two players looking more comfortable with Kompany alongside them.

Guardiola was forced into an overhaul of his full backs after City released out-of-contract trio Pablo Zabaleta, Bacary Sagna, and Gael Clichy in the offseason, and released left back Aleksandar Kolarov for Roma at his own request. Kolarov's decision came as a surprise to Guardiola, who appreciated the Serbia international's versatility.

Knowing City's desperation to fill the void — particularly after the team missed out on signing Dani Alves, who eventually chose to leave Juventus for Paris Saint-Germain — Tottenham and Monaco ramped up the asking price for Walker and Mendy, respectively.

"Now the full backs are younger, they have energy in their legs," Guardiola said last week. It cost City a fortune for the privilege, however.

Letting go four full backs in one summer is an error of judgment and planning, but City has owners who are rich enough to solve the problem.

The full back situation is sorted now. There's two weeks left to find another center back, and Evans appears to be Guardiola's preferred solution.