Skip to main content
Breaking News |
Some hurricane season preparations were delayed due to COVID - King
Bail for 'Betty Clarke' and Nadeige Suffren on drug charges
Protester rates Govt's performance 'below zero' outside parliament
US police protests should be a lesson to St Lucia - Allison Jean
Latest batch of 72 COVID-19 tests all negative in Saint Lucia
National Trust takes to the streets again; will take matter to court
Trump threatens to send military to end protests
Getting COVID test could be a problem for those coming to St Lucia
School reopens for Grade 6 and Form 5 on Wednesday, June 3
Police investigating suspicious death of elderly Bagatelle man

4 goals in 6 minutes as Arsenal, Liverpool draw 3-3 in EPL 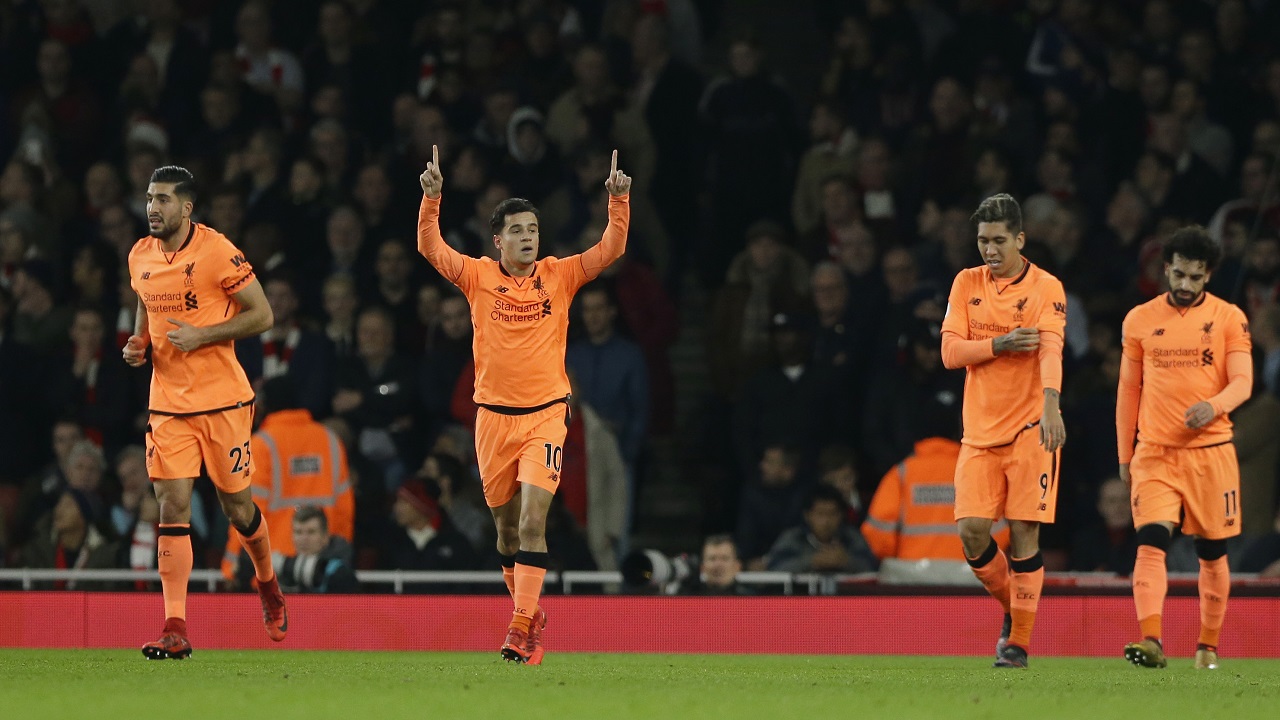 Liverpool's Philippe Coutinho, second left, celebrates after he scored the opening goal of the game during their English Premier League football match at the Emirates stadium London, Friday, Dec. 22, 2017.

Such were the depths of Arsenal's defensive ineptitude that the players were booed off at halftime at Emirates Stadium. And that was only when Arsene Wenger's side was trailing 1-0 following Philippe Coutinho's header.

Arsenal's troubles deepened seven minutes into the second half when Mohamed Salah was gifted even more space to double Liverpool's lead.

But inside 388 seconds, Arsenal was a force transformed. Liverpool paid the price.

Showing the desire and assertiveness completely missing in the first half, Arsenal pulled level through Alexis Sanchez and Granit Xhaka by the 56th minute.

Much to the fury of Liverpool manager Juergen Klopp, Mesut Ozil was able to dink the ball over goalkeeper Simon Mignolet to send Arsenal into a 58th-minute lead that seemed improbable minutes earlier.

But on a night when defensive and goalkeeping calamities showed why Arsenal and Liverpool are already out of the title race at the midway point, the hosts could not hold on to the lead. Roberto Firmino had the last say, putting the ball under Arsenal goalkeeper Petr Cech in the 71st.

The draw kept Liverpool in the fourth and final Champions League qualification place, 17 points behind City.

Arsenal is a further point behind Liverpool in fifth.

EPL ROUND UP: Liverpool, Chelsea in 1-1 draw; Own goal gives Man U win

Coronavirus cases in the Caribbean to date: 29,153