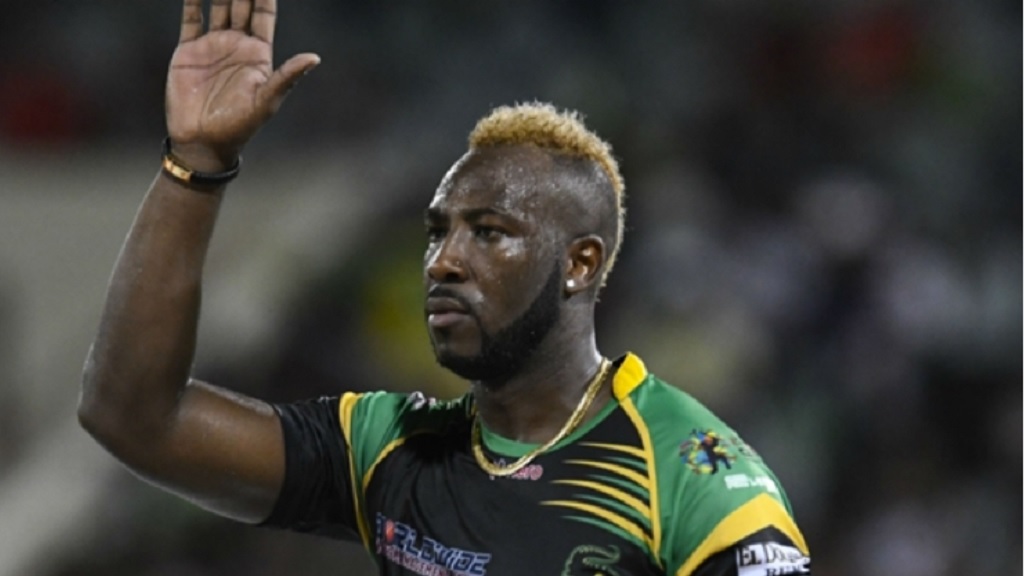 Andre Russell is among five Jamaicans included in West Indies' 15-man Cricket World Cup squad, but there is no place for Marlon Samuels.

Russell is included despite playing only a sole One-Day International (ODI) since 2015.

Explosive opener Chris Gayle, Fabian Allen, Oshane Thomas, and Sheldon Cottrell are the other Jamaicans named in the squad.

Russell missed the recent ODI and Twenty20 International series against England with a knee injury but has since starred for Kolkata Knight Riders in the Indian Premier League (IPL).

The hard-hitting batsman scored 392 runs in nine innings at an average of 65.33 and a strike-rate of 217.77, while he has smashed a tournament-leading 41 sixes, nine of which came in an innings against Royal Challengers Bangalore.

Russell has also picked up seven IPL wickets with his seam bowling.

Veteran opener Gayle is set to play at a fifth Cricket World Cup.

Gayle, 39, is 253 runs short of surpassing Brian Lara as the Windies' leading batsman in ODI cricket ahead of the tournament in England and Wales.

He is by far the oldest member of the Windies group that will be led by captain Jason Holder.

Meanwhile, Evin Lewis, Kemar Roach, and Shannon Gabriel are all involved, but there is no room for either Sunil Narine or Alzarri Joseph in the squad due to their respective finger and shoulder injuries.

Kieron Pollard has also missed out.

Lewis has won the battle with Jamaican John Campbell to be the opening partner for Gayle, who will retire from ODI at the end of the World Cup.

Chairman of the selection panel Robert Haynes explained that, in Roach and Gabriel, the Windies feel they have bowlers suited to the conditions they might face.

"We are excited about the pace attack led by Kemar and Shannon," he said. "We are confident that any bowling combination we put on the park is capable of providing a serious challenge to the opposition in any conditions.

"It will be a long tournament and it will be important for the bowling attack to stay fit and healthy for us to remain competitive and make a strong push to win the World Cup."