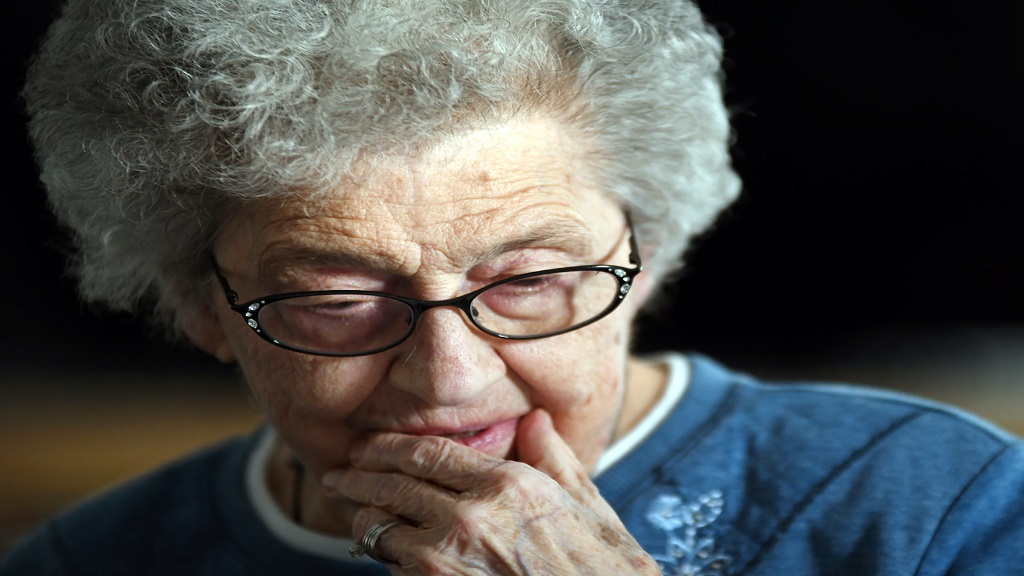 In this undated photo, Edna Schmeets, 90, reflects on being scammed out of her life savings by Jamaican criminals, at her home in Harvey, North Dakota (Mike McCleary/The Bismarck Tribune via AP)

A 90-year-old North Dakota woman who was robbed of her life savings by Jamaican lottery scammers says she has been paid back only US$287 of the US$400,000 she's owed.

Edna Schmeets of Harvey, a small central North Dakota town about 77 miles (124 kilometers) northeast of Bismarck, was the victim whose case launched what became the first large-scale Jamaican lottery scam case prosecuted in the US. All 31 defendants have been prosecuted, including 14 Jamaican nationals who were extradited from the Caribbean island. Authorities identified victims of the scam in 31 states, with more than 100 mostly elderly American bilked out of more than US$6 million.

"I'm so disappointed," Scmeets told the Bismarck Tribune of the small amount she's gotten back. She said she was told another check for US$138 is pending.

Federal prosecutors pledged to get at least some of the victims' money back. But offenders' inability to pay often limits the collection of restitution. According to the National Center for Victims of Crime, many victims wait years before receiving any money, and many never received the full amount they were owed.

Most restitution ordered in federal court cases is never collected, according to a US federal government report last year. The US Government Accountability Office studied Justice Department data and found that at the end of fiscal 2016, US$110 billion in previously ordered restitution was outstanding, and federal prosecutors had identified US$100 billion of that — or 91 per cent — as being uncollectable due to the offenders' inability to pay. 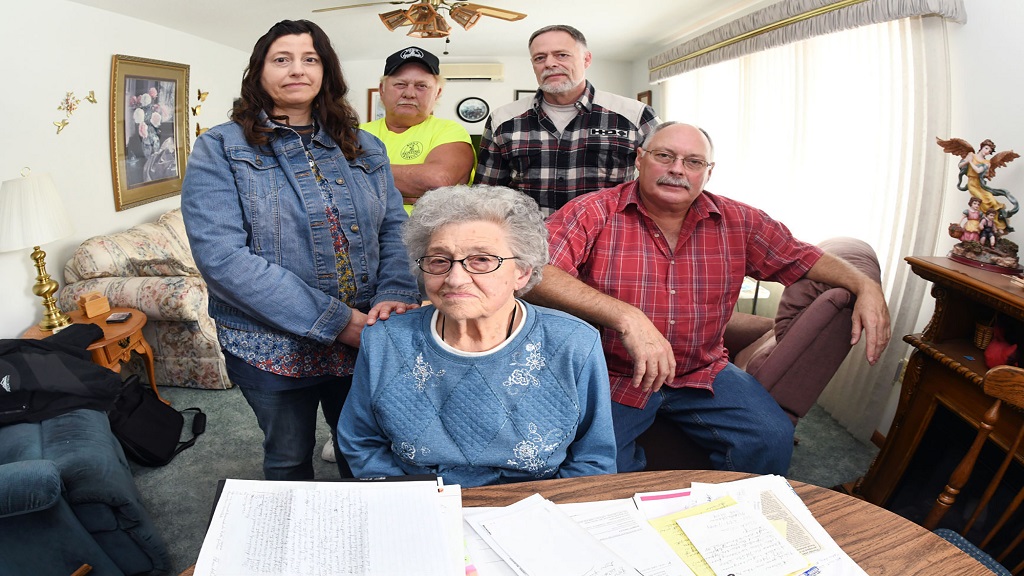 In this undated photo, Edna Schmeets, 90, poses for a picture with her children, from left, Lisa Appelt, and Ron, Tim and Jeff Schmeets, at her home in Harvey, N.D. On the table are some of the copious documents the family has collected detailing Edna's struggles since being scammed out of her life savings by Jamaican criminals. (Mike McCleary/The Bismarck Tribune via AP)

"Sadly, what you're seeing here (in the scam case) is all too typical, where victims are promised substantial restitution but the reality is much less," said Paul Cassell, a University of Utah law professor and special counsel with the National Crime Victim Law Institute.

Drew Wrigley, the US.attorney for North Dakota, said he empathizes with Schmeets.

"If we could monetize our gratitude, she'd be paid back in full immediately," said Wrigley, whose office recently was awarded a US Department of Justice award for cracking the case.

Scammers would call victims and tell them they had won money in a lottery but that they needed to pay advance fees to collect it. The scammers would then keep the victims' money without paying out anything. The case was prosecuted in North Dakota because that is where the investigation began into Schmeets being scammed.

In 2011, shortly after her husband died, Schmeets began sending large checks, provided her credit card number, borrowed money from her sister and cashed out life insurance policies after she was told by a scammer that she had won US$19 million in a lottery.

"I think about it every day; I always keep beating myself up," said Schmeets, who said she has no savings left. "How could you be so dang stupid?"

With the help of a bank worker, Schmeets' children eventually learned what was happening and alerted authorities, who started an investigation in 2012. Suspects were caught and prosecuted over the next seven years.

Most of the defendants accepted plea deals. The scam's alleged ringleader, Lavrick Willocks, was sentenced in 2018 to six years in prison and ordered to pay US$1.5 million in restitution.

"We're making every effort to secure every dollar of restitution that we possibly can collect," said Wrigley, the top US prosecutor for North Dakota,

But authorities face numerous challenges, including that many of the defendants live in a foreign country, which "adds another layer of bureaucracy," Assistant US.Attorney Jonathan O'Konek said.

Assistant US Attorney Nick Chase said scammers also have already spent much of the victims' money.

Former Jamaican student athlete charged with lotto scamming in US