AA refunds Texas doctor who was made to cover her romper 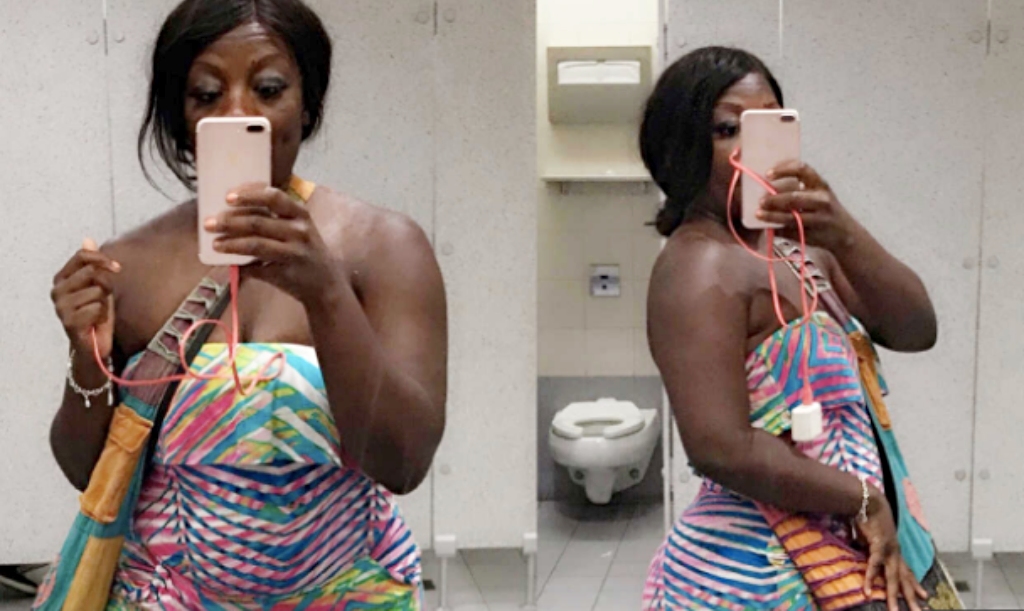 Dr. Latisha Rowe showed a photo of her attire on her Twitter page.

A decision to wear a tropical-print, bright coloured strapless romper on her trip home after vacationing in Jamaica got a Houston doctor removed from an American Airlines flight briefly.

American Airlines has since apologized to Dr. Latisha 'Tisha' Rowe who says she was humiliated after being told she couldn't fly unless she covered up her romper.

Rowe said she and her son - Chasey, were boarding a flight from Kingston, Jamaica, to Miami on June 30 when flight attendants asked them to step off the plane to talk, she told CNN's Brooke Baldwin on Thursday.

In the interview with Baldwin, rowe said a female flight attendant asked her several times whether she had a jacket, and when she asked why, the woman told her that "you are not getting on the plane dressed like that."

Rowe was wearing a strapless romper, so her legs, shoulders and arms were visible, but she said that nothing inappropriate was exposed.

"To me, that felt like a slap in the face, because I felt appropriately dressed," Rowe said. "But I'm being told indirectly, in front of my son that -- you know, it felt like 'you look like a slut, so let's fix this.' "

Rowe said she ended up wrapping a blanket around herself in order to board the plane.

On her social media, she tweeted about her experience with a picture of the outfit she was wearing.

Here is what i was wearing when @AmericanAir asked me to deplane for a talk. At which point I was asked to “cover up”. When defending my outfit I was threatened with not getting back on the flight unless I walked down the aisle wrapped in a blanket. #notsofriendlyskies

"My shorts covered EVERYTHING but apparently was too distracting to enter the plane," she said in a separate tweet.

Rowe is also the Founder of @rowedocs and Creator of @bossdoctors according to her Twitter bio.

Related article :Let's Talk: How are Jamaicans handling the heat?

"We were concerned about Dr. Rowe's comments, and reached out to her and our team at the Kingston airport to gather more information about what occurred. We apologize to Dr. Rowe and her son for their experience, and have fully refunded their travel. We are proud to serve customers of all backgrounds and are committed to providing a positive, safe travel experience for everyone who flies with us," Gilson said in a statement.

Rowe, a Houston family medicine doctor, said her 8-year-old son "was devastated" by the incident and took the blanket once they were seated and covered his face, her attorney GeoffreyBerg said. He was in tears when she checked on him, Berg said.