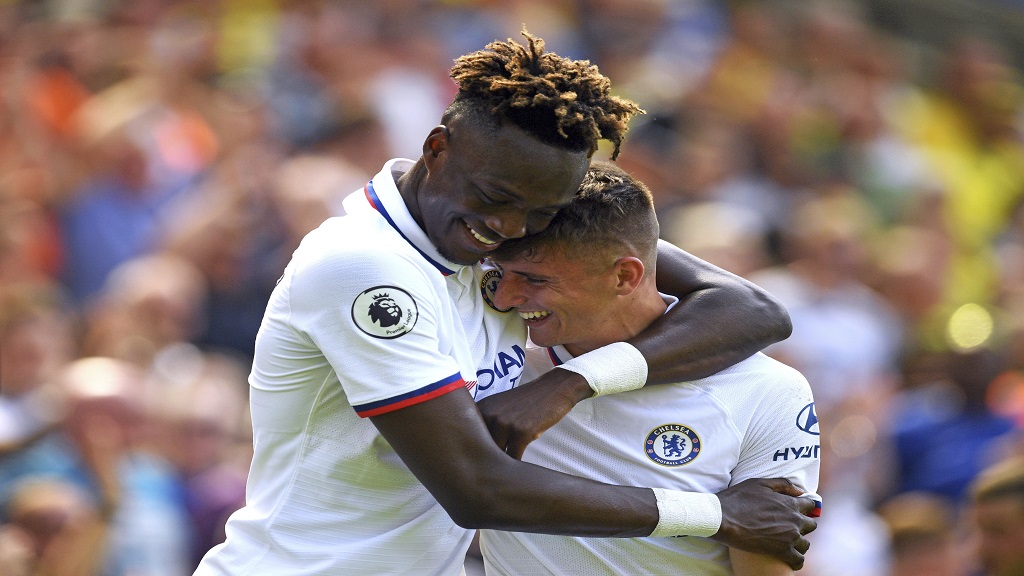 Tammy Abraham scored twice as Chelsea beat Norwich 3-2 in the Premier League on Saturday to hand Frank Lampard his first win as the club's manager in his fourth match in charge.

The young English striker had already opened the scoring in the fourth minute of a wild game at Carrow Road when he controlled a pass forward and smashed home a fierce shot from the edge of the area for the winner in the 69th.

Lampard, Chelsea's all-time scorer who took over from Maurizio Sarri this offseason, has shown faith in youth in his early weeks at the helm and another youngster, playmaker Mason Mount, scored the team's other goal against the promoted hosts.

Chelsea had lost 4-0 at Manchester United and been held 1-1 by Leicester in their opening two league matches, while also losing the UEFA Super League to Liverpool in a penalty shootout.

Teemu Pukki, an early sensation in the Premier League this season, made it five goals in his first three games in the English top-flight by scoring Norwich's second, having laid on the first for Todd Cantwell that brought the home side level.

Norwich have lost two of their opening three games, against Liverpool and now Chelsea — two of last season's top three.

Ben Godfrey came closest to earning Norwich a draw when his header from a corner crashed back off the crossbar.

Tottenham are 'real contenders' for the Premier League – Guardiola