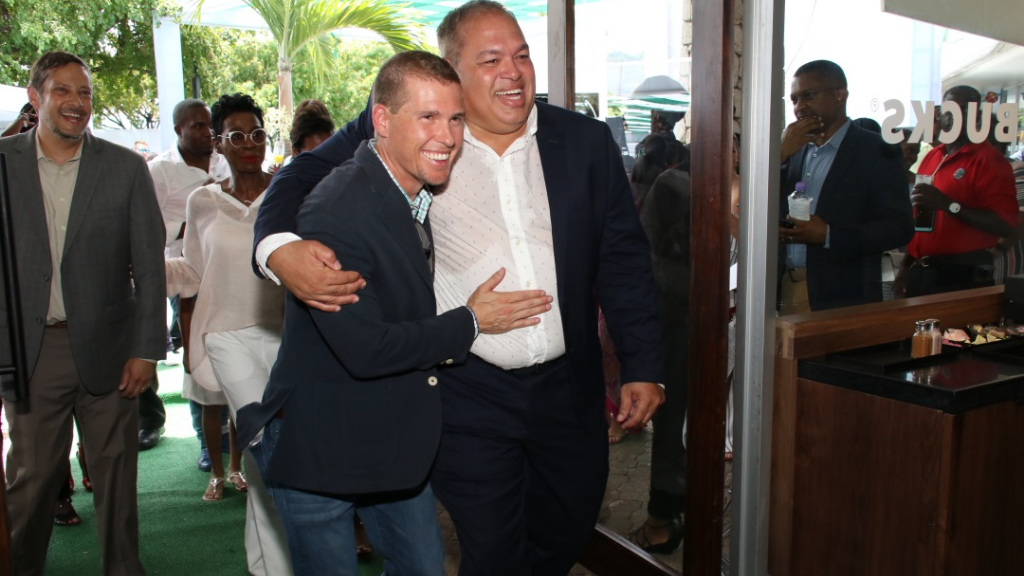 With five Starbucks locations already launched in Jamaica, Caribbean Coffee Baristas plans to open another two stores there by the end of the year. By 2020 the aim is to have 15 operational Starbuck stores.

“We plan to roll out at least three stores in Cayman .We are looking to grow the franchise across the Caribbean and see to it that our teams are both professional and successful. Our partnership works brilliantly. Ian (Dear) was instrumental in building Margaritaville and has operations in islands of the Caribbean. From my Group’s perspective, we are not always in the same islands as Ian so this venture gives us both an expanded footprint and that’s what I think Starbucks saw in us – our reach across the region.”

Stewart and Dear came together two and a half years ago to bring Starbucks to Jamaica. They recently sent 12 Jamaican coffee farmers to Costa Rica to meet with Starbucks Global Director of Agronomy to study efficiencies in coffee production. 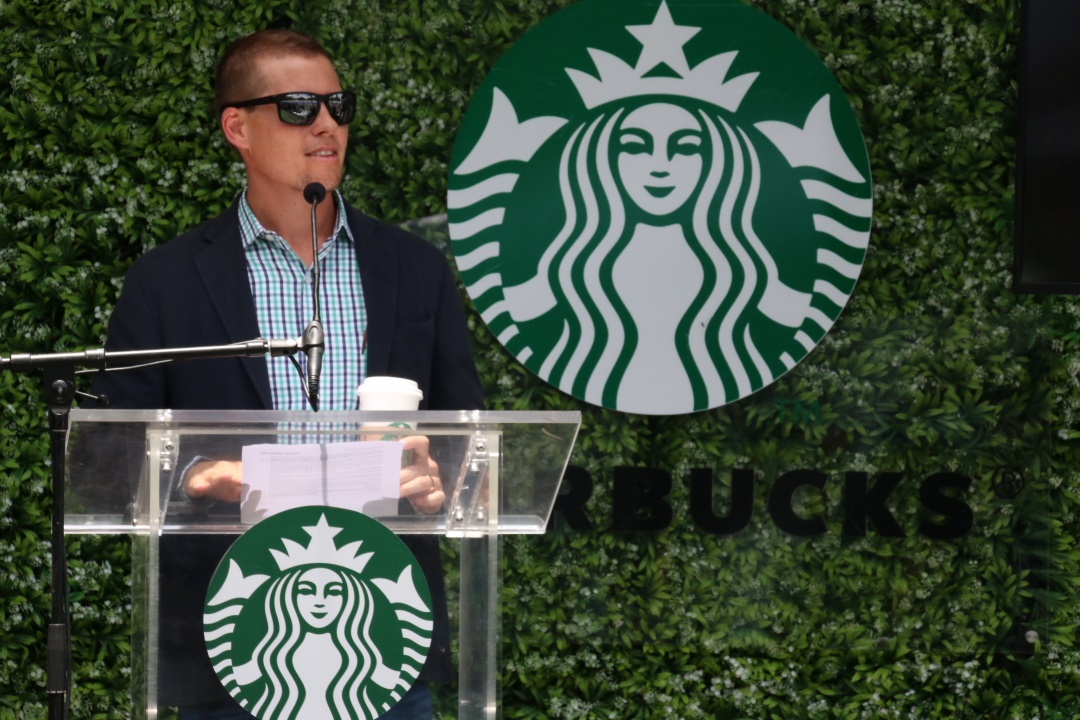 Dear added: “Starbucks is the right fit for the region. We have great coffee in Jamaica and thought Starbucks would be a great platform for our native coffee and can take it to an altogether new level. We want to help build a true coffee culture in Jamaica.

“We will roll out in Montego Bay, Ocho Rios and Kingston and look to cruise ship ports, then look to take the brand outside of Jamaica into the wider Caribbean.”

Caribbean Coffee Baristas now employs 60 people and by next year plans to increase that number to 200. In 2020 the company is expecting to have over 300 employees.

Starbucks employees at the store opening in Liguanea, Kingston in June.

Minister of Agriculture, Audley Shaw has noted that coffee production today is around 50 per cent of where it was ten years ago. Then Jamaica was producing 500,000 boxes a year and today that has fallen to 240,000 boxes.

Both Stewart and Dear see Starbucks helping to get production levels back to levels last seen ten years ago. They announced that since forming their partnership with Starbucks 18 months ago, Starbucks has seen a doubling of its consumption of Jamaica Blue Mountain Coffee.

“We want to work with Starbucks to see more consumption of Jamaican coffee and bring a little of Jamaica to Starbucks worldwide. This deal with Starbucks is totally endorsed by the Minister of Agriculture. Starbucks will be creating a blend called the “Jamaica Blend” which will be pushed out to 1,800 stores across Latin America with the intention to later place the Jamaica Blend in 15,000 stores across the world," Stewart said.

“So not only do you get the local agricultural sector driving consumption but you also have a Jamaican brand in thousand of stores across the world. Linkages is a real thing happening here with Starbucks and we are looking to grow the brand exponentially  to the benefit of Jamaica.” 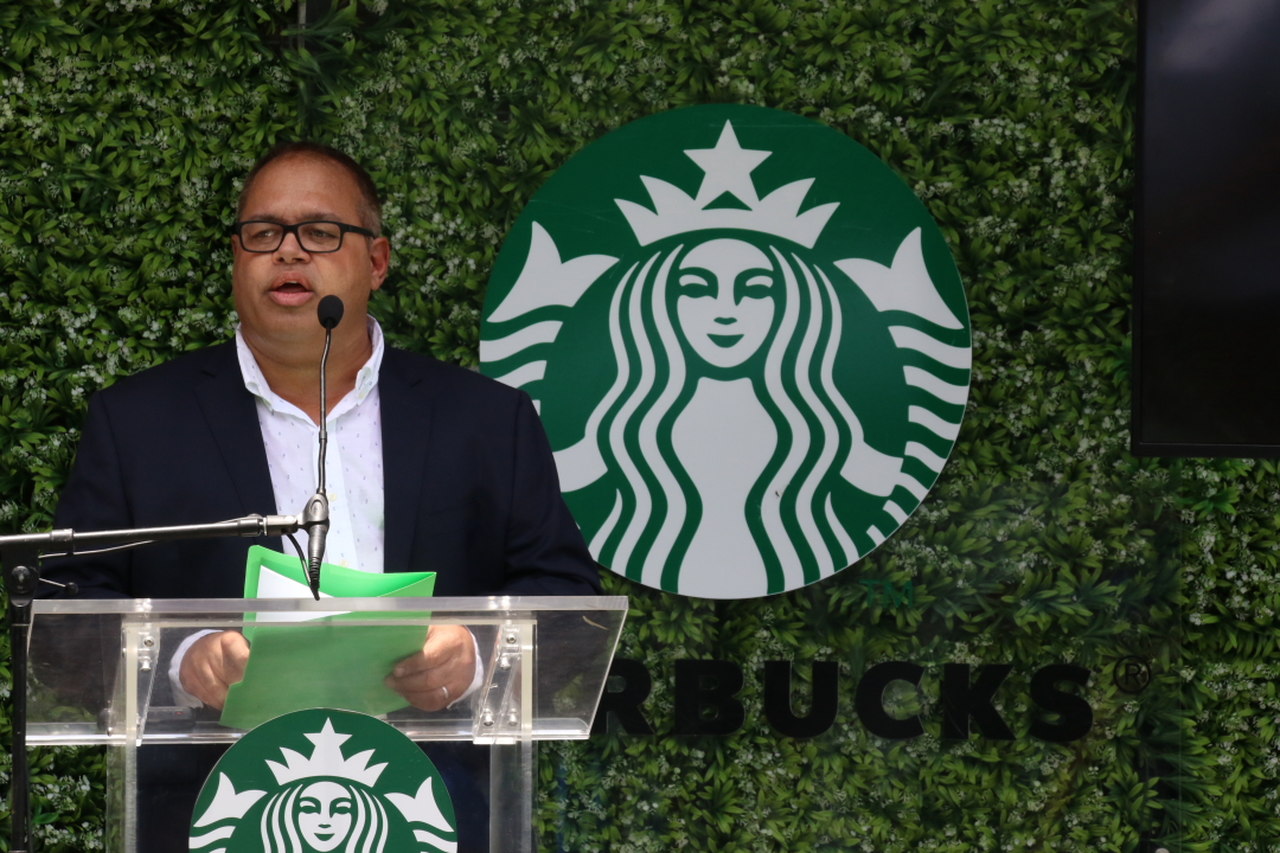 Championing Jamaican coffee, Dear said: “We have one of the best coffees in the world so why wouldn’t we want to make that a centrepiece in all our stores. We will always be serving Jamaica Blue Mountain Coffee in all our outlets. The stores are one thing, but if you look at Starbucks’ distribution network, it is a huge opportunity to utilize it for our global distribution of Jamaican coffee. It is incredible! “Once we can create the right product that goes through all Starbucks’ stores and is served daily, that’s where the numbers are.”

Stewart made it clear there are no plans to have Starbucks in Sandals hotels across the Caribbean.

“Today, Sandals serves 8.4 million cups of Jamaica Blue Mountain coffee blend every year in our hotels across the region. We use 5.4 million pounds of agricultural products a year and of that sum 4.9 million is Jamaican produced.

“Starbucks is a separate venture run by Caribbean Coffee Baristas and is focused on the retail space,” said Stewart.