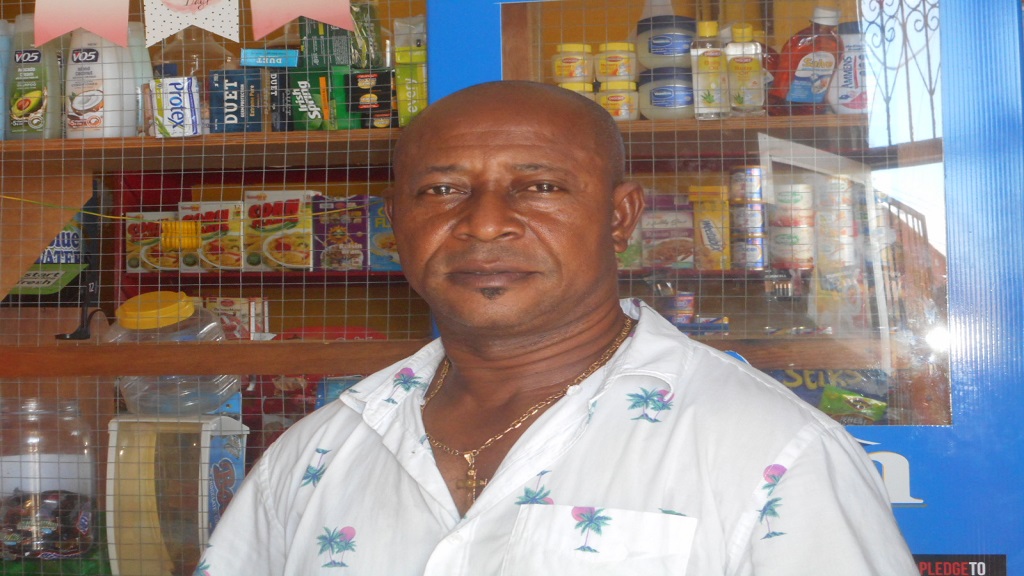 An African born comedian, who has been living in St Lucia for almost 17 years, is making a name for himself in the local entertainment industry.

Ogbonna Christian Amaechi, alias 'OGB' has unlocked his true potential as a comedian in St Lucia during a show in Vieux-Fort where he resides.

In his performances he usually leaves his audience in uncontrolled laughter as he belts out his artistic ability.

Even in his casual conversations, the comedian, whose name is now becoming a household name in the town of Vieux-Fort, creates much amusement.

“Whenever people see from a distance they start laughing because they expect me to crack a joke and make them laugh,” Amaechi told Loop News in an interview.

According to him, his talent was first brought to the fore while he was president of the Rotaract Club of St Lucia (South) at a show they held in Vieux-Fort. He recalled one of his friends, also an African, who was at the show felt he could do a better job than the MC’s and as a result asked that he (Amaechi) be given a chance to entertain the audience.

“I really entertained the audience at the show. They enjoyed my jokes,” he said.

According to Amaechi, who has performed in a number in shows in various parts of the island, he cracks impromptu jokes. “I would just look at you and crack a joke on you and make everybody around laugh,” he said.

He said being able to make people laugh is now natural for him.

According to the comedian, sometimes it’s not what he says that makes people laugh but how he says it.

Amaechi recalled that while he was performing in a show someone told him to watch his weight because of the size of his belly, to which he retorted: “Yes, I am watching my weight that’s why I put it in front of me so I can always see it.”

He said his response created quite a laughter among the appreciative audience at the show.

According to Amaechi, a mechanical engineer by profession, while living in St Lucia he has travelled to England and China to perform, where he was well received by his audience.

He said while growing up in his place of birth, Nigeria, he witnessed other family members performing in shows but he never did. He said such talent runs in the family.

Amaechi, who operates a minibus in Vieux-Fort, said he will always find time to perform in shows, and will continue to perfect his skills in comedy.