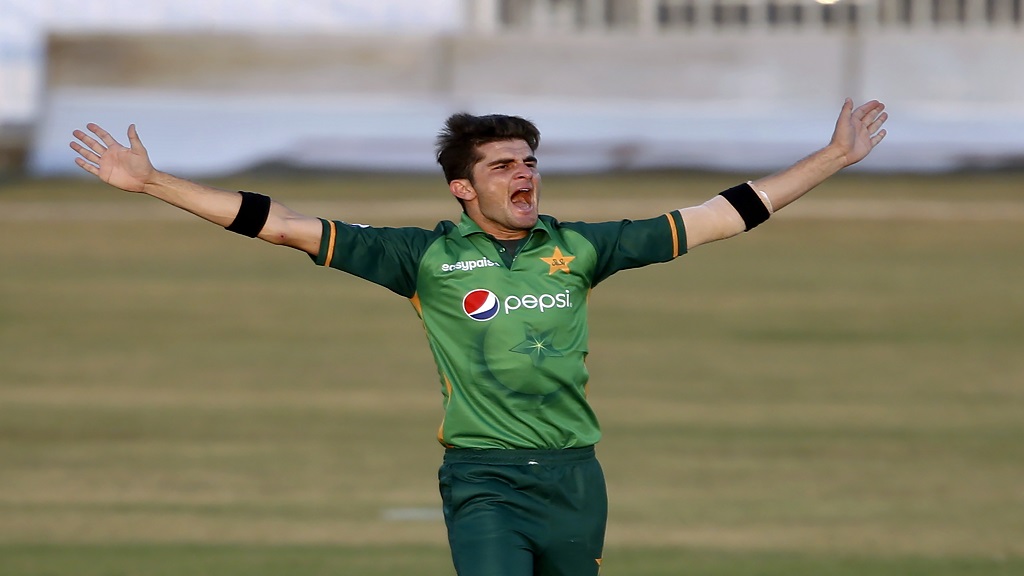 The match also marked the beginning of both nations’ 2023 World Cup qualification campaigns.

In Pakistan’s first home international game with no fans because of COVID-19 restrictions at the Pindi Cricket Stadium, left-handed batsmen Haris Sohail (71) and Imam-ul-Haq (58) struck half-centuries in their team’s total of 281-8.

The three-match ODI series is part of the International Cricket Council’s World Cup Super League. Seven of the 13 teams in the league will directly qualify for the 2023 Cricket World Cup in India.

Taylor had kept Zimbabwe in the hunt by hitting 11 fours and three sixes until Afridi returned and had him caught at mid-off in the 47th over. Zimbabwe lost their last five wickets for only 15 runs in space of 18 balls.

Taylor and Wesley Madhevere (55) shared a 119-run fifth-wicket stand that put Zimbabwe’s chase back on track after Afridi and Riaz had reduced Zimbabwe to 115-4 in the 27th over.

But once Riaz broke the partnership by clean bowling Madhevere, Afridi followed up with the key dismissal of Taylor and swung the game in Pakistan favor.

“He (Taylor) played an outstanding innings, but I had confidence in Shaheen Afridi and Wahab Riaz,” Babar Azam said after winning his first ODI as Pakistan captain. “Once Shaheen had Taylor’s wicket, I was sure we are going to win the game.”

Earlier, Zimbabwe's players didn’t show any rustiness despite this being their first international game since March as they tied down Pakistan’s much-fancied stroke-players through their pace and spin early on.

Left-arm spinner Tendai Chisoro (2-31) and fast bowler Blessing Muzarabani (2-39), who is making a comeback after two years, were the pick of the Zimbabwe bowlers.

Babar, who won the toss and elected to bat, hit three crisp boundaries in his knock of 19 before he was caught behind off Muzarabani while attempting an expansive drive away from his body.

Imam survived a television referral for an lbw when on 11 and went on to hit six fours. However, soon after completing his half-century, he fell to a bizarre run out when he and Sohail both ended up on a striker’s end.

Sohail finally departed in the 42nd over after hitting six fours and two sixes when off-spinner Sikander Raza (1-45) had him caught behind. Sohail didn’t return to the field during Zimbabwe’s chase.

All-rounder Imad Wasim successfully overturned a caught behind decision against him early in his innings. Pakistan made 90 runs in the last 10 overs to reach a reasonable total as fast bowler Carl Mumba returned with 1-69.

Misbah to step down as Pakistan cricket chief selector

Pakistan sign off tour of England with series-tying T20 win

England going to South Africa next month for 3 ODIS, 3 T20s