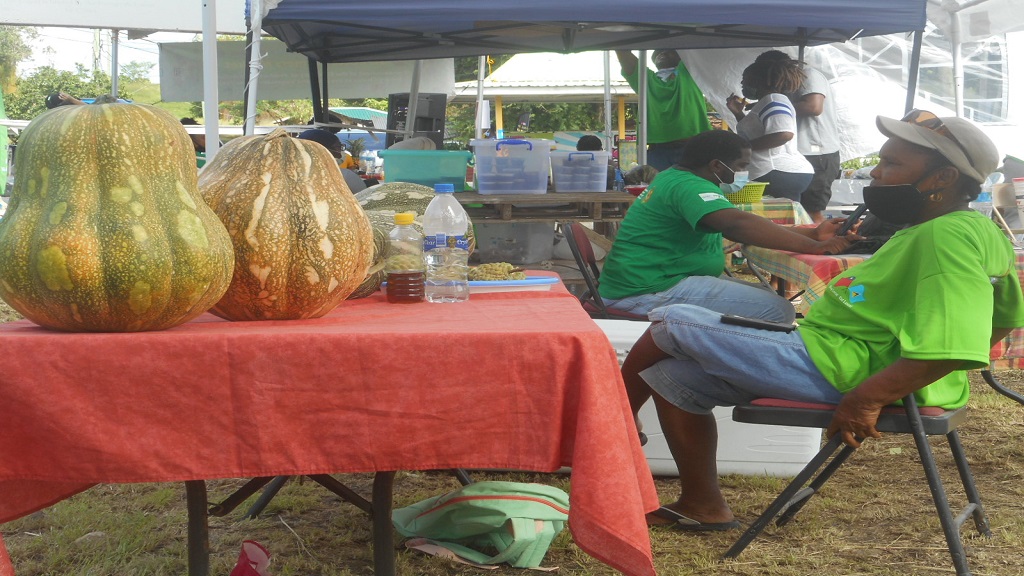 A farmer plying her trade at a farmers market

Dealing with the perennial problem of a glut of certain agricultural produce on the local market has continued to be a headache for farmers and a challenge for the Ministry of Agriculture.

Despite attempts by the Ministry of Agriculture to deal with the problem, which farmers feel deep down in their pockets, the problem persists.

At the moment there is a glut on the market for pumpkins which has resulted in major businesses such as Massy Stores and the Saint Lucia Marketing Board ceasing purchasing it because of the amount they have in stock.

The situation has resulted in its price being dipped to as low as $1.00 per pound at some of those established businesses.

“It is very challenging for us as a ministry. That part of agriculture poses the biggest challenge for us,” Chief Extension Officer in the Ministry of Agriculture, Kemuel Jn Baptiste told Loop News.

Jn Baptiste said he has been in agriculture for close to 30 years, and they have not been able to address the problem.

“Every year we have those extraordinary situations, where no one is paying attention, everyone is planting whatever they want and whenever they choose, and we end up with the same circumstances,” Jn Baptiste explained.

According to him, they now have a new data system in place which they are working with to try to see if they can keep track of production on the ground. He said the data is aimed at providing them with information that will enable them to notify farmers as to what the better crops would be for them to cultivate.

“We have the Marketing Board to absorb the excess, but it is not working very well,” he said,

Jn Baptiste said the best thing to do would be to organize the export market, but that in itself is challenging.

“It’s a challenge to control the supply. We don’t have any mechanism to force people to do one thing or another,” he said.

Jn Baptiste said most farmers plant certain crops based on the weather pattern.

He advised them to ensure that what they plant can be absorbed by the market, and what the soil can produce.

“If you want to grow a particular crop, do it in a controlled manner,” Jn Baptiste said, adding that the market is available but at a reduced size.

Earlier this year, Minister of Agriculture, Ezechiel Joseph urged farmers not to overproduce amidst the pandemic because their markets have been significantly reduced.

Farmers impacted by COVID-19 get additional $1M from Cayman government