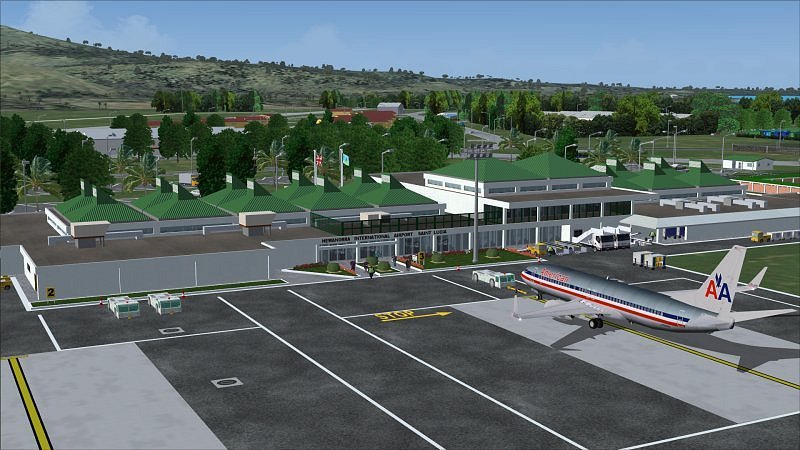 The People of Saint Lucia are finally set to see the Hewanorra International Airport Redevelopment Project take off as the Government of Saint Lucia continues to deliver on its promise to expand and improve local infrastructure.

This project is essential to Saint Lucia’s overall economic growth, especially as the island continues to expand as a leader in leisure and business travel. Prime Minister and Minister for Finance, Economic Growth, Job Creation and External Affairs, Honourable Allen Chastanet, explained that the Government has been preparing for this project by starting the Airport Development Charge in January 2018.

In order to ensure this project starts in the New Year, the Minister for Finance on Tuesday brought a resolution before the House to guarantee a loan of US$100 million from the Export–Import Bank of the Republic of China (Taiwan) for the Hewanorra International Airport Redevelopment Project on behalf of the Saint Lucia Air & Sea Ports Authority (SLASPA).

The Prime Minister explained that the among the objectives of the HIA project was to alleviate the congestion during peak arrival, to implement urgent investments that will position SLASPA to take advantage of Saint Lucia's competitive advantage as the ideal location for a hub for regional travellers, improve the earning potential of SLASPA and to expand the infrastructure of Saint Lucia and increase the capacity of the country to accommodate growth.

The Minister of Finance also explained to the House of Assembly the myriad of shortcomings of the current airport, among them the inability to handle increased arrivals.

“As at the end of 2017, the HIA handled 715,955 passengers with 16,879 aircraft movements. The HIA is currently operating well beyond its limits, with the terminal building in particular straining to accommodate passengers at peak times. The continued increase in passenger arrivals while crucial to Saint Lucia’s economic development has placed tremendous pressure on the facility which suffers from a myriad of design challenges which limit the facility’s ability to meet current and future market demands.”

The airport also has several inadequacies including the number of check-in counters and absence of automated check-in facilities, space allocations for the Immigration services and inadequate road infrastructure to facilitate the seamless operations of ground transportation. The tower and technical block are also in need of upgrading and the current facility poses challenges in meeting security requirements. Other issues include the inadequate seating within the departure concourse and the fact that the location of the terminal building does not allow for parking of wide bodied aircraft directly in front of the terminal.

Prime Minister Chastanet noted that “for Saint Lucia to grow it was imperative that this project commence, adding that the redevelopment of the HIA will alleviate the many challenges which plague the airport and would ensure the facility can cater for the anticipated growth in the tourism industry by accommodating more airlines in the airport space.”

The redevelopment includes: a new terminal building, control tower, apron, taxiway, air field and ground lighting system, and car park and roadway. The redevelopment will also result in the introduction of modern processes and procedures in the operations of the airport.

The Minister of Finance explained the terms of the loan as follows: the loan payments shall commence after the grace period of five years has expired; with interest repaid in the amount of US$2,195,000.00 semi-annually during the grace period and thereafter at the six month London Inter-Bank Offered Rate plus 1.5% per annum. The loan is repayable over a period of 20 years from the date of the first disbursement on the loan inclusive of a five-year grace period.

The Government of Saint Lucia reintroduced the Airport Development Charge (ADC) of US$35 per departing passenger effective January 2018 with these funds to be used by SLASPA to repay its loan for the redevelopment of the HIA.

During his presentation the Prime Minister expressed immense gratitude to the Government and People of Taiwan for their confidence in the Government of Saint Lucia.