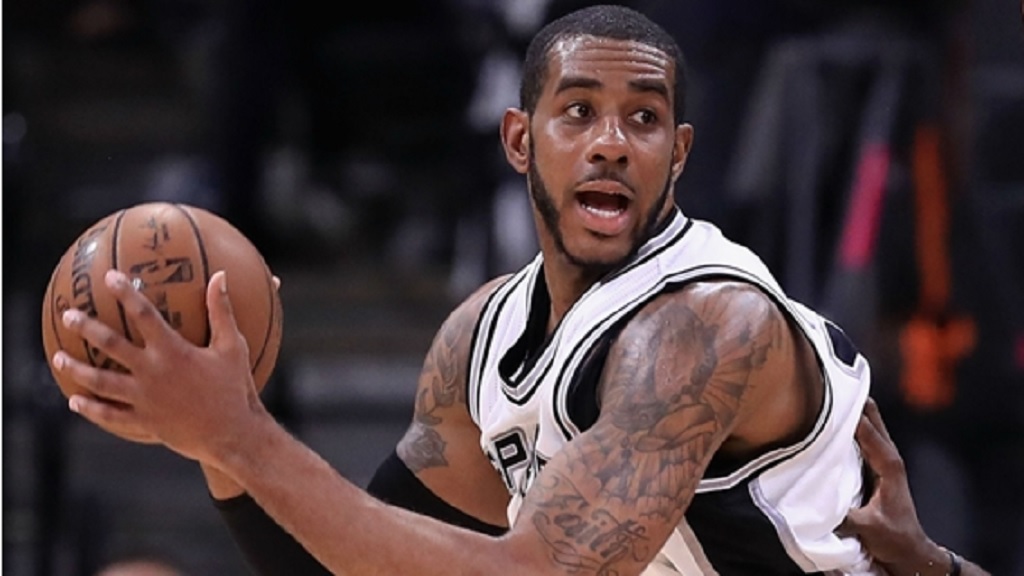 The San Antonio Spurs won one of the wilder games in the NBA this season, beating the Oklahoma City Thunder 154-147 on Thursday.

San Antonio took down Oklahoma City in double-overtime behind a career-high 56 points from LaMarcus Aldridge and an unprecedented three-point shooting display.

The 56 points is the most scored by a player without a three-point attempt since Shaquille O'Neal tallied 61 in 2000.

The Spurs were absolutely on fire from three-point range, as they went a perfect 10-for-10 from beyond the arc in the first half. San Antonio were the first team in the last 20 years to record that stat line in a half.

It did not stop there, though. San Antonio made their first 14 three-point attempts. In total, they finished 16 of 19 from beyond the arc.

But the Thunder did not back down as Russell Westbrook had a great game. He posted his fourth career 20-point, 20-assist performance in addition to a triple-double (24-13-24).

Boston's Kyrie Irving scored 22 points while adding five rebounds and five assists in a 115-99 loss to the Heat.

Nikola Jokic tallied his fifth triple-double of the season with 18 points, 14 rebounds and 10 assists in the Nuggets' 121-100 win over the Clippers.

Kings center Willie Cauley-Stein had 14 points, 14 rebounds and five assists in Sacramento's 112-102 win over the Pistons.

Al Horford went one-of-eight shooting and 0 for four from three-point range with two points on Thursday. Boston were minus-26 with him on the floor.

DeMar DeRozan almost tallied a triple-double (16-11-8), but he missed a shot to win the game in regulation, again in the first overtime and committed a big foul in the final 12 seconds to give the Thunder a little hope. He also shot seven for 22 from the field.

Portland continue to impress this season while Charlotte are holding on to a playoff spot in the Eastern Conference. Kemba Walker and Damian Lillard are two of the most entertaining guards in the game, and CJ McCollum can go off in any game.

Thunder cruise to win over Rockets, Anthony struggles in return to OKC