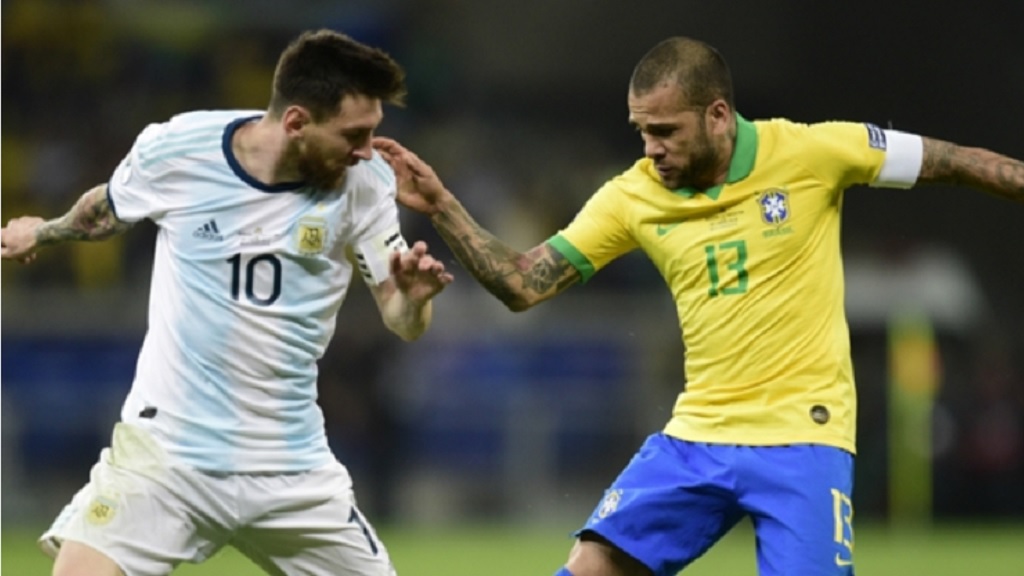 Lionel Messi and Dani Alves at the Copa America.

Dani Alves has criticised Lionel Messi for being "disrespectful" of Brazil with his controversial comments at the Copa America.

Argentina star Messi railed against "corruption" and the quality of officiating after harshly being dismissed for an altercation with Chile's Gary Medel in Saturday's bronze medal match.

Veteran right-back Alves, Messi's team-mate for close to a decade at Barcelona, echoed that view.

"A friend is not always right just because he's a friend. You can say it in the heat of the moment, but I still won't agree," the Brazil captain told SporTV.

"Firstly, he's disrespecting an institution such as the Selecao, in my view.

"Secondly, he's being disrespectful with several professionals who put a lot of things aside so they could be there fighting for a dream.

"I'm a friend who always tells the truth when it's due, and I think he was wrong for saying these things."

Argentina overcame Chile in the third-place play-off but Messi did not join his team-mates in collecting a medal.

Alves and Brazil went on to beat Peru in the final, winning the tournament for the first time since 2007.