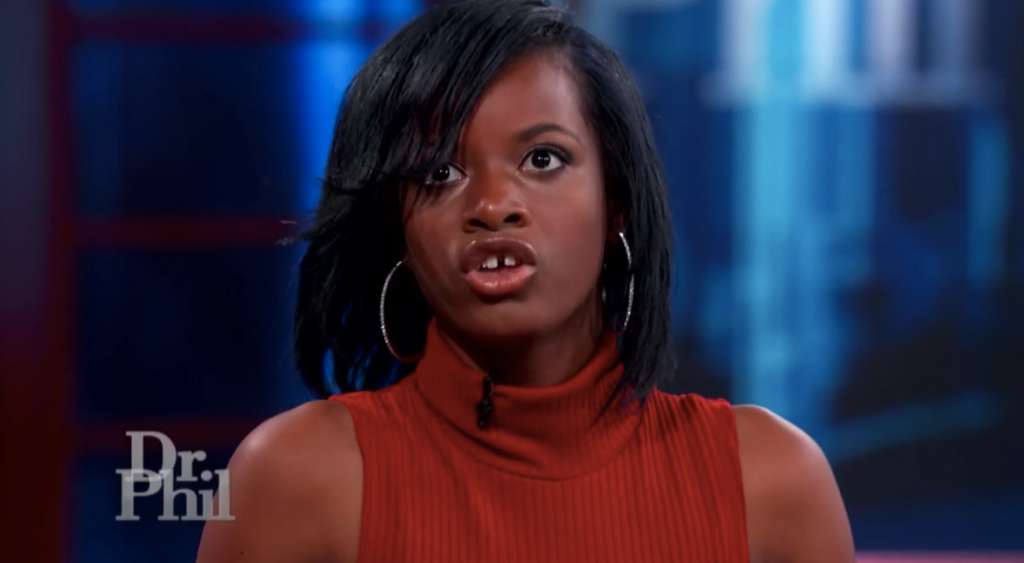 This is 16-year-old Treasure

A 16-year-old girl, Treasure, appeared on Dr. Phil this week and declared, "I know I'm a Caucasian".

Why is that significant? She's African American.

Asked by Dr. Phil why she identifies as 'white' even though her mother and her father are of the black race, she says she does not believe anything that anybody tells her.

"When I wake up in the morning I just have such a great life and that my hair is so perfect; my skin isn't ugly; and I'm not fat also, which is also really African American thing. So, like I'm just nowhere near like them, and plus they're so thug and criminal - I can't relate."

Her mother, Monique, calls her daughter a "racist".

Though Treasure has relaxed hair, she uses the absence of kinks, curls and even weaves as further proof in her mind to demonstrate she is Caucasian. Furthermore, she says her nose is not large, her lips are not big and she has Kim Kardashian's shape.

This video comes the same week that Jamaican dancehall singer Grace 'Spice' Hamilton captures this topical issue with her 'light-skinned' photo and appearance, ahead of dropping her new mixed tape next week. On Spice's 19-track compilation she has a track called Black Hypocrisy and she laments that it's people of the black race who most highlight her blackness in a negative light.

As it relates to Treasure, many people are proud of Monique for calling out her own daughter on racism. However, despite Dr. Phil telling Treasure that some of her beliefs are steeped in ignorance, one or two commenters on Dr. Phil's Facebook page are asking questions of - 'How is Treasure any different to people who don't identify as the sex they were born?', 'What makes Treasure crazy and not others?'

Trump declares 'I'm not a racist'