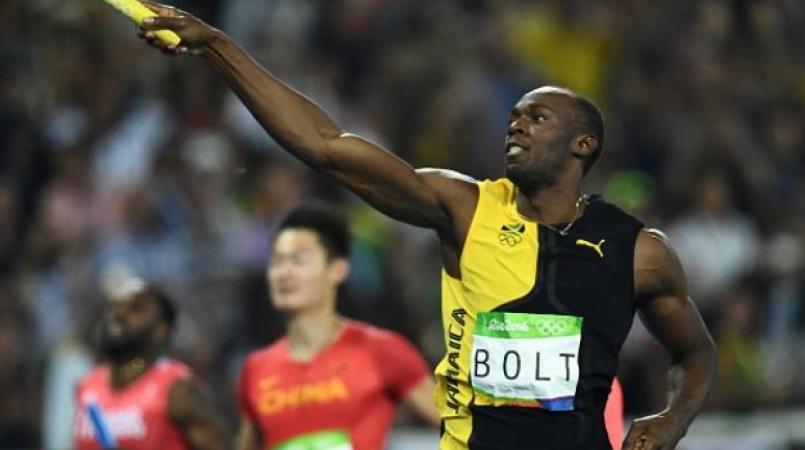 Ahead of their races at the Diamond League meeting known as Athletissima, Justin Gatlin and Noah Lyles spoke Thursday of enjoying duels that were harder to predict.

"I like where the sprints are right now," said Gatlin, whose 100-metre title at the 2017 world championships was Usain Bolt's first loss in an individual gold-medal race for 10 years. "It's not a clear favourite always."

Gatlin has the best time this year among those in the 100 lineup Friday at Lausanne, while Lyles starts favorite in the 200.

"I like how every race is more now getting into a 'Who's going to win?' situation," said Lyles, whose 200 duel against fellow American Michael Norman in Rome a month ago was a highlight of the Diamond League season.

"There's a lot of rivalries coming up, especially in the U.S. It's actually very exciting," said Lyles, who like Norman is 21 and a potential standout at the season-ending world championships in Doha, Qatar.

Lyles and Gatlin were asked who was "the boss" of the men's sprints in the second season since Bolt's retirement ended almost a decade of his domination across three Olympic Games.

Both gave diplomatic answers, suggesting they enjoy the challenge.

"You got a lot of very talented athletes who are going to step up," said Gatlin, who at age 37 posted 9.87 seconds as runner-up at the Prefontaine Classic in California last weekend to stand fourth in the season-leading list.

The list is led by 23-year-old Christian Coleman's winning time of 9.81 in the Americans' first clash since taking gold and silver ahead of third-place Bolt at the 2017 worlds in London.

Lyles is second in the 100 and 200 world-leading lists this season. In Rome, Norman clocked 19.70, two-hundredths faster than Lyles.

"It's just exciting to see fans coming out and getting excited, choose sides and just watching a race because it's a great race," said Lyles, whose opponents Friday include 2017 world champion Ramil Guliyev of Turkey and Canada's Andre De Grasse, the 2016 Olympic silver medalist behind Bolt.

In her second season back after welcoming her first child, Fraser-Pryce pushed current Olympic champion Elaine Thompson to a world-leading performance at the Jamaican trials two weeks ago. Both timed 10.73.

"Motivation is definitely stronger than before," Fraser-Pryce said Thursday. "A lot of persons believe that you can't come back from having a baby."

Asher-Smith said her rival's comeback was "a joy to watch."

"It's been really inspiring and amazing," the 23-year-old Briton said. "A lot of people try and tell you what you can and can't do as a female athlete."

Fraser-Pryce headlines 9 Jamaicans to compete in Lausanne on Friday