Amid World Book Day celebrations, reading is on the decline globally 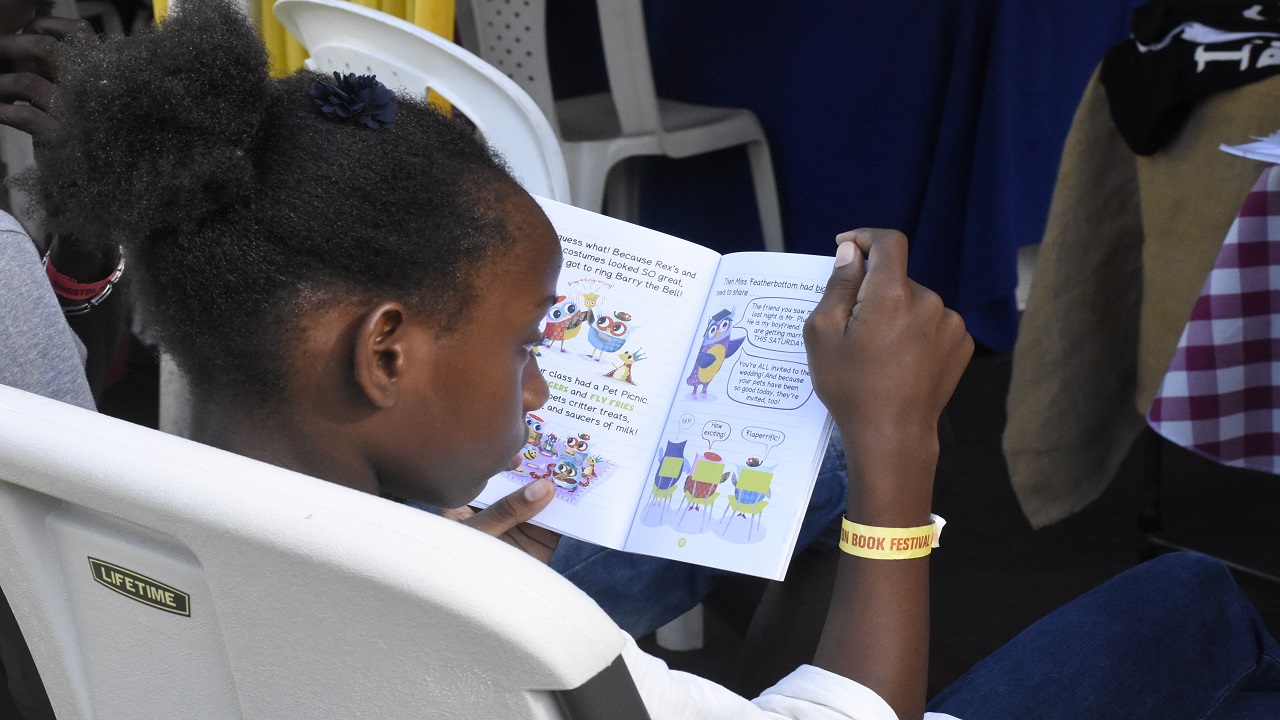 A young girl reads privately at the 2018 staging of Kingston Book Fair in March.

Monday (April 23) is World Book Day, but sadly, book reading is in decline across the world.

There are those who place the blame for this squarely at the feet of social media and digital technologies, but it may be fairer to say these modern advancements are displacing and at times replacing book reading and it’s this displacement which should be the cause for concern.

Book reading has lost significant ground in the world’s most advanced country, the United States.

The National Endowment for the Arts’ 2004 report titled ‘Reading at Risk’ revealed that only 46 per cent of the population read literature, down from 54 per cent in 1992, and from 57 per cent in 1982.

According to the agency, in 2015, 43 per cent of adults read at least one work of literature in the previous year. The 2015 data show that women (50%) are significantly more likely to read literature than men (36%).

A 2016 Pew Research Center survey revealed that a quarter of American adults say they haven’t read a book in a whole or in part of the past year, whether in print, electronic or audio form.

Many observers and professional scholars cite the rapid penetration of the Internet as overshadowing the culture of book reading.

When asked what would you say to young people in this age of social media? actor Denzel Washington said: “Turn it off. It is hard for young people now because they are addicted. The social media and the Internet are tools, so we should use them. God has blessed us with free will; now it is free will magnified, free will on steroids.”

A 2016 Nielsen report calculated that the average American devotes more than 10 hours per day to consuming media – including radio, TV and all electronic devices. That constitutes 65 per cent of waking hours, leaving little time for the concentration required to read books.

Across the world it was discovered that women tend to read more than men, with about 77 per cent of women reading a book in 2015, compared with 67 per cent of American men.

In Kandahar City, Afghanistan, Head of Arts at the Directorate of Information and Culture, Taza Gul Resha, acknowledges that not many people in his country are inclined towards reading now. He said that efforts are under way to encourage the youth there towards reading.

Understanding the Children’s Book Consumer survey from Nielsen Book Research found the proportion of toddlers in the United Kingdom who are being read to everyday has dropped by a fifth over the last five years, warning that the decline is a significant threat to child development.

The UK newspaper, the Guardian, said, “ The publisher Egmont, which co-funded the research, said the decline correlated with an increase of almost a fifth in the proportion of toddlers watching online video content daily,  and warned that the “steep decline” in reading to young children “signalled a significant threat to child development with potential long-term social impact”.

India leads the way in countries that read the most, followed by a number of developing countries.

Below is an outline of the countries that read the most:

Countries That Read The Most

Here’s what it found.

Most of them have a ‘ five-hour rule” – they set aside at least an hour a day (or five hours a week) for deliberate learning .

When asked about the secret of his success, Warren Buffett pointed to a stack of books, and said: “Read 500 pages like this every day. That’s how knowledge works. It builds up like compound interest. All of you can do it, but I guarantee not many of you will.“

VIDEO: The fun in reading on show at Kingston Book Festival