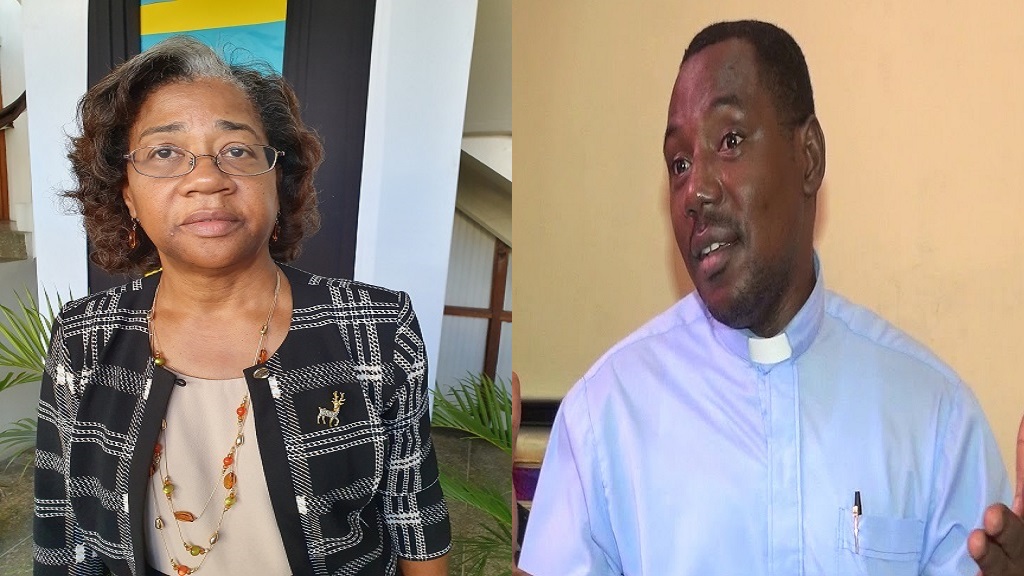 The head of the Methodist Church in Saint Lucia has taken local politicians to task and has called on them to be better role models to the people they serve.

“Politicians need to be circumspect and accountable when making statements in public,” Superintendent of the Methodist Church in Saint Lucia Reverend Seth Ampadu told Loop News.

The religious leader’s comments come in light of recent pronouncements made by Health Minister Senator Mary Isaac during a public gathering.

Isaac told a public gathering that the fatal shooting of a longstanding member of the UWP Victor Maurice was a part of a crime situation that is “big business in St Lucia” attributable to people “way up in the hierarchy” of the nation.

“These are the people who pay people to kill people,” Isaac said.

According to Ampadu, “Politicians sometimes when they get a platform they say certain things that they cannot substantiate.

According to Reverend Ampadu, if indeed Senator Isaacs’s statements are true, then she should inform the police.

“If she has any evidence then she should give it to the police for them to investigate and that will help the society, but you cannot just put statements out there like that because you are scaring the society; you are part of the government and you know those people who are committing those types of crimes…It is something that we need to worry about.”

Ampandu believes Isaac must have gotten carried away.

It is unclear whether the government minister was brought in for questioning by the police.

This is not the first time a sitting government minister has made such bold statements publicly.

Similar statements were made in 2015 by then prime minister, Dr Kenny Anthony via an address to the nation in connection with the IMPACS Report.

In 2019, then government Minister Dr Ubaldus Raymond on a local talk show said he was aware of government ministers engaging in criminal activities and have never been caught.