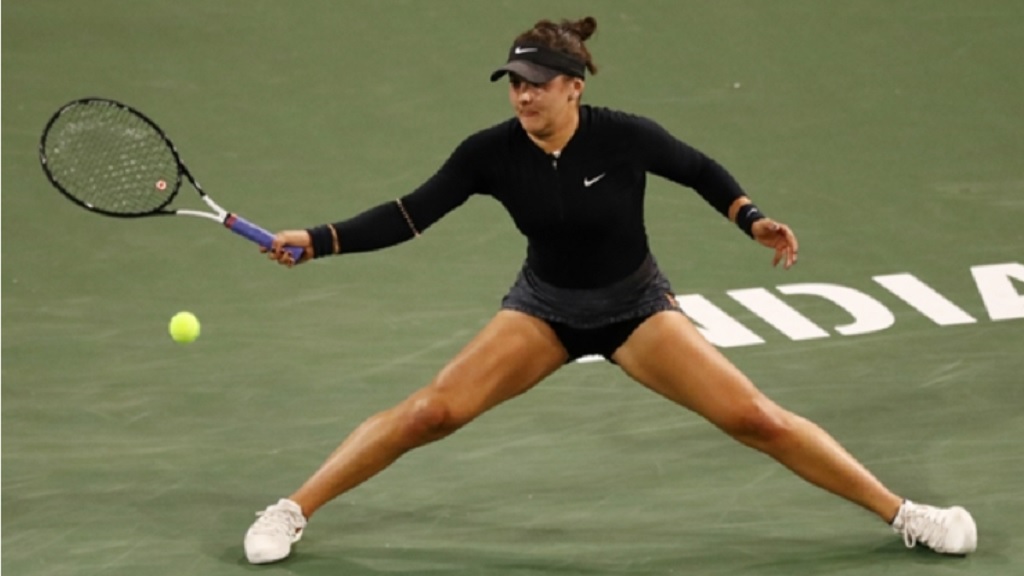 Svitolina saved three match points but she was unable to save a fourth against Andreescu, who overcame a slow start and then fatigue to claw a 6-3 2-6 6-4 victory on Friday.

The 18-year-old Andreescu – following in the footsteps of Serena Williams (2015) and Kim Clijsters (2006) as the only two previous wildcards to feature in the semi-finals – will face either Angelique Kerber or Belinda Bencic in the decider.

Andreescu – a finalist at the Auckland Open in January – looked overawed in the California desert, where Ukrainian favourite Svitolina raced out to a ruthless 3-0 lead in the opening set.

However, Andreescu – with her creativity, power and precision – reeled off six successive games to shock Svitolina and take the first set to love.

Andreescu made it seven games in a row when she broke in the opening game of the second set, though Svitolina eventually stopped the rot in the second.

The second set belonged to Svitolina, whose experience and class was on show as she levelled the match and forced a decider.

Svitolina had spent the most time on court prior to the semi-final clash following her last-16 marathon against Ashleigh Barty, but she looked the fresher of the two as Andreescu struggled with cramp.

Andreescu, however, continued to dig deep and she saw a match point come and go at 5-4 on Svitolina's serve and while she had another two saved in the next game, she was not to be denied.

New initiatives in place to protect travellers to Caribbean