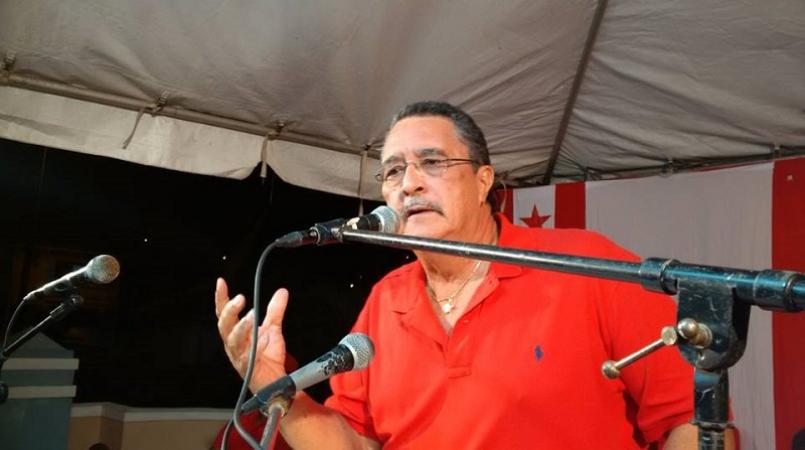 Parliamentary Representative for Vieux Fort South, Dr. Kenny D. Anthony, says that the treatment meted out to cattle farmers in his constituency to make way for the DSH Project is illegal, outrageous and totally unacceptable.

According to Dr. Anthony, the contractor who was engaged, apparently by the Government of Saint Lucia, to carry out road works ostensibly for re-directing traffic, destroyed  without notice, lawful authority or consultation part of the fence which protected their cattle from roaming on nearby roads and the airport perimeter. The contractor also destroyed a pond from which the animals secured drinking water. As a result of these actions, some of the animals roamed freely causing damage to nearby property.

To date, the Government of Saint Lucia or for that matter, the previous owner of the land in question, Invest Saint Lucia, has had no discussion with the farmers about their fate. These farmers have occupied the land for several years. A few years ago, the former SLP administration actually financed the construction of part of the fence to contain the cattle of the farmers. The farmers are, therefore, legal occupiers of the land.

According to Dr. Anthony, “Prime Minister Chastanet has no regard for the people of Vieux Fort in his bid to grant Teo Ah King uncontrolled access to the lands in Vieux Fort. They do not even have the decency to have a meeting with the farmers to explain the implications of Teo Ah King’s plans for them. They are now being stripped of all rights and human dignity. The lives of the residents of the Vieux Fort community cannot be destroyed with such impunity and callousness by the agents of the Prime Minister and Teo Ah King without being challenged. The actions of the Government and contractor are arbitrary, unlawful and in pursuit of an agreement that is manifestly illegal, unconstitutional, and not in the public interest of Vieux Fort and Saint Lucia. These farmers have a legal right to occupy the lands, and the protection of the law. And I will certainly see to it that their rights and livelihoods are protected in accordance with the rule of law.”

Anthony calls for VF fisher folk to be paid