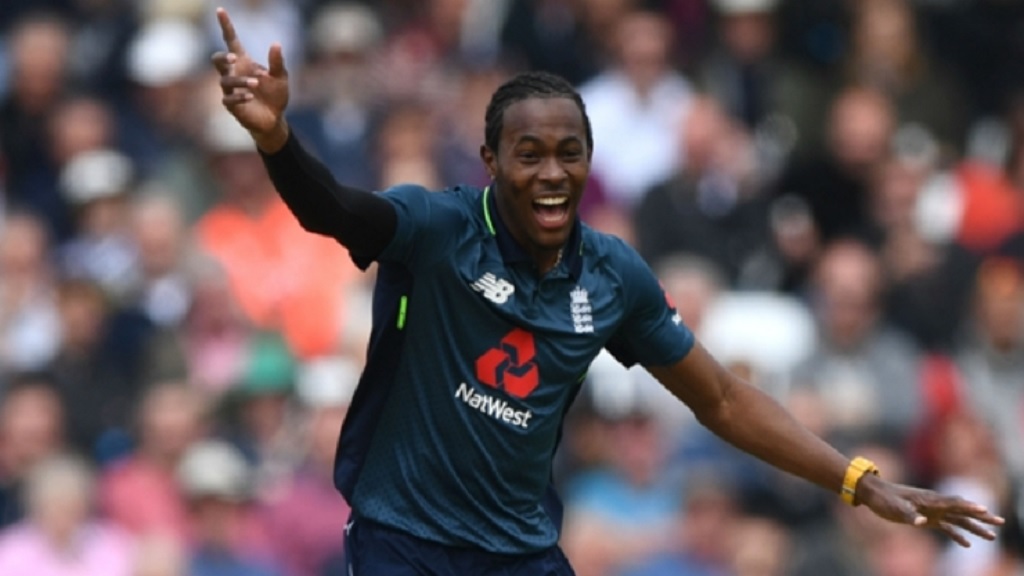 Jofra Archer and Liam Dawson have been included in the England squad for the Cricket World Cup.

Dawson was not in England's preliminary 15-man group but makes the final line-up announced on Tuesday.

Archer was also omitted from the initial squad but the Barbados-born paceman has been named after making a positive impression during England's 4-0 one-day international series defeat of Pakistan.

Joe Denly and David Willey drop out while James Vince replaces opener Alex Hales, who has not been selected due to an "off-field incident".

Dawson's inclusion comes after Denly failed to stake his claim against Pakistan, with the Hampshire off-spinner back in the international fold for the first time since he suffered a side strain during last year's tour of Sri Lanka

The 29-year-old has starred in Hampshire's run to the Royal London One-Day Cup final this year and his county colleague Vince, capped 10 times at one-day international level, adds depth to the batting ranks.

Archer's rapid rise sees the all-rounder included despite only making his international debut this month, with Liam Plunkett, Mark Wood, Chris Woakes, Tom Curran and Ben Stokes the other pace options in the squad.

England are among the pre-tournament favourites due to a batting line-up packed with power, with Jos Buttler and Jonny Bairstow tipped to be among the stars of the World Cup.

Bairstow dazzles as free-scoring England romp to another win