Arsenal battle back to draw 2-2 against Tottenham 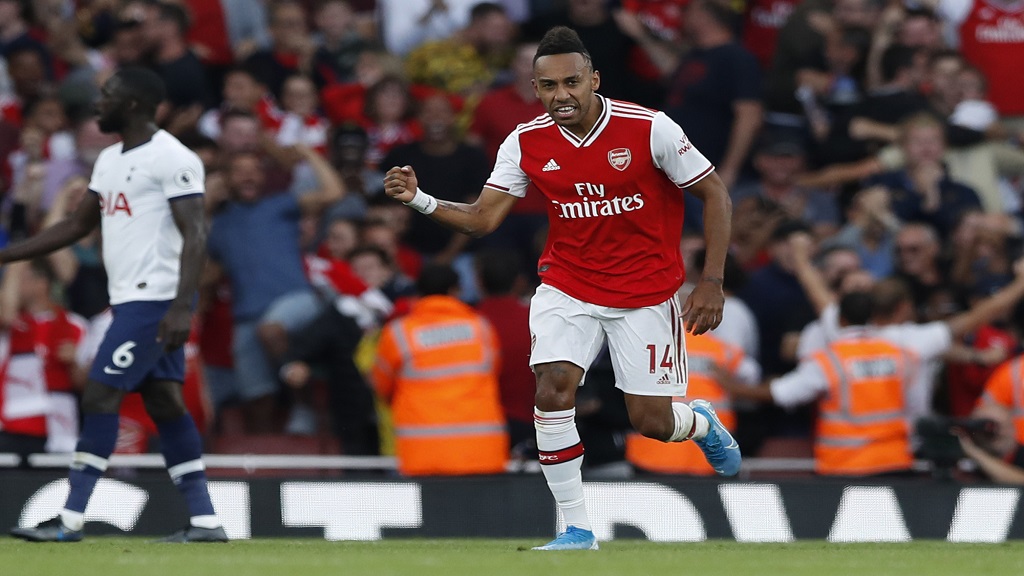 Arsenal came back from two goals down against Tottenham to draw 2-2 in the English Premier League on Sunday, with the Gunners' much-anticipated attacking trio unable to see off their fierce London rivals.

Spurs shocked the home fans at Emirates Stadium to take an early lead in the 10th minute, when Spurs forward Christian Eriksen capitalized on an error from goalkeeper Bernd Leno to slot the ball home. Harry Kane later doubled the lead with a penalty kick after Arsenal captain Granit Xhaka's reckless tackle on Son Heung-min left referee Martin Atkinson no choice but to point to the spot.

Arsenal striker Alexandre Lacazette pulled one back just before halftime to make it 2-1.

Arsenal then regained a foothold in the game, putting pressure on Tottenham's back line. Midfielder Matteo Guendouzi floated a long pass behind the Spurs defense to find Pierre-Emerick Aubameyang, who drifted between the two central defenders. The striker only needed to poke the ball past goalkeeper Hugo Lloris for the equalizer in the 71st.

Arsenal thought it had a winner minutes later when defender Sokratis Papastathopoulos bundled the ball over the line, sparking wild celebrations among the home crowd. But an offside decision against Sead Kolasanic was upheld by VAR and the score stood at 2-2.

It was nearly Spurs' day after a difficult week — losing to Newcastle and then constant speculation about the possible departures of Eriksen, defender Jan Vertonghen and even manager Mauricio Pochettino.

For Arsenal, the match was meant to showcase a vibrant attacking force in Lacazette, Aubameyang and summer signing Nicolas Pepe. But the visitors were able to stifle them in the first half, before Arsenal became a threat after the break.

The result leaves Arsenal in fifth place in the league, with Spurs in ninth.