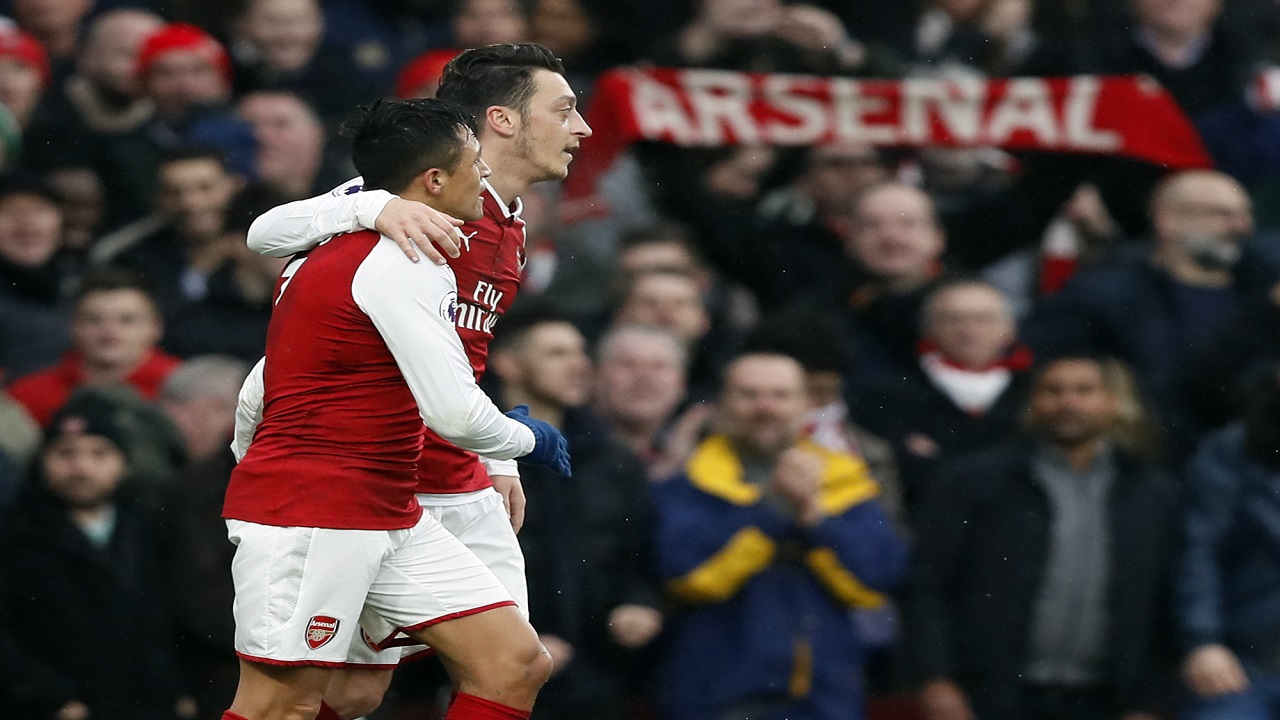 Shkodran Mustafi and Alexis Sanchez scored first-half goals for Arsenal in a 2-0 victory over Tottenham in the Premier League on Saturday, as the Gunners looked to restore a sense of supremacy in north London after a disastrous campaign last season.

Mustafi's header looped over the Spurs defense from a disputed free kick and goalkeeper Hugo Lloris was unable to get anywhere near the ball as it pinged off the crossbar into the goal in the 36th minute.

Sanchez's goal came five minutes later after Alexandre Lacazette's run down the right. The forward put in a crisp cross, which Sanchez had trouble controlling at first as it bounced down off his knee. But the Chilean composed himself at the near post to fire the ball over Lloris, who hesitated coming off his line to deal with the danger. 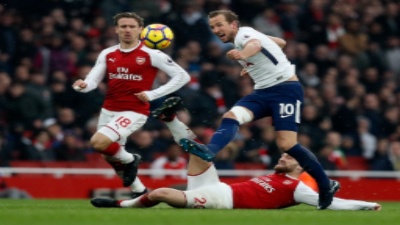 Just when Spurs fans thought the balance of power had irreversibly shifted in north London, Arsenal turned back the clock to offer a glimpse of its past dominance. There was slick passing, the three Arsenal forwards galloped past Spurs defenders with ease at times, and the usually shaky back line managed to hold its nerve this time.

Tottenham had come into this match on a high, sitting third — three places above Arsenal — in the league and finishing in front of the Gunners last season for the first time in more than two decades. Spurs are in the Champions League this season — and Arsenal in the Europa League — and impressed the football world with a shock win over Real Madrid in the group stage.

But Arsenal was the bigger side Saturday, managing to shut down star players Harry Kane, Dele Alli and Christian Eriksen to claim bragging rights in north London. Eriksen looked nothing like the player who scored a hat trick for Denmark against Ireland during the international break.

Before the match, many observers sniggered when Arsenal manager Arsene Wenger claimed his side wasn't the underdog going into this fixture.

But it was Wenger who had the smug look on his face at the final whistle, while Spurs manager Mauricio Pochettino appeared dejected after suffering his first Premier League defeat in a north London derby during his more than three-year tenure.

The only boos Wenger got Saturday was when he made a defensive substitution, taking off the prolific Lacazette for holding midfielder Francis Coquelin. There were even ironic cheers from Arsenal fans for Kane and Alli, when they were taken off with 15 minutes to go after a poor showing from both.

Wenger concedes he may not see out Arsenal deal

Talks between Ozil and Arsenal 'moving in positive direction'