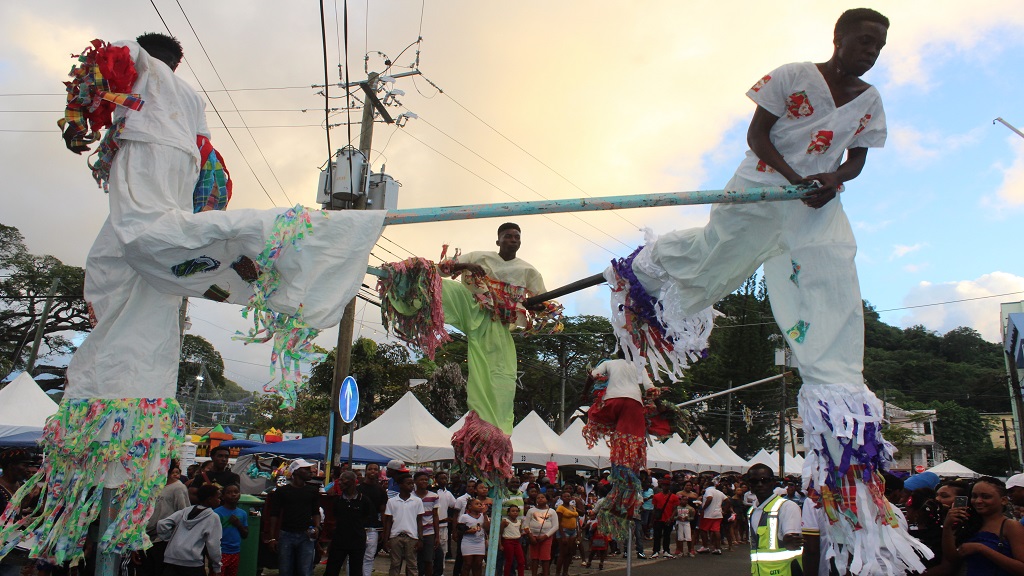 Since taking over the office of Mayor of Castries in August 2016, Peterson Francis has held a strong natural affinity for ‘Assou Square’, that traditional, hallmark event all Saint Lucians at one time in their lives attended as their way of ushering the New Year.

Held every January 1st and 2nd, Assou Square, is a cultural explosion and outdoor party held at the Derek Walcott Square – previously known as Columbus Square – where children step out in their new clothes while adults go for the fun and meet up with friends not seen in ages.

Primarily an event for children and family, Assou Square, at one time, was said to have lost the family spirit it was designed for, especially after it was shifted from the Square to other locations like The Sab (Vigie playing field), Beausejour Promenade, Pigeon Point and Cul-de-sac.

It was this loss that Mayor Francis wanted to restore when he was appointed Mayor of Castries. And it seems, at least for this year, that he succeeded, perhaps way beyond his critics’ expectations.

Speaking to Loop News yesterday while taking in the sights, sounds, cultural and other performances on the big stage in the Derek Walcott Square, Francis spoke of how pleased he was with what he was looking at.

“I am happy at what I am seeing. While we still have some more work to do to make this a true family event, the past two days have been fantastic,” he said.

And fantastic indeed it has been over the two-day duration. Children, young adults and parents descended on the Square in their thousands, with children – those under 18 years – and young adults seemingly in the majority. Those in attendance took part in thrills such as face painting, a choo-choo train, bouncing castles, toys, food, music, the atmosphere, performances and more

Although not quite like the old days, the 2019 Assou Square event almost qualified, losing out by a hair’s breadth according to this reporter, but good enough to be likened to the Assou Square of the Columbus Square era.