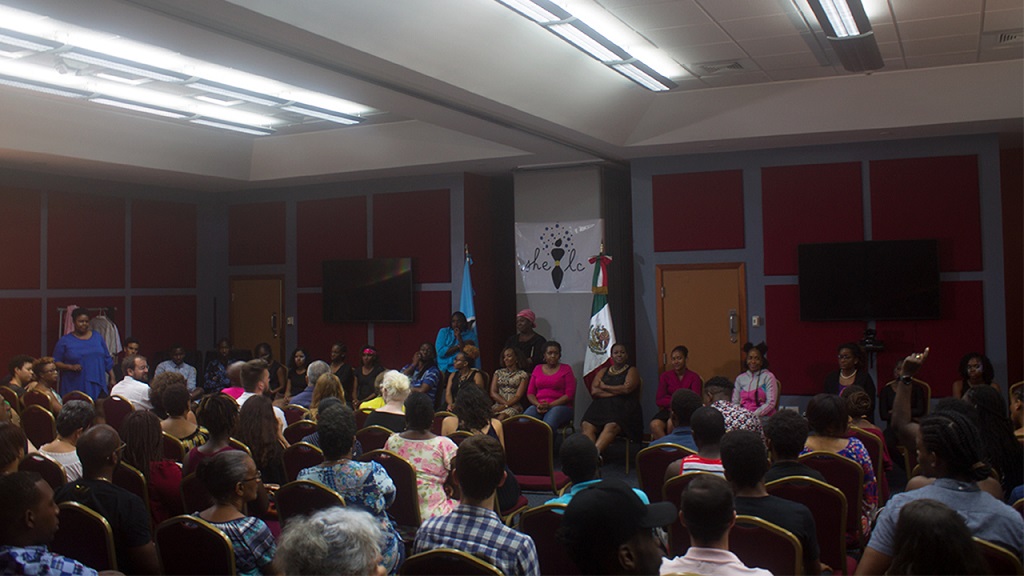 Consent, stereotypes, dating, rape, and feminism were some of the themes explored at She.lc's latest event. In honour of Women's History Month, the non-profit organization facilitated the staging of a theatrical production—infused with drama, music, song, poetry, and dance—performed by Youth Studying Performing Arts and Culture (YouthSPAC) and directed by Kentillia Louis, on Saturday, March 16.

The resounding audience applause after the performance reflected the room's appreciation for the evident, copious amounts of effort put into the production by the cast and crew. With quickly changing sets, several short dramatic pieces—focused on a number of women's rights based topics  —were strewn together. The pieces were raw, unapologetic and for some, uncomfortable—as was admitted by a few members of the audience.

Taboos, misconceptions, and untruths about feminism, for instance, were highlighted during individual monologues performed by male and female actors. The meaning of consent, as well, was explored with a skit set at a nightclub, featuring young male and female characters. Everyday encounters endured by rape victims also found its way into the production, placing a spotlight on the often gruff, ignorant approach to consoling, or lack thereof, victims encounter among the general public, friends, and family.

“I find here in Saint Lucia, we don't have enough spaces or opportunities to really look under the skin of a lot of issues. And being an Artist, I know the role that the arts can play in helping to invoke feelings, responses and so on. So that's where it came from,” said director, Kentillia Louis when she explained to Loop Saint Lucia the reason she put the production together. “And of course women's rights, parity, gender, it's something that's very close to my heart,” Louis added.

Following the performance, a discussion was facilitated between the audience, cast, and crew, where thoughts about the production's content and themes were shared. When asked why she thought this was an important addition to the night's agenda, Louis explained, “One thing about YouthSPAC, our approach is that we believe in using performance for social and behavioural change. And so, because of that, I felt having the production and not having the chance to have that dialogue would make it incomplete. I also really believe the audience is part of the process, so let them connect to it, engage and be part of it.”

Louis further revealed that weeks were dedicated to research and discussion before scripts were finalized. “I spent hours reading, searching everywhere to get pieces I think are representative. I also spent a lot of time with my cast, talking to people. We do a lot of research as to where people's minds are. So when some ask, 'why didn't you put this or that in?' I say, 'Well this is based on the conversations we've had with Saint Lucians.'”

During the discussion that at times ensued in a subtle tussling of opposing ideologies, at least one unifying point was made; the production should be staged again, at least once, but ideally in various parts of the island. When asked by an audience member whether this could be done, Louis said only increased funding could make that possible.