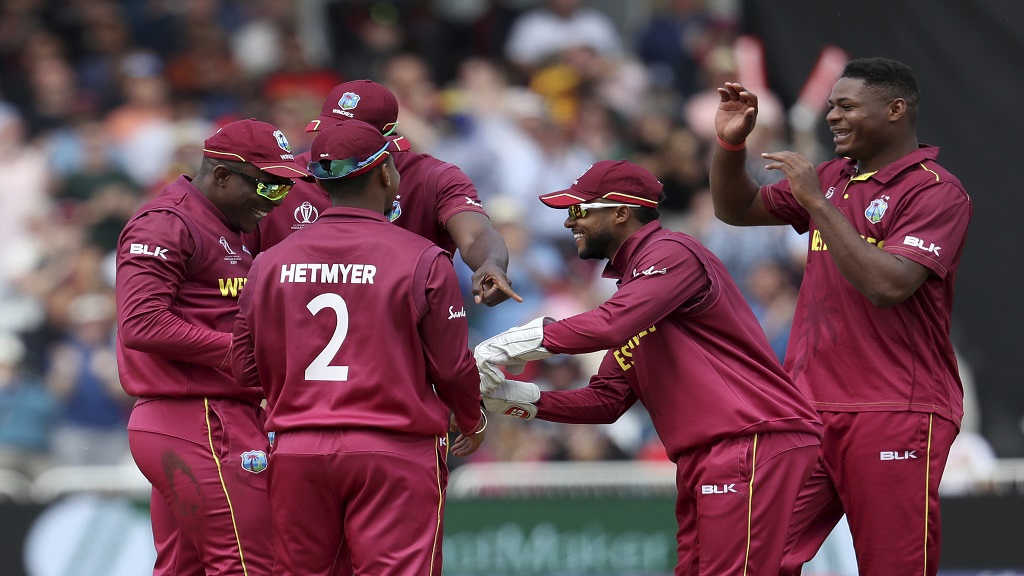 The left-arm quick averaged 11 in the competition before Thursday's clash in Nottingham, and his 5-46 improved on that further as he ripped out the Windies' lower order just when it seemed Jason Holder's men were set for a successful chase of 289.

Australia's 288 all out represented an impressive recovery from 38-4, West Indies using the same short-ball tactics that routed Pakistan to good effect once again as four of the top five failed to fire.

Steve Smith was the exception, his patient 73 allowing Alex Carey to up the tempo with 45 before Nathan Coulter-Nile came in and blasted 92 off 60 deliveries – his highest ODI score and the best of any number eight in World Cups.

Shai Hope (68 off 105) played an anchor role similar to that of Smith, while Nicholas Pooran made a more fluent 40 before Holder's half-century looked set to become the match-winning knock.

But when the skipper departed to Starc for 51, he left the tail needing 37 from four overs. Starc then cleaned up Sheldon Cottrell to claim the first five-wicket haul of the tournament as Australia made it two wins from two.

It looked as though it would take something special to dismiss Smith, and Cottrell provided it.

The left-arm quick, running at full tilt around the boundary, stuck out a big left hand to grab the ball, tossing it in the air as his momentum took him over the ropes before returning to the field to complete an effort that will rival Stokes' for England against South Africa as the catch of the tournament.

Eventful stay for the Universe Boss

Chris Gayle was certainly in the thick of it at the start of the Windies' chase. He blasted four fours – the second of which brought up 1,000 World Cup runs – in his 17-ball 21, but that only told half the story.

The big left-hander was given out three times, overturning the first for caught behind as replays showed the ball shaved off stump rather than the edge of his bat before making further good use of the review system having been adjudged lbw.

Starc was the bowler on both occasions but he did eventually trap his man in front – although Gayle should perhaps have been awaiting a free hit, Starc having over-stepped during the previous delivery.

Having got rid of dangerman Gayle, Starc returned late in the piece and accounted for the Windies' powerful lower-order hitters.

Andre Russell skied one to Glenn Maxwell, who took an excellent catch, Carlos Brathwaite chipped to mid-on and Holder gloved a bouncer to short fine-leg.

Cottrell was no match for a searing yorker, all of which meant Starc overtook Saqlain Mushtaq as the quickest bowler to 150 ODI wickets.