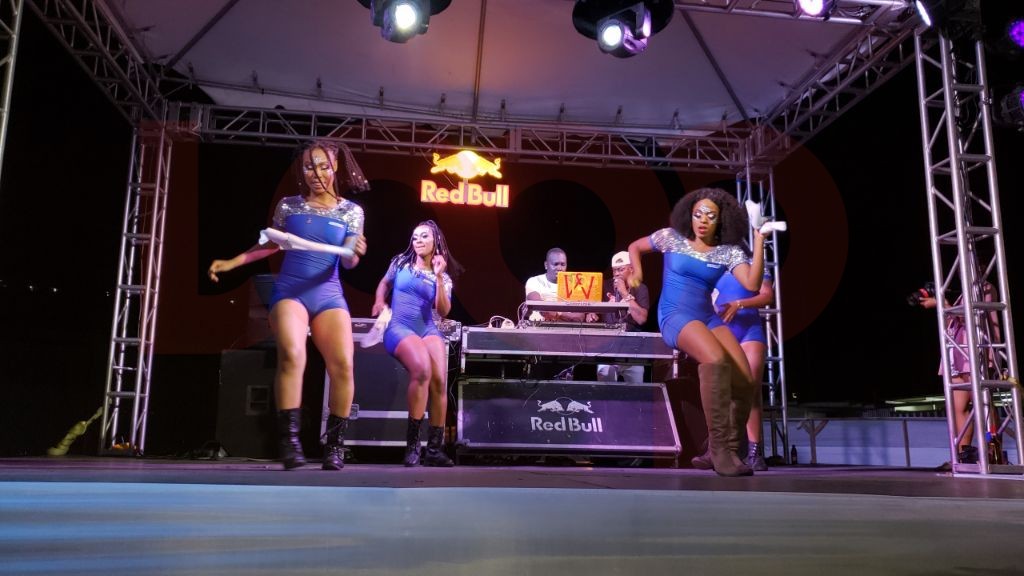 These dancers repped both genres well.

Bacchanal (soca) versus Dancehall in Jamaica is not the clash that Bajans expect.

Firstly, with the last shuttle from Jamaica Mas Camp to UWI Mona scheduled for 2:30 am, Saturday, April 13, imagine this Baje’s shock when at 11:00 pm, Friday, April 12, the party aint turnt nor tipped nor close to even tun ova yet.

The fact that de Jamaican feter is just as late as de Bajan, lick me right back. So Bajan promoters who be sailing cruises at the time they were set to return, I apologise, but I still not condoning it.

So the fete had V.I.P and General areas at the Mas Camp. When I say Bajans spoiled bad by our fete promoters, Jah know star, mi nuh lie even a likkle! *laughs in Bajan*

The food setup if in Barbados would have had de health inspector chipping and scribbling whole night but from how de people dem were enjoying, the presentation meant nothing to them.

The bar situation was no sign with drinks, no feather banners outside indicating promoters, so ask and hope and pray they have your drink. There was no Hennessy, so we settled for Johnny Walker and kept it moving. 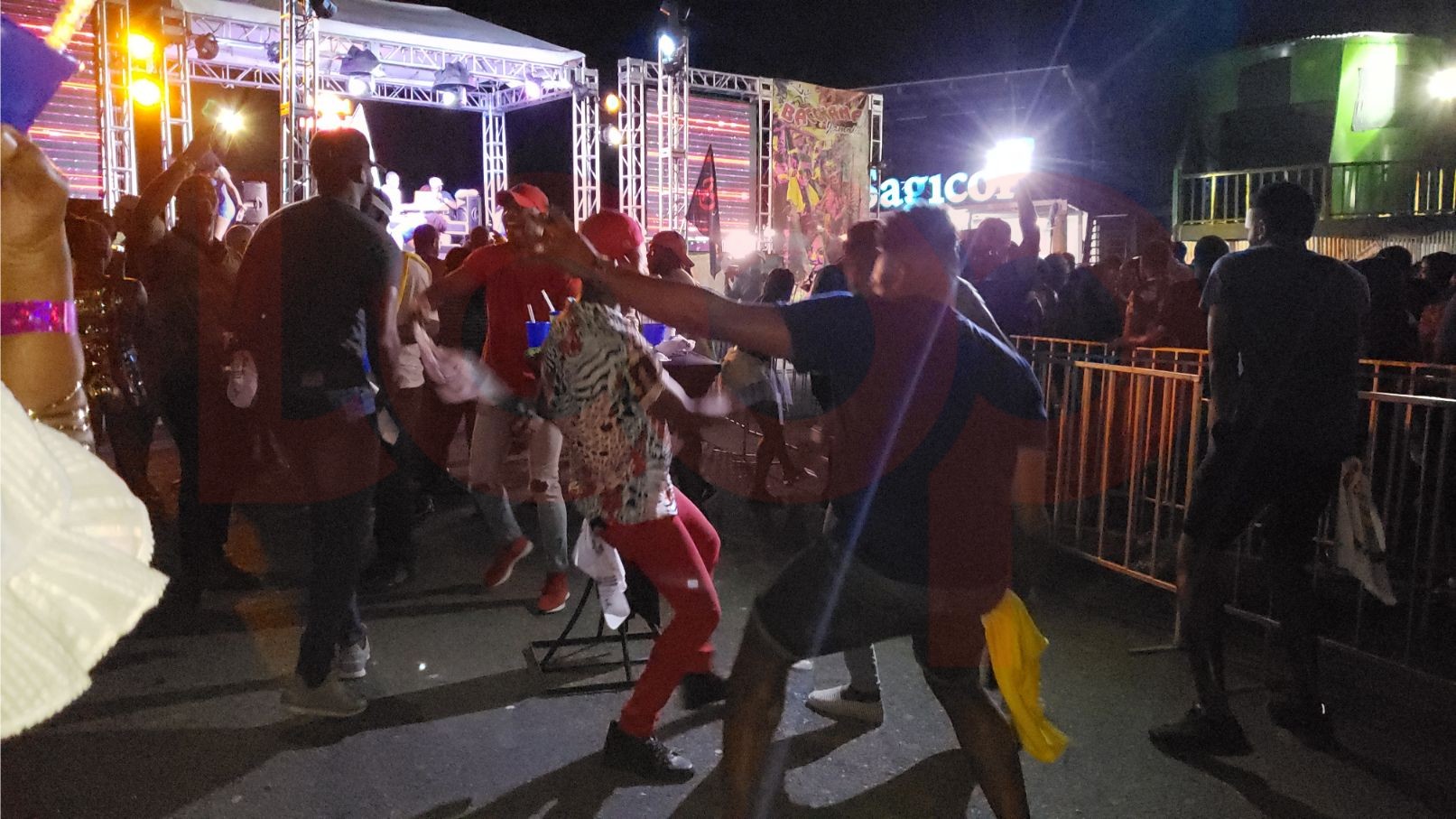 Now on to the fete, fete.

To see Jamaicans loudly singing along to Barbados calypso and Trini soca at the top of their lungs was nothing except shocking and refreshing. It felt like truly like one Caribbean.  But it hit a little different when the artiste was Bajan, if I’m honest. To see them still ducking to Fadda Fox, going down to di ground with Lil Rick and more was something unexpected, but welcomed.

The distribution of branded cups is in Jamaica, and Caribbean Airlines sponsored the event and handed out bandanas. Well, according to the MC “De vibes is in dis lil white kerchief”. So he expected to see it being waved or raised as people indicated if they are for soca or dancehall.

And surprise, surprise, soca was leading like Justin Gatlin in an Olympic 100m race, but when that new dancehall dropped ‘Family uh we say family’ the famalay fell back, and dancehall sprinted forward like Usain Bolt. 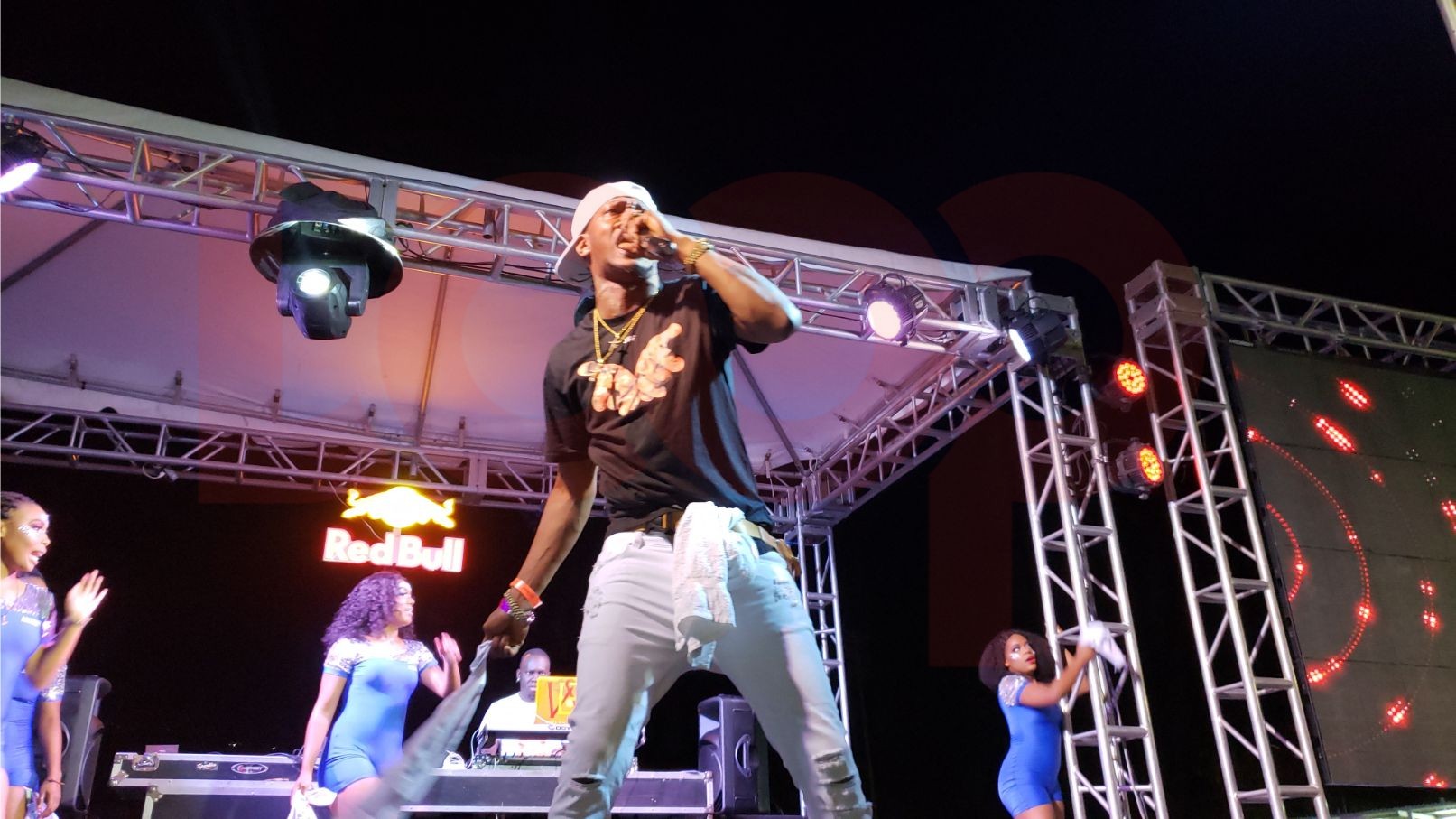 Now if you ever venture to the Land of Wood and Water during Carnival season, here are some important takeaways:

1.     Don’t tell the hustler outside that you don’t have a ticket yet. Dem man “hustle”. They would run alongside your vehicle till you park in their numbers trying to sell you. Again I must apologise to a segment of the Bajan population – oil men in town, wunna so calm in comparison.

2.     If you have a bag, always be conscious of where it is on your person and where the opening is. Fanny-pack it if you can.

3.     Don’t wear costume jewellery because only you know that it's not real. It may be a laugh for you that the person snatched only $5 worth in jewellery but your whiplash medical bills and long-term neck pain aint worth two akekekes.

4.     Do not leave V.I.P with more than one drink in your hand. There was even a huge sign saying this. Leave yuh breddren tusty ay!

5.     Watch no face nor waist. Jamaicans have no unanimous dress code. No one was over or underdressed and no one cared what the other was wearing or doing.

Biggest salute to Jamaicans too. It must be said, only when certain songs dropped did cellphones appear. De man and gyal dem in Jamaica aint reach stush levels and living with cellphones in de dance, and we hope they never will.

I could hit up another Jamaican Carnival fete easy. Y’all bring de vibe and I love that y’all embracing de soca on a grand scale. #BlazinginLove

Oh yeah, how could I forget, Savannah Grass hits LOUD in Jamaica! Coming down from de mountaiiiiins oh gawd oh! It was a choir of singers in de fete when the dj cut the music. And I loved every second of that! 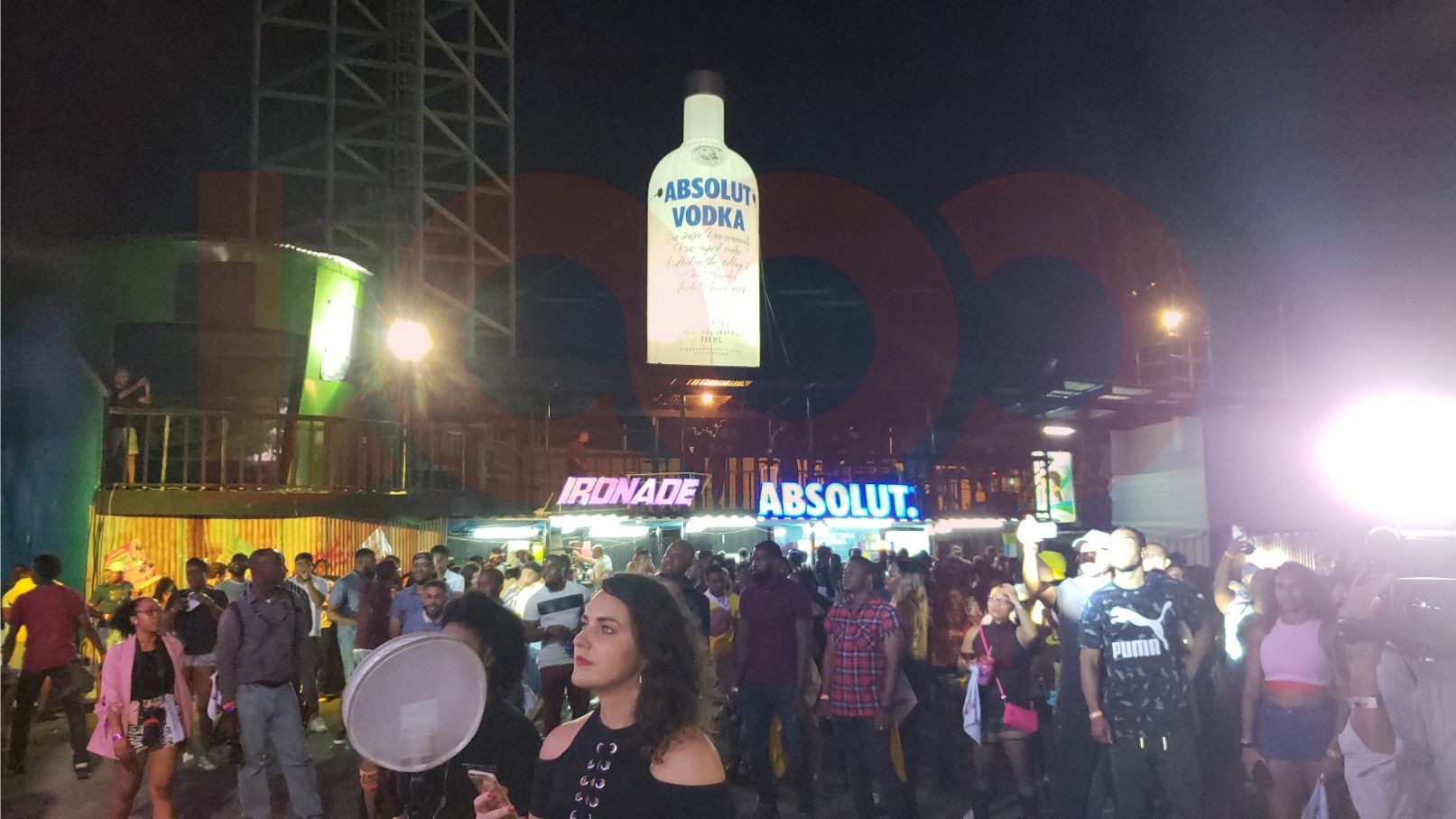 Fond farewell to flying to Jamaica from Barbados with stops