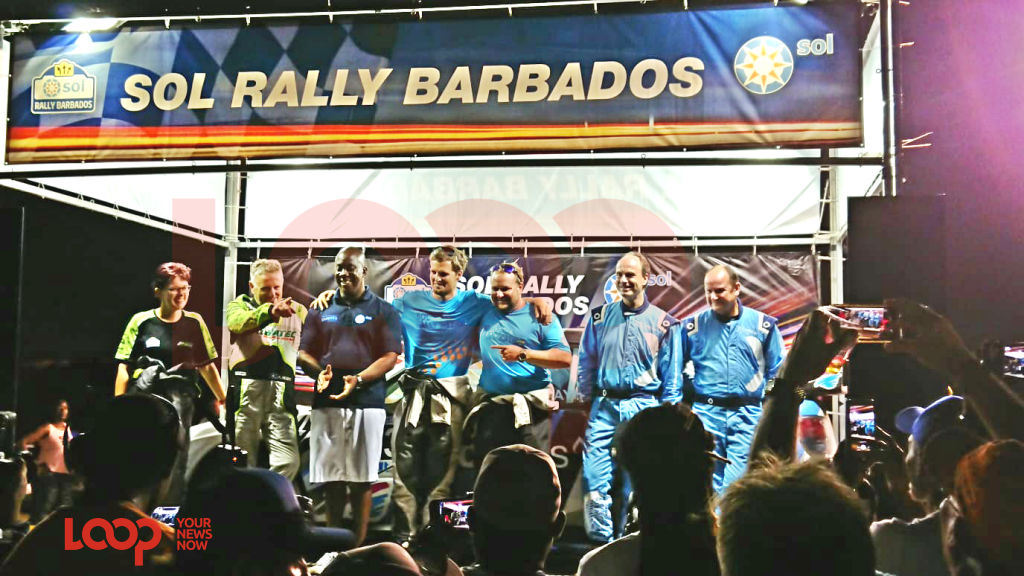 A Skeete took to the podium clinching the win in Sol Rally Barbados 2019 but it was the younger of the two entered.

Having made the decision since March 2019 to swap cars and reins, it was young Dane Skeete who climbed to the top of the podium in his father's Subaru.

The most successful driver in the history of the Barbados Rally Club’s (BRC) premier event, Roger 'The Sheriff' Skeete switched roles with son Dane for the 30th edition of Rally Barbados.

According to an article on rallybarbados.net dated March 23, 2019, 'With 13 victories under his belt, ‘The Sheriff’ is stepping down to facilitate “an all-Barbadian crew capable of taking the attack to them all”, swapping his Subaru Impreza WRC S12B, which has won the event three times in his hands, with the Peugeot 306 Maxi in which Dane finished eighth overall last year.'

And the rest is history now as they say.

First place went to Dane and his  co-driver Tyler Mayhew.

After taking the King of the Hill title last weekend for the fourth year straight, Jamaica's Jeffrey Panton and Michael Fennell Jnr were pegged as potential winners for the entire rally but a crash just after midday on the final day, today, Sunday, June 2, 2019, took the chances of a podium finish clean out of their hands.

Second and third place went to Britain and Scotland respectively.

Duckworth finished second behind Dane and Fennell, with Scott rounding out the top three for 2019.

Panton and Fennell speed ahead at Sol Rally Barbados 2017