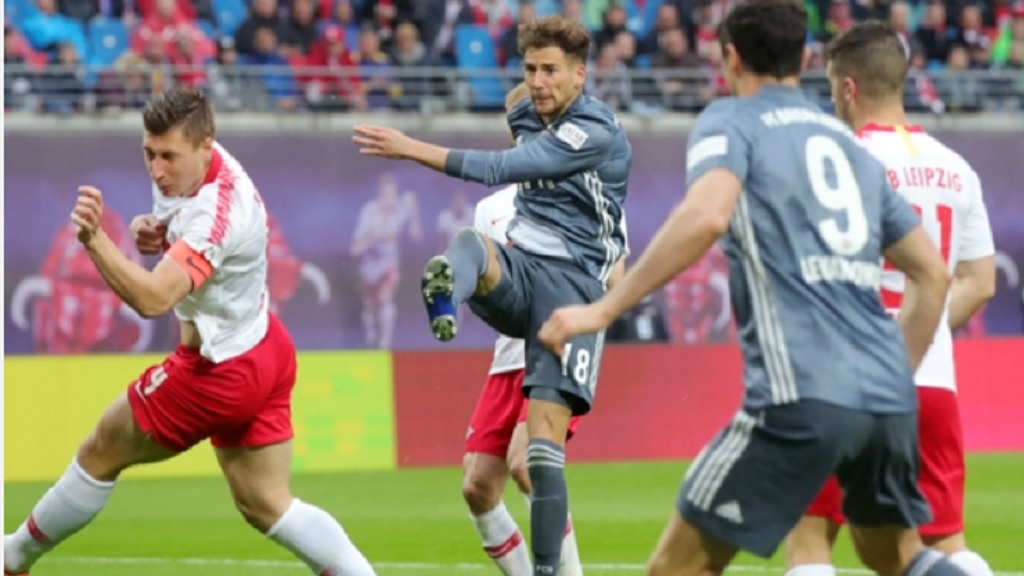 Leon Goretzka scores against RB Leipzig, before the goal is disallowed.

Bayern Munich president Uli Hoeness blasted the VAR decision to disallow the Leon Goretzka goal that would have secured the Bundesliga title as the "joke of the year".

Niko Kovac's men ultimately slumped to a 0-0 draw away to RB Leipzig, meaning they head into the final weekend of the season just two points ahead of second-place Borussia Dortmund, who beat Fortuna Dusseldorf 3-2.

Bayern needed to match Dortmund's result and would have done so had Goretzka's 51st-minute strike stood, but it was chalked off after a VAR review adjudged Robert Lewandowski to be marginally offside.

Hoeness was fuming at the decision, with his understanding of VAR technology being that it should only be used in clear-cut cases, rather than those that are marginal.

"I saw a great performance from our team," he told reporters. "We were clearly the better team with many, many chances to score.

"The so-called offside is the joke of the year because that was not a clear mistake. The video evidence is there to correct clear mistakes.

"It was the same height, millimetres are no advantage. But you're always negative anyway, we're not used to it any other way."

Hoeness was similarly prickly when asked about reported Bayern target Timo Werner playing for Leipzig, with a reporter asking the former West Germany international if he was paying particular attention to the 23-year-old.

"Today I've looked at the Bayern players and not the whites [Leipzig players]," he added. "We're playing for the championship and you [the media] are always looking for other avenues.

"If a dog bites a steward soon, that's more important to you than the football game. We have to get used to that.

It's only pain! Klopp hopes Liverpool trio can return