Blast in northern Syria kills at least 36; cause unclear 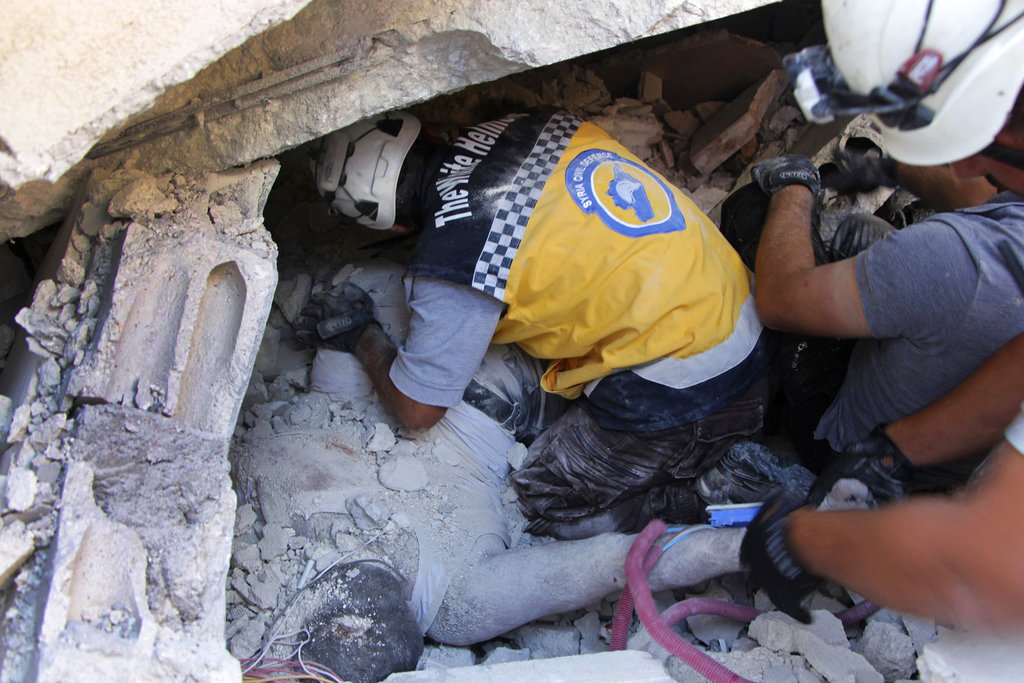 An explosion in northern Syria killed at least 36 people Sunday and wounded many others, but the cause of the blast wasn't immediately known, opposition activists said.

The opposition-run Syrian Civil Defense, first responders also known as the White Helmets, said the blast occurred in the village of Sarmada near the Turkish border, killing 36 people and wounding many others. The explosion collapsed two five-story buildings, burying many of the victims, it said.

The Britain-based Syrian Observatory for Human Rights put the death toll at 39, including 21 women and children.

An opposition media collective known as the Smart news agency, said the dead included civilians as well as members of the al-Qaida-linked Levant Liberation Committee.

The Observatory said an arms depot in the basement of a building had detonated. It said the depot was run by an arms dealer close to the Levant Liberation Committee.

Meanwhile, Syrian government forces fighting rebels in Idlib province have sent more reinforcements ahead of a potential offensive on the last major rebel stronghold in Syria.

The pro-government Al-Watan daily said Sunday that huge military reinforcements have reached the outskirts of Idlib province as a preliminary step to launch a wide-scale offensive.

Quoting military sources, the paper said that troops have reached the northern countryside of the neighboring Hama province as part of military preparations to recapture Idlib province.

The expected offensive on Idlib comes after government forces captured major rebel strongholds earlier this year near the capital Damascus and in the southern provinces of Daraa and Quneitra.

Government airstrikes on the province on Friday killed dozens.

Pro-government activists said on social media that the elite Tiger Force, led by Brig. Gen. Suheil al-Hassan, arrived in northern Syria to spearhead what they called the "Dawn of Idlib" operation.

Israel hits dozens of Iranian targets in Syria after barrage