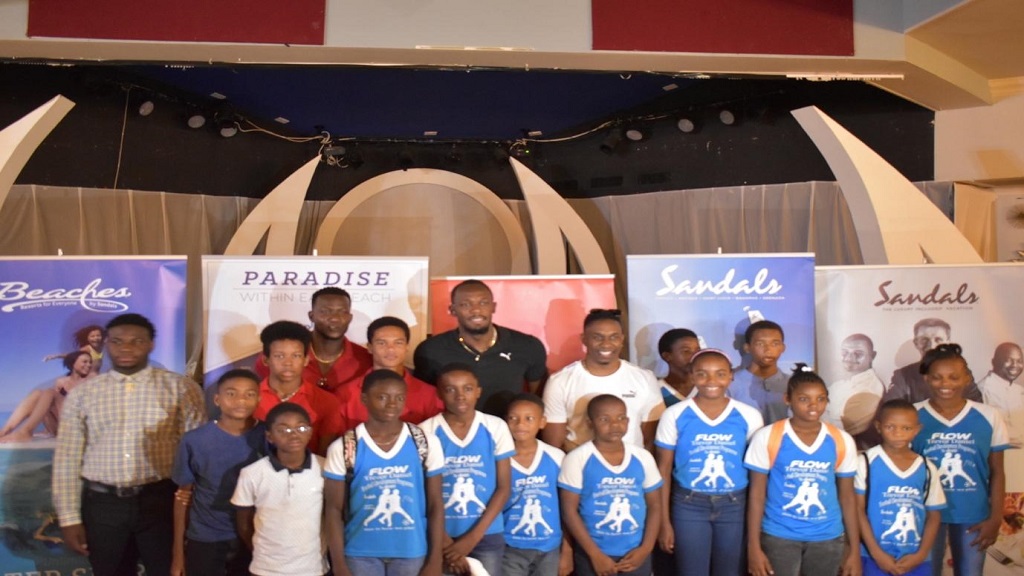 Sammy, who made history by becoming the first Saint Lucian to make the international cricket team and the first captain in history to lead his team to two consecutive T20 World Cup championships, shared the power of mindset with the group who ranged from adolescents to teenagers from tennis, swimming, cricket, and other sports.

“If you imagine in your mind, and believe with all your heart you can achieve with all your might”: Sammy attributes his success and rise from a small rural town in Saint Lucia with little formal training to become a world-class athlete to this philosophy of self-belief supported with hard work.

Bravo told the young athletes that they should be mindful of the company that they keep and to surround themselves with the right people. He cautioned that criticism will come but that is part of the journey in achieving your dreams, so they should keep going.

Bolt shared his story of his passion for sports — football, track and field, and cricket. He said he was always a massive cricket fan. He was a supporter of the Pakistan team as a young child until he realized his allegiance should be to West Indies.

But his most inspirational message that was shared is that: “I have been through injuries throughout my whole career. If I had given up, I would never have become the fastest man in the world.” He also shared that he has scoliosis which has always caused problems but he always wanted to be great.

“I wanted to be the best in the world so I continued pushing myself throughout failures. I really wanted to be at my best,” he said.

Bolt said that during one of his first meetings with his coach, he was told: “Everybody on the circuit has talent, it is who works harder at their talent will become one of the best.”

After the short speeches from sporting legends, the young athletes had an opportunity to take photos and autographs with them.

Bolt and Sammy also made a quick stop to visit Prime Minister of Saint Lucia Hon. Allen Chastanet, who shared his vision and plans for sports development on the island which the world-class athletes applauded.