Botanical Roots: Why you should eat otaheite apple 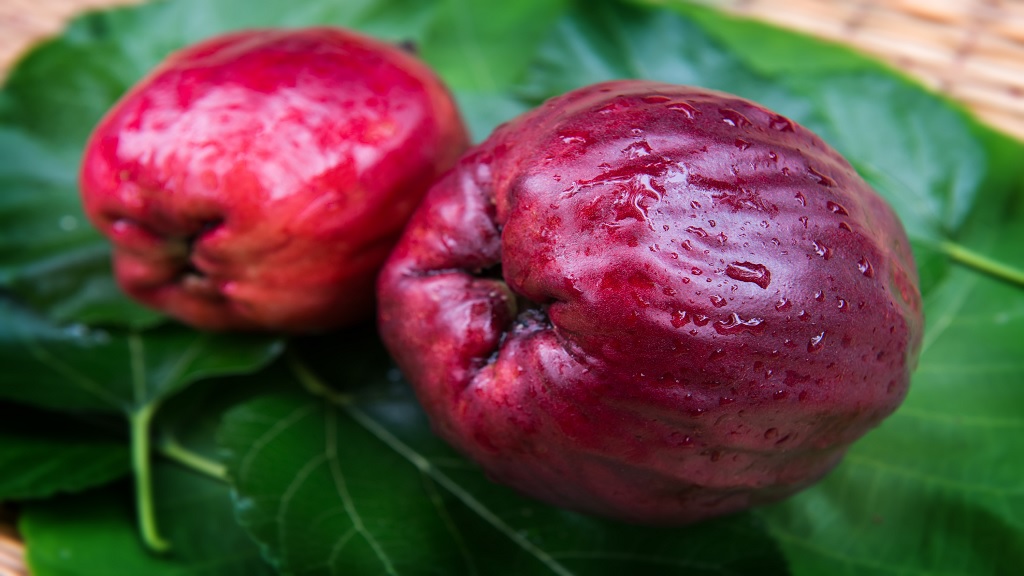 It was introduced in Jamaica in 1793 and is today a treasured fruit in the island.

Indeed, Jamaicans love their otaheite apple for tasty and healthy reasons. A red fleshy fruit that is shaped similar to an American pear, the apple goes fast when in season.

The best tasting ones are the ones with a deep purple colouration. It is commonly eaten raw, freshly picked off the tree, but is also regularly used to make a refreshing juice.

This apple is not only easy on the taste buds but is also easy on the body given the number of health benefits to be derived from consuming the fruit which is rich in vitamins and minerals, as well as organic compounds.

The otaheite apple contains flavonols, phenolic compounds, sequiterpenes, and some amount of carotenoids, all of which act as antioxidants which help to ward off the effects of several forms of cancer.

With significant levels of vitamin A and C, the otaheite apple helps to improve vision, promotes healthy hair, prevents the development of cataracts, nourishes the skin and boosts the immune system.

The iron in the fruit helps to build strong bones while the high level of fibre is good for the digestive system of the body.

The otaheite apple is also used in the treatment of diabetes, as it serves as a substitute for regular sugar. The sugar content in the fruit is low, but high enough to meet the needs of the body.

Botanical Roots: Why you should eat almonds

Botanical Roots: Why you should eat sweetsop

Botanical Roots: Why you should eat pumpkin