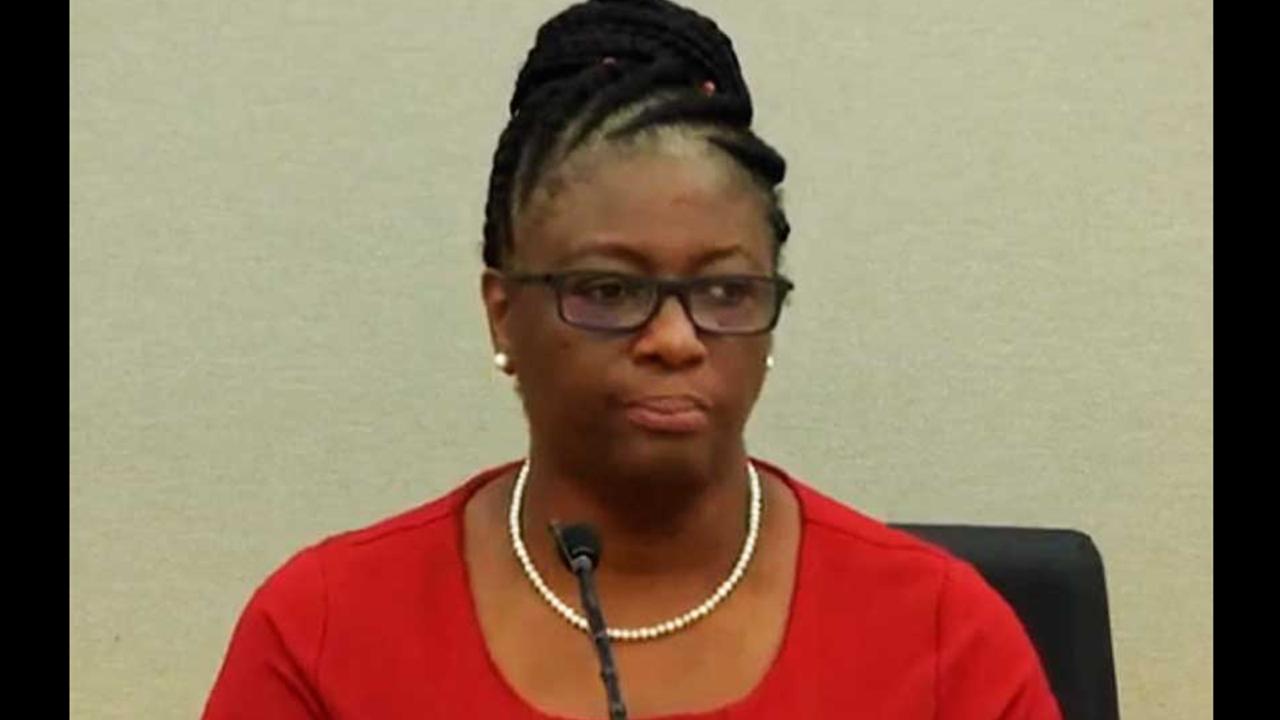 Allison Jean, the Mother of Botham Jean, who was in his apartment when he was shot and killed by former Dallas police officer Amber Guyger.

It is nothing more than a political stunt!

That's the assertion Allison Jean made in response to the Executive Order signed by US President Donald Trump on Tuesday.

The executive order, many believe, is the first definitive step taken by the president to address the national outcry over the prevalence of police brutality.

It will allow for the establishment of a database that will track police officers with a known history of using excessive force.

In 2018 Botham Jean, a St Lucian man, was shot and killed by a police officer while in his Dallas apartment.

His mother told Loop that the widespread protest in the United States which were sparked by the gruesome death of George Floyd at the hands of police has forced the authorities to pay attention and take steps to address the issue.

“I just listened to the President of the United States Donald Trump mention my son’s name, Botham Jean and what it means in the context of an Executive Order that he has just signed it speaks to the use of force, and overall proper training for police officers. It’s under the whole umbrella of police reform. What this is saying to me and my family is that what my son Botham suffered at the hands of a white female police officer could have been avoided if officers were properly trained.

Subsequent to his death we saw several other black men and women being killed at the hands of police officers which has now sparked riots and protests in the United States. I am seeing this as another stage of development that is leaning closer to the greater recognition of black lives. The whole issue of black lives matter is what is coming to the fore at this stage.”

She is not convinced that the US President is genuinely concerned with addressing the disparity between the value placed on black and white lives in the United States.

In fact, Jean described Trump’s order as a ploy meant to sway voters when they head to the polls in November.

Even so, she believes that the widespread protests are indicative of the determination by the black community to be heard and acknowledged as equally important.

During his speech, the US President did not directly address the issue of racism which is often at the root of police brutality claims in the United States.

Instead, he said repeat instances of officers killing unarmed black Americans rested on a small number of individual officers.

Jean told Loop: “I am not an American and I will not meddle in American politics but I believe it is a political stunt to seem to be recognising black people to see how much they could be swayed to vote for Trump in November. However, it does bring some benefit to my family because the police reform is intended to improve the policing system in the United States so I’m hoping that my three grandchildren in the United States will be living in a better place when they are approached by police.”

She said some of what the President said during his address supports her family’s civil claim against the City of Dallas.

President Trump said on record that he is taking executive action to encourage police to adopt the highest and the strongest professional standards to deliver a future of safety and security for Americans of every race, religion, colour and creed.

Jean said: “The fact that Donald Trump actually said that proper training might have prevented the tragic death of Botham Jean…To hear the President say that, reinforces our civil claim that it was improper training that was given to Amber Guyger by the City of Dallas that caused her to act in the way she did when she approached Botham on September 6 2018. So I’m hoping that out of that we would hear of the settlement by the Dallas City so we can continue our lives. It has kept us back for a while”

She hopes that the protests and the President’s executive order would result in improved policing in the United States and her native St Lucia.

Loop St Lucia's Persons of the Year: The Jean Family