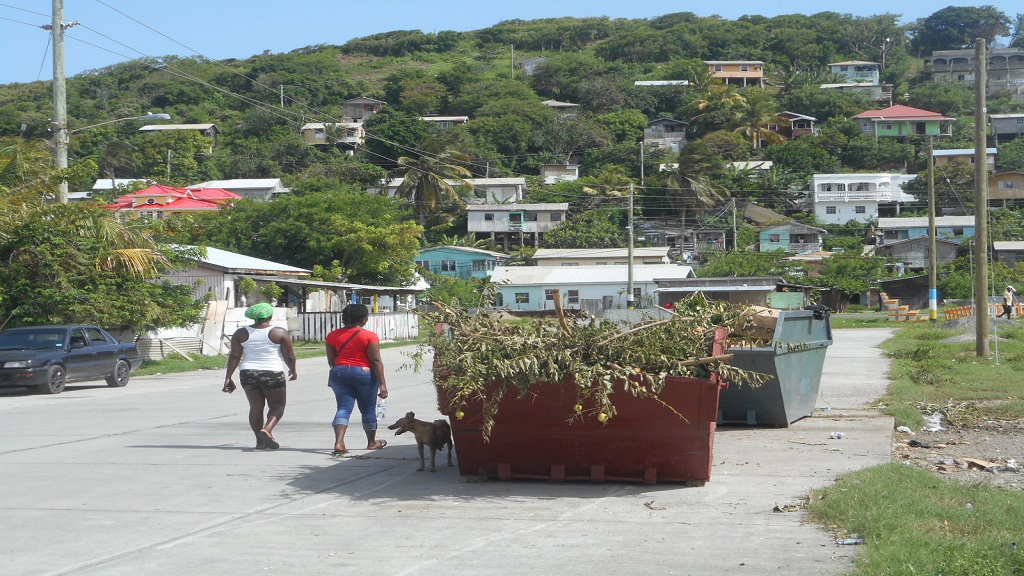 Residents of Bruceville, Vieux-Fort, have welcomed a clean-up exercise in their community which saw approximately 11 trucks of plastic waste collected in one day.

The exercise, which was conducted on Sunday by the Ministry of Infrastructure in collaboration with the Vieux-Fort South Constituency Council, focused on cleaning the main drain in the community in preparation for the hurricane season which commenced in June. The Saint Lucia Fire Service also assisted in the exercise.

According to information emanating from the Vieux-Fort South Constituency Council, the main drain in the area, which has not been given attention for a number of years, causes flooding during the hurricane season.

The drain, which is covered with slabs, collects water from several parts of the community which ends up in the sea.

Residents of Bruceville say it’s close to a decade since there has not been a major clean-up in the community, where the entire community was cleared of all types of rubbish.

David Charles, a resident of the area said: “I welcomed the clean-up…Bruceville deserves it. The drains clog whenever it rains heavily.”

Francis Joseph, another resident said he appreciates the initiative very much because it will help to reduce the impact of any disaster caused during the hurricane season.

“Whenever it rains heavily, the water in the main drain carries rubbish from several parts of the town with it, which clogs it,” Joseph said.

According to Joseph, such an initiative also reduces the workload of the Vieux-Fort South Constituency Council.

Another resident said: “Every minute of the day all sorts of rubbish are dumped in the drains. It’s a serious problem and one day we will pay for it.”

Workers of the company contracted to collect garbage in Vieux-Fort say a large quantity of garbage is usually collected in Bruceville, one of the most troubled areas in the town. It is also one of the areas where garbage is seen strewn all over the place, creating an unpleasant sight.

Just yesterday, workers employed with the Short Term Employment Program (STEP), who cleaned an area in Bruceville near the beach, told Loop News that they were surprised by the amount of rubbish they collected there in a short space of time.

According to them, if there is a flood in the town of Vieux-Fort everyone living there will perish because of the severity of the flooding the clogged drains in the area will cause.