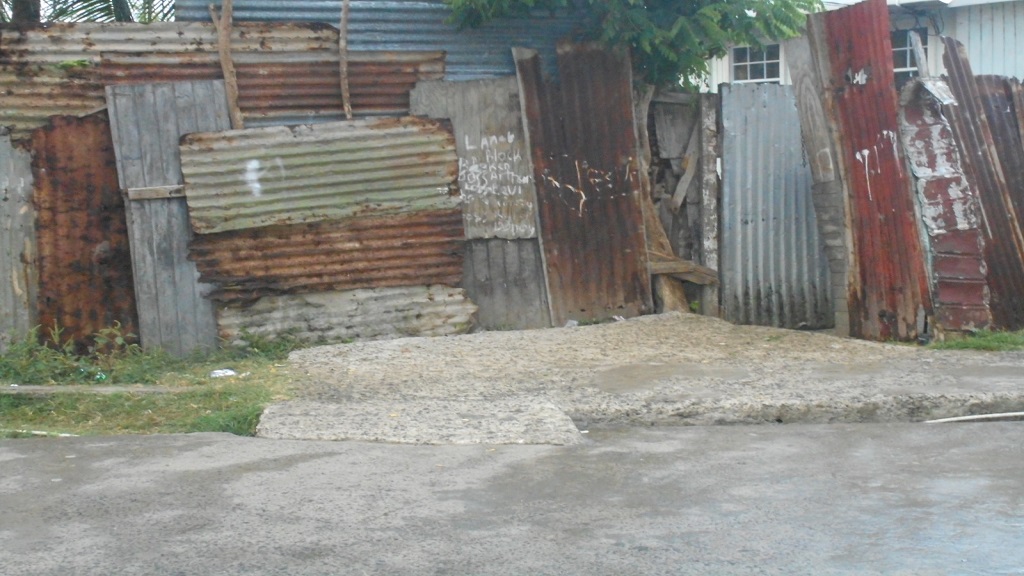 The area where the incident occurred

Police are on the hunt for a man who is well known to them in connection with a shooting incident in Vieux-Fort which has left a resident hospitalized, nursing gunshots wounds.

Jahmil Pierre, 25, of Bruceville, was shot in his leg and arm by a lone gunman wearing a hoodie about 8.30 am yesterday, in Bruceville, one of the most troubled areas in Vieux-Fort.

He is reported to be in stable condition at St. Jude Hospital.

Both the assailant and victim have had several brushes with the law and are well known to the Vieux-Fort police.

After the incident, the assailant, who is not from Vieux-Fort, fled the scene. He is not only wanted by the police but also residents of the area who say, “we want his body.”

There are conflicting reports as to the cause of the incident, which has angered the victim’s family, who is calling for swift justice in the matter.

Isachar Mitchell, the victim’s sister told Loop News that the incident is not gang or drug-related.

Mitchell claimed the assailant shot her brother after entering into a matter which did not involve him. She said her brother had a problem with another individual who is the assailant’s friend.

According to her, after shooting her brother four times, he tried to hide under a house, but the assailant attempted to continue shooting him, but it appeared his gun had jammed.

Bruceville is notorious for bloody confrontations, which over the years have claimed the lives of a number of young men in the area. Most of the violent incidents in Bruceville, the home of one of several gangs in Vieux-Fort, were gang-related.