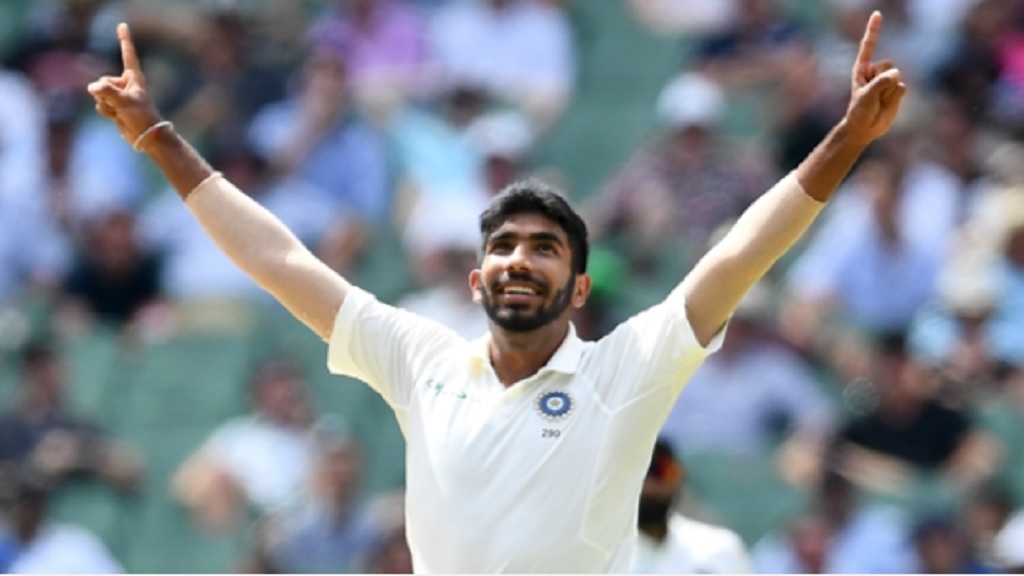 India star Bumrah finished with a career-best haul of 6-33 to skittle Australia for 151 in a dominant display of bowling at the MCG on Friday.

Bumrah became the first Asian bowler to take a five-for in each of Australia, England and South Africa in the same calendar year before Virat Kohli opted against enforcing the follow-on, with India looking to add to their 292-run lead.

With Australia's backs against the wall, Cummins (4-10) led a fightback thanks to a devastating spell of bowling that yielded four wickets in just eight balls – a previously dull surface suddenly coming to life.

Earlier, it was the Bumrah show as Australia were put to the sword by a relentless India bowling attack in sweltering Melbourne.

Australia were already on the back foot following Pujara's century on day two - the hosts resuming on 8-0 in reply to 443-7 - and Friday provided little respite as Aaron Finch (8) was sent packing by Ishant Sharma (1-41) within 30 minutes of play.

Marcus Harris was the joint top-scoring Australian alongside captain Tim Paine with 22 – highlighting the team's batting woes – after the opener fell victim to a short delivery from Bumrah to leave the home side reeling at 36-2.

It took 17 balls for Shaun Marsh to get off the mark as India gained control and pushed the Aussies back at the MCG, where home hopes were dealt a major blow when Usman Khawaja (21) was caught by Mayank Agarwal off the bowling of Ravindra Jadeja (2-45).

Bumrah sent a dagger through Australia's slim chances when he trapped Marsh lbw for 19 with the final ball before lunch and the India star continued where he left off early in the second session – smashing over middle stump to dismiss Travis Head (20).

Things went from bad to worse for Australia, with Mitchell Marsh (9) – recalled at the expense of Peter Handscomb – playing a wild shot and edging Jadeja to slip.

A delightful delivery from Mohammed Shami (1-27) ended Cummins' resistance on 17 before Bumrah cleaned up the tail as Paine, Nathan Lyon (0) and Hazlewood (0) were dismissed within two overs.

A difficult day at least ended on a bright note for Australia as Cummins bounced out Vihari before Pujara, Kohli and Rahane were all caught down the leg side, Hazlewood getting in on the act as Rohit slashed to slip late in the piece.