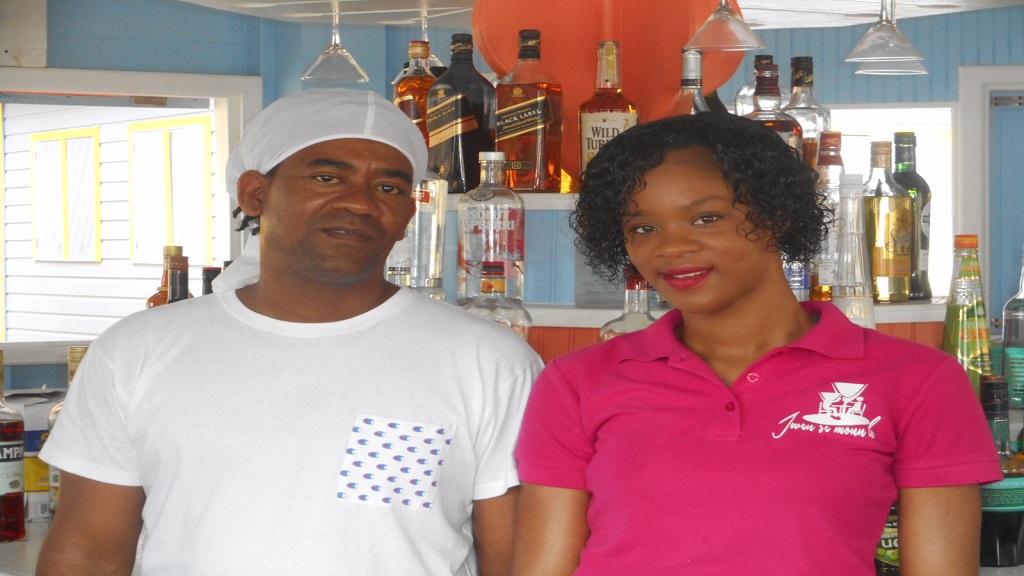 Innocent Pierre and a member of his staff

Persons leasing booths at the Soufriere Beach Park are beaming with delight due to the number of sales they have made since its opening and the potential for their businesses becoming a tremendous success in the near future.

According to the entrepreneurs, since the opening of the beach park on April 5th, they have already experienced signs of success. They say their sales have been good and from all indications, their businesses will grow.

The beach park, which was financed by the Taiwanese government, the Government of Saint Lucia and the Soufriere Regional Development Foundation (SRDF) cost approximately EC $3.5 million. It was designed to promote entrepreneurship and sustainable jobs for small businesses in Soufriere, such as water taxi operators, vendors and water sports operators, among others.

It boasts a restaurant, a spa, a smoothie bar, a pizzeria, a tourism information centre, a souvenir shop and outdoor showers.

When work on the project began early last year, certain persons in the community criticized it - but many of them are now seeing its potential.

Joshua Hippolyte, who owns a bar at the beach park, said he is very much satisfied with his sales since the park opened and expects them to improve significantly in the future.

“Right now I have no complaints. So far, so good…” he told this reporter in an interview. 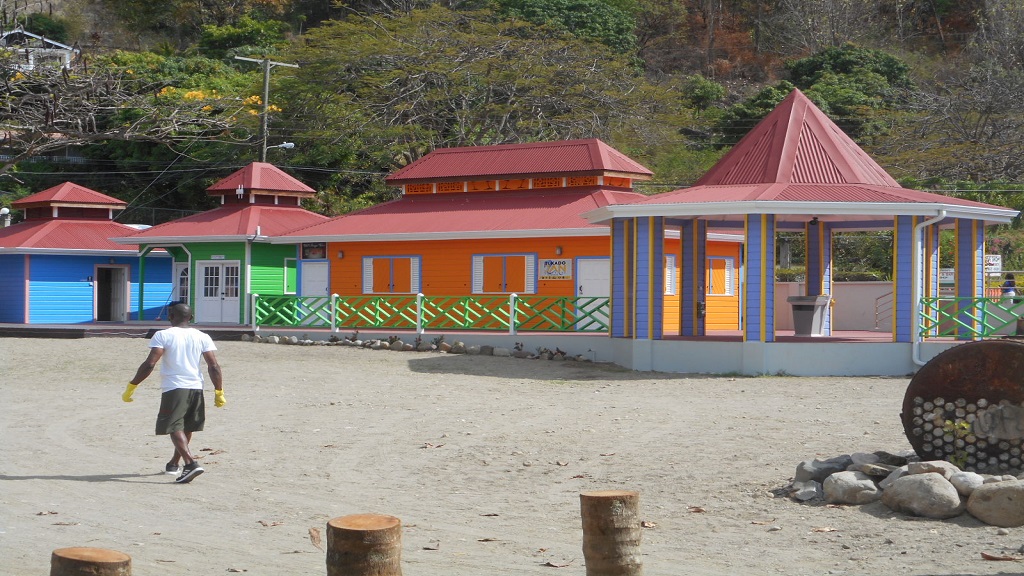 Innocent Pierre Louis, another proprietor who owns a bar on the beach, said: “Things are going very well. I am very much satisfied with the sales I am making.”

He said he expects people from other parts of the island to flock to the beach park to experience what Soufriere has to offer.

“The Soufriere Beach Park is the place to be. The area has been enhancement,” Louis said, adding that the SRDF has done a wonderful job in transforming the community.

According to Louis, he and several other like-minded persons in the community will be holding a number of social and cultural events at the park to keep it alive.

Fidelis Francis, a longtime vendor on the beach who had expressed concern that she would not be given a booth when the beach park is completed, is now in glee.

“I am happy. I am doing good business here,” she said.

A number of residents from the community, who this reporter spoke to a few days ago, said they expect the beach park to be transformed into a hive of commercial, cultural and social activity which will be the envy of other communities around the island.

Commenting on the feedback the Foundation has received from the general public since the opening of the park, General Manager of SRDF, Franklin Solomon said: “We are encouraged and overly excited by the positive reviews we get from tour operators, local residents and several other organizations.”

Solomon described the park as “a little haven” for persons seeking pleasure and relaxation, adding that it will be further enhanced.