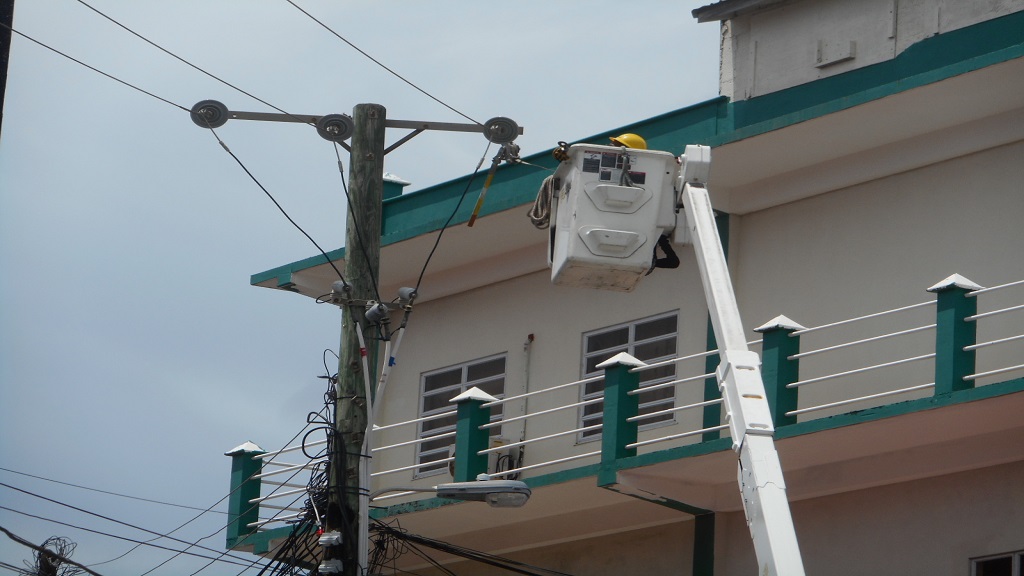 The police and fire officers were summoned to the scene, resulting in the area being cordoned off and a bus stand located in the area been temporarily relocated.

This is the third occasion in recent times that a pole in the immediate area has caught fire, in one case resulting in much panic among occupants of business houses nearby, who scampered out of the building.

The Saint Lucia Electricity Service Limited (LUCELEC) over the years has replaced utility poles in the immediate area where the poles have caught fire.

According to the minibus drivers plying the Vieux-Fort/Mon Repos route, whose bus stands are located in the vicinity of where the incident took place, there were signs that a utility pole in the area may catch fire from last week. They say during the heavy winds last week, bits of hot plastic was seen falling from a utility pole near their bus stand, which prompted them to call LUCELEC to check the pole.

Errol Charles said: “The were signs something would have happened on one of the poles in the area and it’s a good thing it was not serious …”

The situation has left the staff of business houses in the vicinity of where the incident occurred calling on LUCELEC to ensure that such a situation does not exist again.