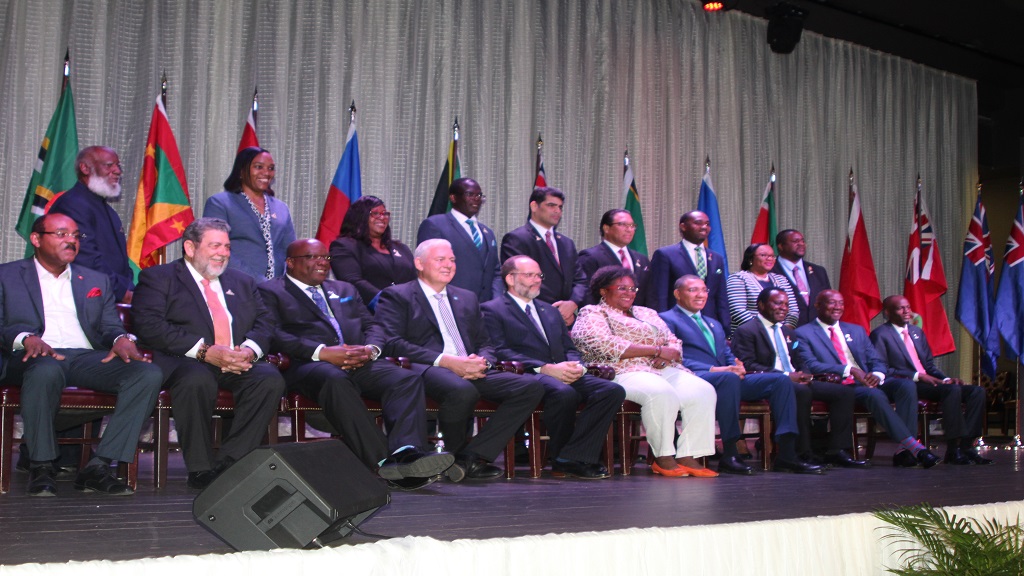 Caribbean Heads of Government agreed that a resolution of the political crisis in Venezuela could only be achieved through dialogue, a Venezuela-made solution, the absence of military intervention and respect for the rule of law, democracy, and the Constitution of Venezuela.

The Heads, over the next two days, will seek ways to reduce the political tension within the borders of their Spanish-speaking neighbour, which over the past year has germinated into a humanitarian crisis as nationals move to neighbouring countries in their millions to escape economic and other hardships at home.

“We have consistently argued that the cardinal principles to undergird a resolution of the political crisis in Venezuela include: (1) non-interference in the internal affairs of Venezuela, (2) inviolability of the Sovereign State, (3) respect for democracy, rule of law and the constitution of Venezuela, (4) peace and resolution of conflict,” former chairman of CARICOM, Prime Minister of Saint Kitts and Nevis Timothy Harris said at the opening of the Heads of Government Meeting last night in Saint Lucia.

“Venezuela is our neighbour, and our Member States are being affected by the crisis.  For us, this is not a geopolitical game of chess.  It is a situation creating hardships for millions of people right on our doorstep, fostering instability in our already fragile economies and exacerbating criminal activity.  We must make clear that CARICOM plays a role of honest broker.  All stakes are high,” said Harris.

He said the undermining of the Caribbean as a zone of peace; disruption of tourism and trade; uncontrolled migration with risks to health and socio-economic problems in member states, compounded by illegal trade in arms, cannot be whisked away.

“Colleagues, our engagement in the attempts at resolving the situation in Venezuela has clearly demonstrated that there is a role for us to play.  It also is now quite clear that our principled stance enunciated from the outset and our approach are now being accepted by other parties,” Harris said.

Saint Lucia’s Prime Minister Allen Chastanet called for the humanitarian situation in Venezuela to be addressed and emphasized the need for the Caribbean region to remain a zone of peace.

“Colleagues, the situation in Venezuela remains unresolved and continues to haunt us. The effect of the breakdown can now be seen plastered all over the media in our own countries. We cannot run away from the impact that this Venezuela issue is having, especially as it relates to security and immigration, in the countries within close proximity,” Chastanet said.

Saluting the region’s effort to provide an adequate response to the refugee and migration crisis in Venezuela that is affecting the wider region was the United Nations Secretary-General Antonio Guterres.

He did so at last night’s opening ceremony for the three-day meeting ongoing in Gros Islet, Saint Lucia.