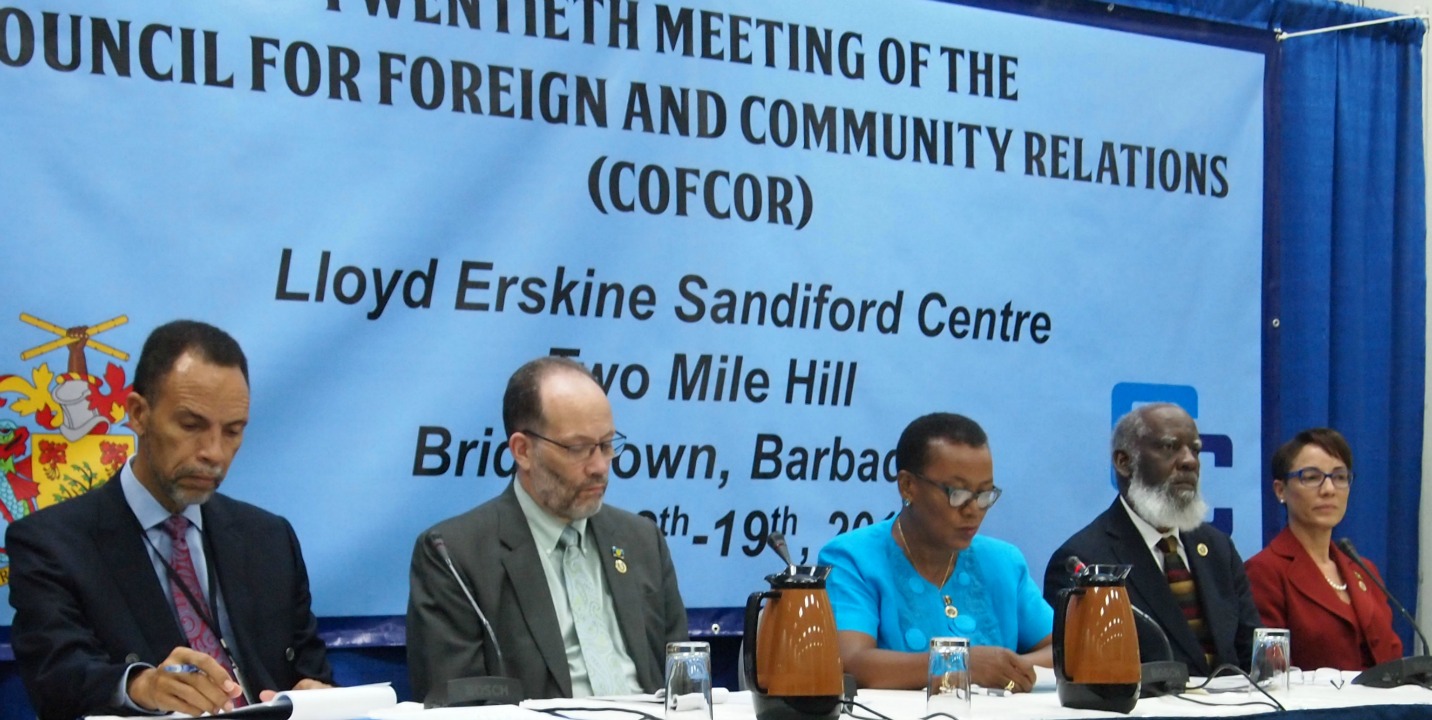 After two days of meetings with Foreign Ministers of CARICOM member states, a decision has been made to not intervene in the crisis occurring in Venezuela.

The Twentieth Council of Foreign and Community Relations (COFCOR) came to a close on Friday followed by a press conference chaired by Barbados’ Minister of Foreign Affairs and Foreign Trade, Senator Maxine McClean.

Venezuelan Foreign Minister, Delcy Rodriguez Gomez, briefed the delegates of the COFCOR meeting on updates of the situation in Venezuela and said CARICOM members are welcomed to mediate to find a peaceful resolution to the situation.

President of Venezuela, Nicolas Maduro, has been under immense pressure from the Opposition to call overdue elections in the midst of violent streets protests which have left close to 35 people dead many more injured.

However, at the press conference, Senator McClean said any intervention would have to be decided by government heads.

“The decision to mediate would have to be determined by our heads. We would have to put that before our heads for consideration. I would not be in a position to say that we would mediate but certainly we would want to do all we can to facilitate resolution of the matter.”

Shortly before the closing press conference, COFCOR issued a vaguely worded statement on CARICOM’s stance on the Venezuela situation. The statement said in part:

“They [Foreign Ministers] reiterated the importance they accord to maintenance of the rule of law, respect for human rights and democracy, as well as to the fundamental principles of non-intervention and non-interference in the internal affairs of states. These values and principles were viewed as being of paramount importance when addressing international situations of concern.”

Senator McClean said the Caribbean Community would wait on a request for help from Venezuela before lending any assistance.

“The only way we can get involved is to be asked for assistance, recognising of course that developments in Venezuela are internal to that country so we can only do that by responding to a request.”

Outgoing Chair of COFCOR, Sir Louis Straker, Foreign Minister of St. Vincent and the Grenadines, had said he would be ‘forcefully persuading’ his colleagues to throw support behind Venezuela.