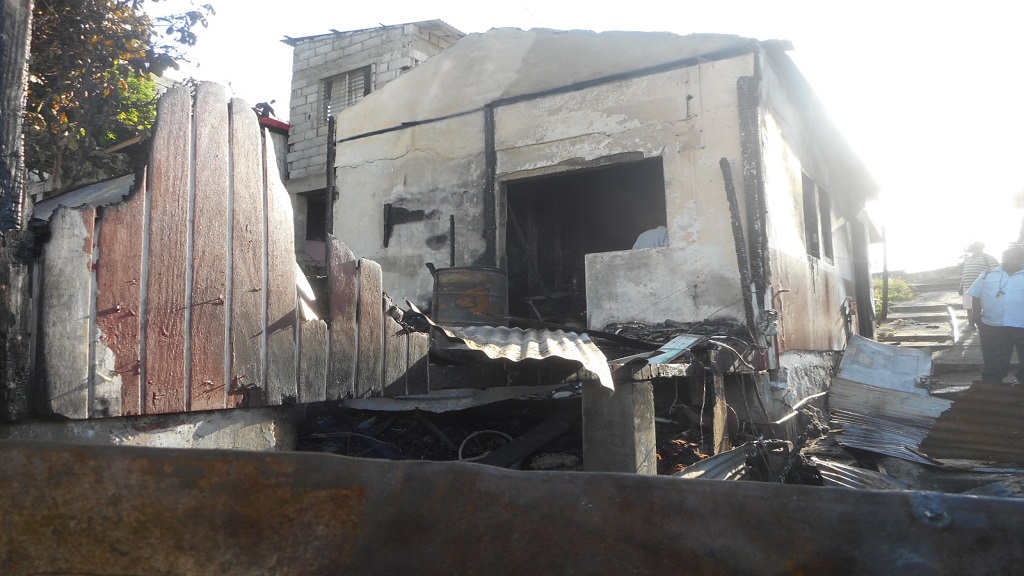 The remains of the Calvary Hill, Vieux-Fort after a fire

A family of five has benefitted from the generosity of a carnival band in Vieux-Fort who donated cash to the household, who lost their home to a fire.

“Action Carnival Band” on Friday donated $3,500 to the Joseph family of Calvary Hill, Vieux-Fort, whose house was reduced to rubble by a fire which had threatened to flatten the entire neighborhood.

No one was injured in the fire which occurred in February 2020. 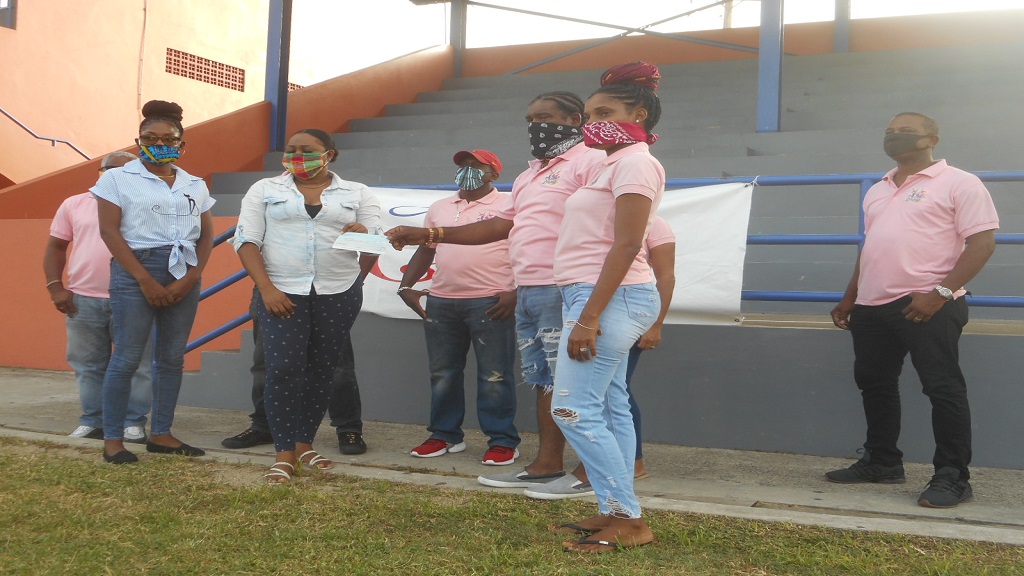 In making the presentation, Ricky Ettiene, leader of the carnival band, said his band is happy to assist the family. He said they felt the family would really need the help, so they reached out to them.

He added: “We saw the need to organize a fundraising activity with our friends and sponsors for the fire victims.”

According to Ettiene, just after the fundraising activity, COVID-19 came, which further gave rise for the need to assist the fire victims.

Marlia Joseph, one of the fire victims, who received the cheque on her family’s behalf, thanked the carnival band for its generosity saying it will go a long way in assisting the family in rebuilding.

“We must come together, unite and support each other,” she said.

At least three people made homeless by La Clery fire