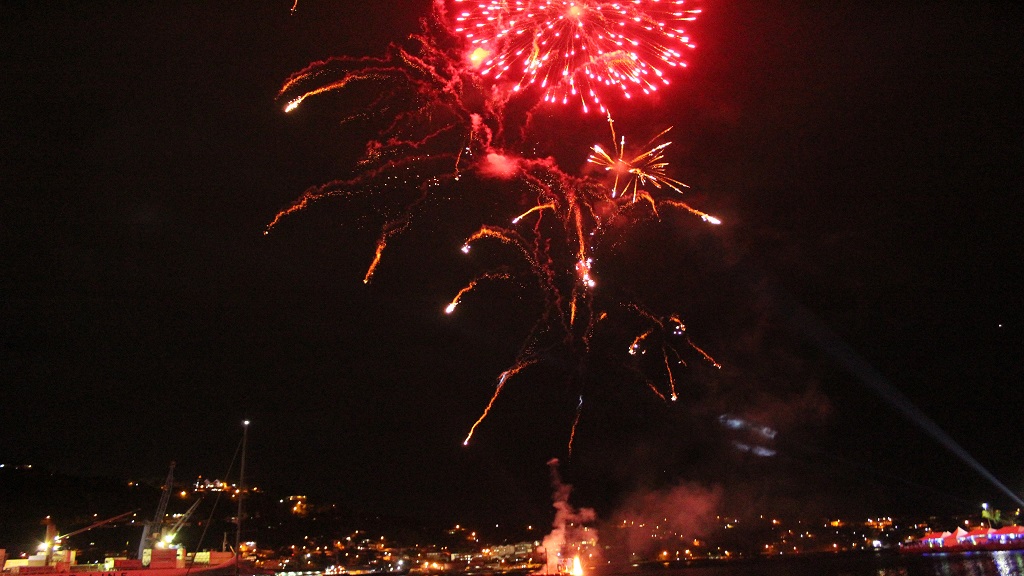 On the night of February 21, 2019, thanks to the celebratory sounds of drums and fireworks, the city of Castries came alive. Saint Lucia is celebrating its 40th year of Independence on February 22. To ensure the milestone was ushered in, in grand style, energy nor time or resources were spared.

One of the night's grandest displays of patriotism was the “The Saint Lucia Story”; a theatrical performance directed by Drenia Frederick and staged on The (SAB) Vigie Playing field. “This sort of thing is the best part of celebrating Independence because it shows that despite our setbacks, Saint Lucians are still very talented and capable,” one spectator said. The performance, which traced key moments of the island's history up to Independence and beyond, featured young and old Saint Lucians, stilt walkers, dancers, singers, musicians and some of the island's best actors.

“So forward together, remembering our past, to the glory awaiting, to the future at last,” Were the closing lines of the spectacle. It was followed by applause for The Saint Lucia Story producer, Adrian Augier, and the team of stage managers and sub-directors including Gregory Piper as the musical director. Choreographers included Trevor King, Barry George, Shakeena President Theresa Lowrie-Collymore, the Avad Dance Ministry, Helen Folk Dancers, Total Praise, and the Ensemble of Saint Lucian Drummers.

To top off the night, activities were taken to the Waterfront area in Castries for a ceremonial flag raising in the presence of many, including government officials. When the clock struck 12, blasts of fireworks echoed through Saint Lucia's capital, mimicking the sounds of the triumphal gunshots and crackling blazes that were said to accompany the moment then Premier John Compton signed the documents that would commence Saint Lucia's political autonomy.

Independence celebrations will culminate today, February 22, at 1:00 pm, with a parade from the John Compton Highway, through Central Castries, ending at the Vigie roundabout.