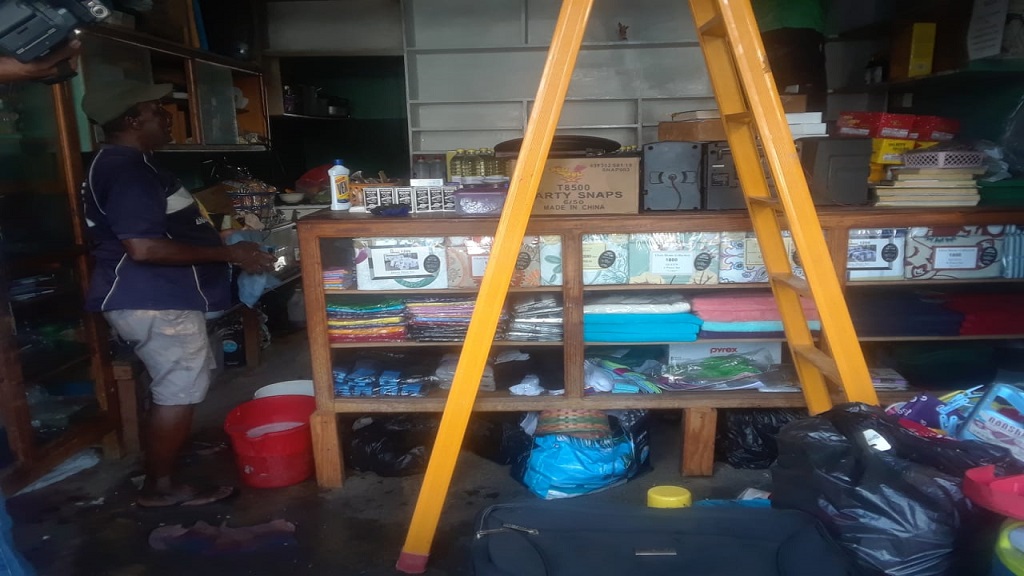 The quick action by members of the public may have prevented a repetition of the 1948 Castries Fire.

Firefighters responded to reports of a fire at shop SF5, located on the ground floor of the old CDC building along Jeremie Street around 10 pm Thursday, December 19, 2019.

Divisional Officer at the Saint Lucia Fire Service, David Antoine says thanks to the good efforts of a group of good Samaritans, the workload of the firefighters was minimal.

The variety store, he says, received fire and smoke damage that started off at the back of a refrigerator.

"At approximately 10.02 pm, firefighters from the Castries fire station responded to a structural fire on Jeremie Street. That structure consisted of a small variety shop measuring 10x20 feet in dimension. On arrival on the scene, fire officers had to make a forced entry into the structure, immediately after they were able to control and extinguish the fire that emanated from the refrigerator," Antoine said.

He thanked the valued assistance of members of the public who ensured the fire did not spread uncontrollably.

“When we got there personnel from the CDC area attempted to extinguish the fire from the back where they saw it emanating from. Even when we got there the place was inundated with water from what they threw in from the outside,” Antoine noted.

This is the second business in the city to be hit by fire in two days ahead of the Christmas season and the third in the past month.

On the night of the 19-20th June 1948, four-fifths of the capital was completely destroyed by fire.

The fire emanated from a tailor’s shop in the north-easterly part of Castries.

Voyager St Lucia back in business