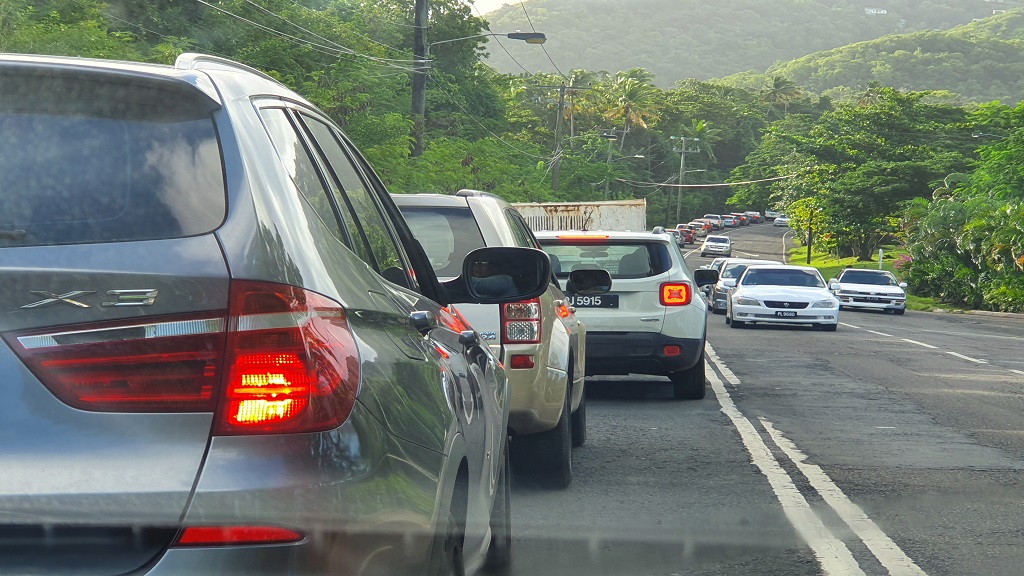 Morning traffic along the Choc Highway

The business community is incensed by what appears to be worsening traffic congestion because of the ongoing road-widening project from the Friendship Inn Roundabout to the Choc Roundabout.

The frustration of the corporate entities is being expressed through the Saint Lucia Chamber of Commerce.

The project, which officially began on August 12, was to be completed by early September; however, the deadline was extended due to unexpected hindrances including weather conditions.

On November 21, 2019, the Department of Infrastructure, Ports and Energy through a press release indicated that the second and final phase of the Sandals to Choc Road Widening Project, which includes milling, asphalting and road markings would begin from Saturday, November 23, 2019, however, the second phase began on December 2 and was expected to be for eight days ending on December 10, 2019.

That day has come and gone.

The executive director of the Saint Lucia Chamber of Commerce, Brian Louisy says the works are severely affecting businesses across the island, particularly businesses in the north.

“It is crippling businesses, it is taking much longer than anticipated,” Louisy said.

While he notes the importance of that section of road as being the main thoroughfare linking the north to the city, there should have been more effort put into completing the project promptly.

“There was an expectation that works, most of the works would be conducted at night, that is not taking place and so it is disruptive at a very critical time and the business community is not very happy. We are closer to the point of disgusted and more concern has not been shown for the timing of the works, the impact risks associated, starting the project at that time and I think worst of all, the communication between the agencies responsible and the business community has been at best pathetic,” Louisy lamented. 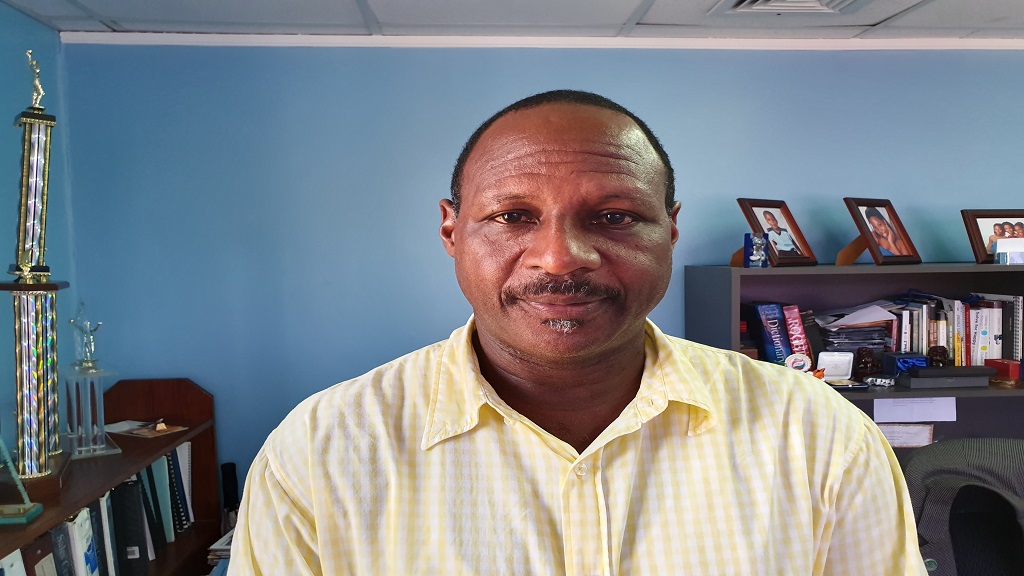 Louisy said they chamber met with Infrastructure Minister Stephenson King who expected the project to be completed over the weekend as he highlighted challenges with weather and equipment breakdowns, unfortunately, that was not the case.

The Department, he says, was apologetic toward the situation.

“The horse is already bolted; it is not a good state of affairs as far as the business community is concerned,” Louisy said.

Deputy Chief Engineer at the Department of Infrastructure, Len Leon says apart from the interference of the weather, the motorists created setbacks for them as well, even when vehicular traffic was diverted.

“The highway is being constructed right now and as a result, traffic has to be diverted, it’s the only way it can be done, it cannot be done while there is still live traffic,” Leon said.

“And even when we attempted to work in the night it was still being affected because of people driving on that surface. They slowed down, they were uncomfortable to drive on the rough surface and as a result, traffic backed up to Vigie, the ministry then had to bite the bullet and open the southbound dual lanes to accommodate two-way traffic, which means that one lane will accommodate southbound traffic while the other lane will accommodate northbound traffic,” Leon declared.

Given that good weather conditions continue, Leon says the project will be completed this week and the road will be opened to vehicular traffic as of Thursday, December 19.