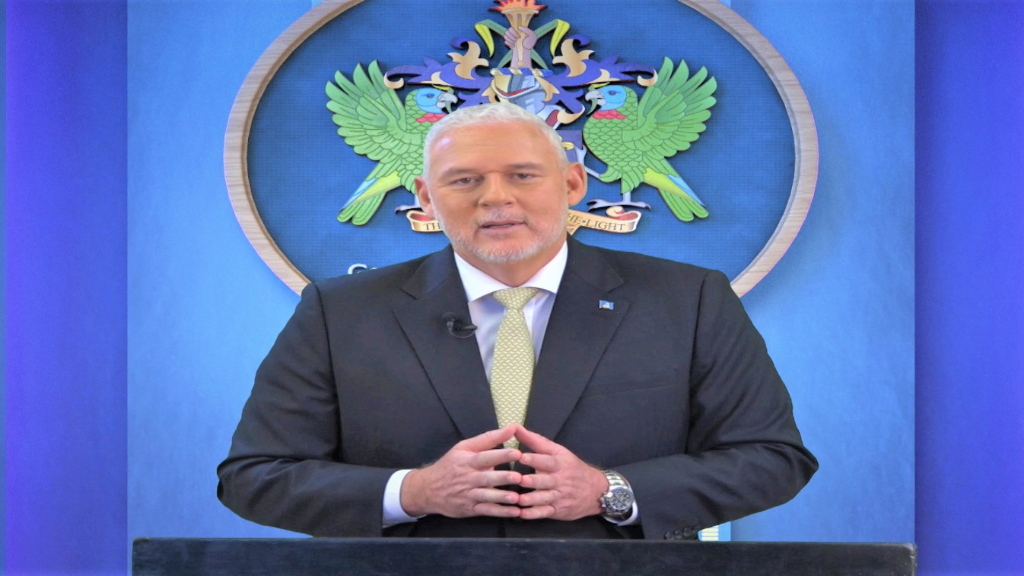 As the United Workers Party enters its fourth year in office, Prime Minister Allen Chastanet on Sunday January 12, 2020, in delivering his New Year’s Address to the nation, touted his administrations achievements over the past three years.

“You will recall that on assuming office in 2016, and on other occasions thereafter, I indicated that our government would need about three years before we would really start seeing tangible results.  Our task was not easy, in fact what we found was rather daunting - unemployment was at an alarming high of 25 percent, our country had gone through five years of zero or negative growth, we were facing crippling levels of debt and there was severe deterioration in our physical infrastructure, social services, particularly in health, education and in community services,” Chastanet said.

According to Chastanet, a number of institutions, economic and social sectors such as the police, judiciary, agriculture and education were in disarray.

Many projects undertaken by the former Saint Lucia Labour Party government such as the two hospitals, the desilting of the John Compton Dam and other critical projects were incomplete.

“The fiscal and economic situation was dire and there was a general sense of hopelessness all over the country. Immediately, our team of workers rolled up our sleeves and got down to the business of turning this situation around.” he said.

“We immediately implemented “Five to Stay Alive” as promised in our election campaign. This included reducing the 15% Value Added Tax; putting a freeze on property taxes; introducing an amnesty on hospital bills; reducing the vehicle licensing costs and doubling the allocations for the school feeding and transportation programmes.”

Other measures he said,  included doubling the budget allocation for agriculture; addressing deficiencies in the security and justice system; transitioning to the Owen King-EU Hospital; improving infrastructure in every constituency; creating economic benefits and employment, roads, community centres, sports facilities, primary healthcare services; improved water supply systems in the north and the south.

“Today, 3 ½ years into our administration, Saint Lucians can see and feel the positive signs that we are moving in the right direction.”

According to Chastanet, a recent IMF assessment on Saint Lucia described growth prospects as favourable and projected that the commencement of a number of imminent infrastructural projects will significantly boost growth in the 2020-2022 period.

“Unemployment which was at 25 % when we came in has been reduced to 17% according to the most recent reports from the Statistics Department, and we anticipate a further reduction this year. The undisputed fact is that our economy has recorded growth in every single year since we took office. I make this point to emphasize the fact that history shows that Saint Lucia always prospers under a United Workers Party administration. We have a track record laid down by our founding father Sir John Compton of consistently developing this country,” he touted.

The government he say is excited about several signature projects currently underway especially in the southern part of the island.

The address was delivered under the theme, “Now is the Time: Let’s do this together!”

EU grant to give regional COVID-19 fight a boost