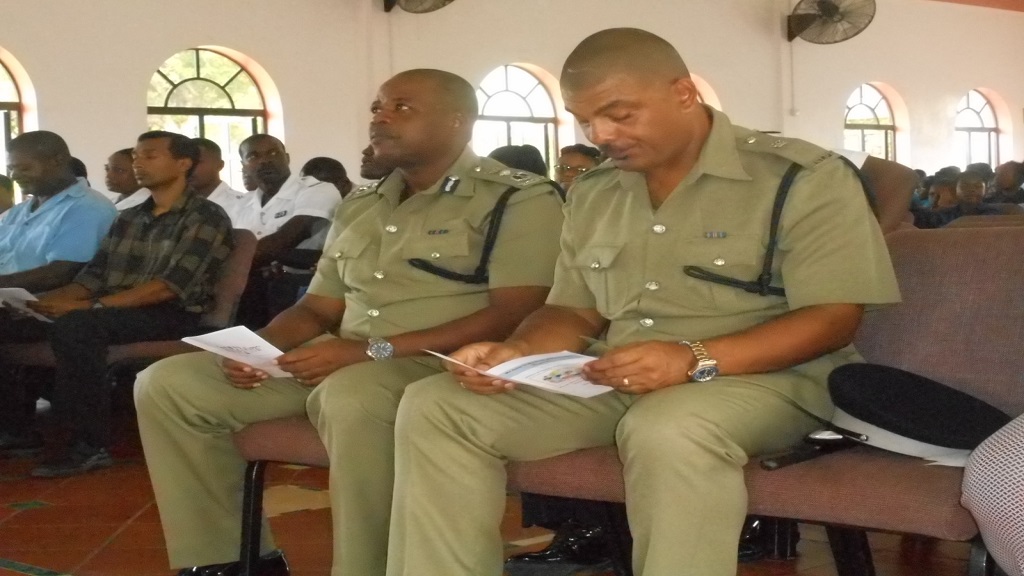 “Children of today are keepers of tomorrow” was the theme for the activities to commemorate International Children’s Day, which was held in Vieux-Fort yesterday, November 20, 2019.

The event, which was organized by the Community Relations Branch (CRB) of the Royal Saint Lucia Police Force (RSLPF), commenced with a church service at the Victory Pentecostal Church, which was graced with the presence of the Commissioner of Police, Severin Monchery.

In his brief address to the attendees, Monchery urged the children to be at their best at all times and associate with the right persons.

“Children are all born good people, but some of them turn out to be criminals,” Monchery said, adding that their future depends on how they live today.

According to him, what is needed in Saint Lucia at the moment is love.

“We walk around with anger and hate…” he lamented.

He called on the general public to offer guidance to our children so as to make them good citizens.

In his message, which was directed to the police officers, Bishop Thomas Eristhee of the Victory Pentecostal Church said that there are good and bad people in every profession.

“We have some good police officers, but as much as you have good ones, you will have bad ones,” Eristhee said.

He identified some of the qualities of a good cop as one who finds the facts, weighs it and avoids bribes.

“A lot of time people will try to bribe you but hold your head up…bribe may come, and you may take it,” Eristhee said.

Among some of the other attendees were officers of the Saint Lucia Prison Service, Saint Lucia Fire Service, port police officers, children from several schools in the south of the island and representatives of several government departments.

Students were awarded at the service for leadership and perseverance, and fathers for their interest they demonstrated in their children general upbringing.

After the service, a march pass was held in the town of Vieux-Fort.