China sentences 9 in fentanyl trafficking case after US tip 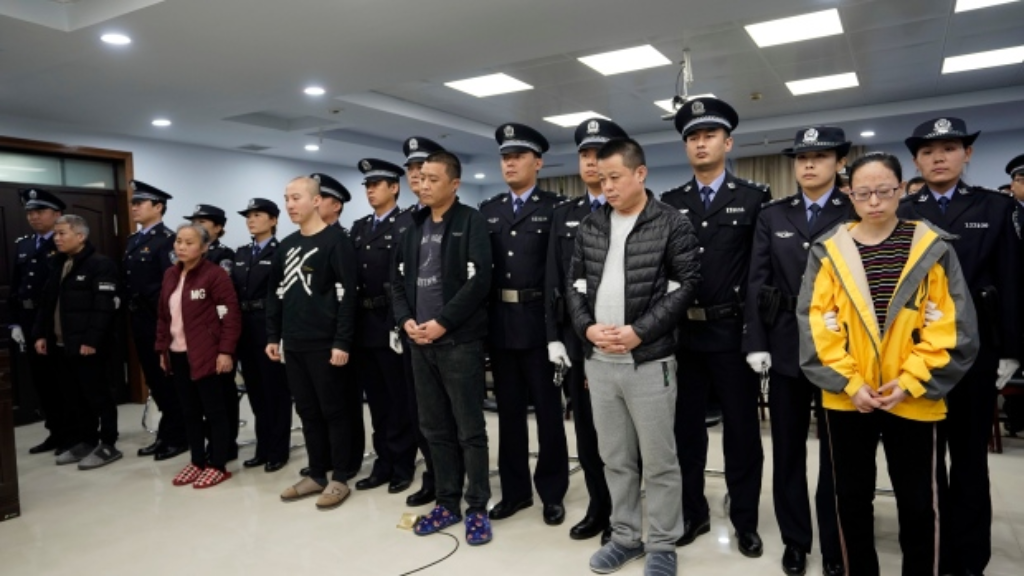 A Chinese court sentenced nine fentanyl traffickers on Thursday in a case that is the culmination of a rare collaboration between Chinese and US law enforcement to crack down on global networks that manufacture and distribute lethal synthetic opioids.

Working off a 2017 tip from the US Department of Homeland Security about an online drug vendor who went by the name Diana, Chinese police busted a drug ring based in the northern Chinese city of Xingtai that shipped synthetic drugs illicitly to the US and other countries from a gritty clandestine laboratory. They arrested more than 20 suspects and seized 11.9 kilograms (26.2 pounds) of fentanyl and 19.1 kilograms (42.1 pounds) of other drugs.

In form, the enterprise resembled a small business, with a perky sales force that spoke passable English, online marketing, contract manufacturing, and a sophisticated export operation, according to US and Chinese law enforcement.

But the business had grave implications. Police photographs of the seizure show a dingy, chaotic scene, with open containers of unidentified chemicals and Chinese police in rubber gloves and breathing masks.

Chinese officials said the Xingtai case was one of three fentanyl trafficking networks they are pursuing based on US intelligence, but declined to discuss the details of the other cases, which are ongoing.

Austin Moore, an attaché to China for the US Homeland Security Department, said the Xingtai case was "an important step" showing that Chinese and US investigators are able to collaborate across international borders.

Moore said Chinese police identified more than 50 US residents who tried to buy fentanyl from the Xingtai organization. Those leads prompted over 25 domestic investigations and have already resulted in three major criminal arrests and indictments in New York and Oregon, he said.

Scrambling to contain surging overdose deaths, Washington has blamed Beijing for failing to curb the supply of synthetic drugs that US officials say come mainly from China. In August, President Donald Trump lashed out at Chinese President Xi Jinping for failing to do more to combat illicit opioid distribution in China's vast, freewheeling chemicals industry. US officials have reportedly moved to link Beijing's efforts on fentanyl to US trade talks.

Yu Haibin, deputy director of the Office of China National Narcotics Control Commission, on Thursday called allegations that Chinese supply is at the root of America's opioid problem "irresponsible and inconsistent with the actual facts."

"Drug crime is the public enemy of all humankind," he added. "It's about the life of human beings. It should not be related with the trade war or other political reasons."

Chinese officials have been at pains to emphasize the efforts they have made to expand drug controls and crack down on illicit suppliers, even though synthetic opioid abuse is not perceived to be a significant problem in China.

But prosecuting cases against a new, rising class of Chinese synthetic drug kingpins has remained a challenge. Profit-seeking chemists have adroitly exploited regulatory loopholes by making small changes to the chemical structure of banned substances to create so-called analogs that are technically legal.

US officials have been hopeful that China's move earlier this year to outlaw unsanctioned distribution of all fentanyl-like drugs as a class will help constrain supply and make it easier to prosecute Chinese dealers.

According to the US Centers for Disease Control and Prevention, more than 500,000 Americans died of drug overdoses in the decade ending in 2017 — increasingly, from synthetic opioids like the ones sold by the Xingtai network.

The American opioid crisis began in the 1990s, when the over-prescription of painkillers like OxyContin stoked addiction. Many people who became hooked on pain pills later moved to heroin. Fentanyl — an even more potent lab-made drug that raked in profits — then entered the US illicit drug supply, causing overdose deaths to spike.